With the end of the UN arms embargo, Iran could be looking to purchase new additions to its defense system — could Russia become a main supplier again? 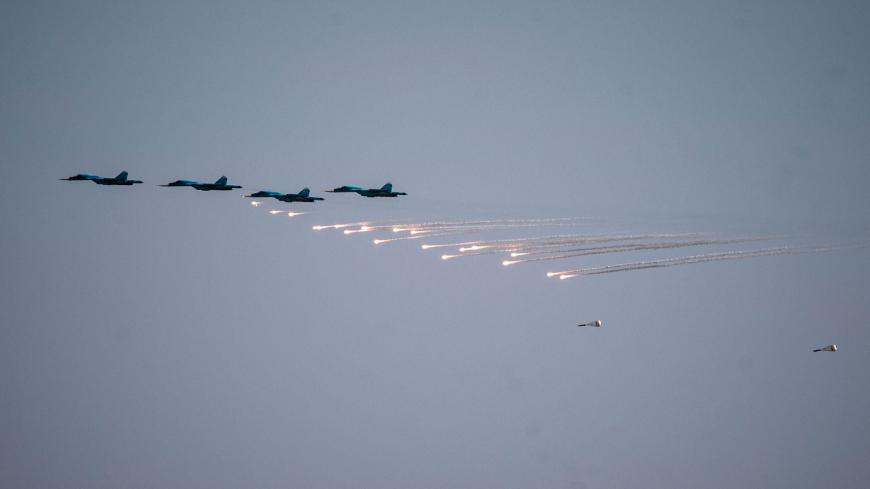 A decadelong UN arms embargo against Iran expired Oct. 18, following failed attempts by Washington to keep the ban in place. With the end of the embargo, Tehran can now begin to buy and export arms, including offensive weapons. Yet questions remain about whether or not weapons sales will proceed — and if they do, who will buy and sell?

There has been wide speculation that Russia and China could potentially supply Iran with new types of military equipment, as the armed forces of the Islamic Republic face an acute weapons shortage.

Over the past few decades, a certain pattern has developed whereby in some spheres of military-technical cooperation Tehran has established closer ties with Beijing, while in others with Moscow, and in yet others with Pyongyang. At the same time, Iran, in matters of acquiring the most modern technology — mainly for its air force and air defense — looks primarily at Russia.

This is largely due to the fact that China, which was the main supplier of arms to Iran in the 1980s and 1990s, was unable to offer competitive analogues. The Chinese HQ-2J air defense systems and F-7M fighters purchased by Iran in those years were modernized Chinese versions of the long-obsolete Soviet C-75 air defense systems and MiG-21 fighter jet and — naturally — they did not impress the Iranians. Over the past quarter century, the Chinese military-industrial complex has made a huge leap forward, but the prevailing preferences and connections are not so easy to change, especially since Russian-Iranian cooperation in the military field has a much longer history.

Military-technical ties between Moscow and Tehran arose during the reign of the shah. In the 1960s and 1970s, the shah’s Imperial Army — alongside Western models of weapons and military equipment — was supplied with 400 BMP-1 Soviet infantry fighting vehicles, 200 BTR-60PB wheeled armored personnel carriers, as well as BTR-50 tracked armored personnel carriers, multiple BM-21 Grad rocket systems, 152-mm D20 artillery guns and 130-mm M46s. On the contrary, after the establishment of the Shiite theocratic regime of Ayatollah Ruhollah Khomeini in 1979, military-technical cooperation with the USSR was curtailed. Although Moscow received offers to supply new batches of weapons to Iran to help maintain a balance in the war with Iraq, Tehran had refused to conclude contracts, temporarily reorienting itself to purchasing weapons from China and North Korea.

The restoration of military-technical cooperation between Iran and the Union of Soviet Socialist Republics (USSR) took place in 1989, against the backdrop of a wider normalization of relations between Moscow and Tehran. Between 1989 and 1991, the Kremlin signed several agreements to supply arms to Tehran worth $5.1 billion, and Iran became one of the largest clients of the Soviet defense industry. Then contracts were signed for the supply of 1,000 T-72 tanks and 1,500 BMP-2s, some of which were to be assembled in Iran, alongside a variety of other weapons systems, including combat aircraft MiG-29 and Su-24 and three 877EKM submarines.

This stage of cooperation was interrupted by agreements in 1995 between US Vice President Al Gore and Russian Prime Minister Viktor Chernomyrdin, on the basis of which Russia undertook to complete the fulfillment of all its contracts with Iran for the supply of weapons and military equipment and the provision of military services by Dec. 31, 1999, and beyond, and not enter into new ones.

After Vladimir Putin came to power in Russia, Moscow refused to fulfill these agreements in 2000 and entered into new contracts with Tehran. In 2003, the side signed a deal for the transfer of new batches (300 units) of BMP-2 and six Su-25UBT combat training attack aircraft. And in December 2005, a contract was signed for the supply of 29 Tor-M1 air defense systems. In 2007, Russia and Iran signed another agreement on the transfer of five divisions to Iran (each division usually has 12 launchers) of the S-300 air defense system. However, with the UN Security Council adopting, on June 9, 2010, a resolution imposing a ban on the transfer of modern weapons to Iran, military-technical cooperation between Moscow and Tehran began to decline. In April 2015, after some progress in the negotiation process on the nuclear issue between Iran and the six international mediators, Putin lifted the embargo on the supply of the S-300 complex to Iran, four divisions of which were delivered in 2016-17.

Russian military analyst Yuri Lyamin told Al-Monitor that if the United States maintains its maximum pressure policy on Iran through sanctions, Tehran will be seriously limited in available funds in the coming years. Thus, when it comes to the procurement of arms, Iran will limit its focus to certain key areas.

Lyamin said that while “the Iranian military-industrial complex can now fully or largely satisfy the needs of its own armed forces in most areas,” there are areas where it is unable to provide itself. “This is primarily the production of manned combat aircraft and helicopters. The backbone of the Iranian air force is still made up of American-made fighters, such as the F-4, F-5 and F-14, and at least the oldest F-4 and F-5 fighters have been in need of replacement for a long time.”

Thus, Lyamin predicts that Tehran will first focus on at least partial modernization of the Iranian air force. “Here we should expect on the one hand the purchase of spare parts and the modernization of Soviet/Russian-made aircraft from Iran, such as the MiG-29 and possibly the Su-24MK. On the other hand, I think that even in the current circumstances Iran will try to buy at least 20-30 new multipurpose fighters — we are talking about Su-30SM or Su-35 — to start with, with the possible purchase of new batches in the future. It is also impossible to exclude the supply of new helicopters, such as, for example, the Mi-171Sh multipurpose helicopters,” he said.

He added, “In addition, Iran is likely to try to purchase some key components and technologies to develop its own military programs in areas where there is a serious gap. These include new aircraft engines, tank engines, etc.”

At the same time, it is important to consider that Russia is interested in developing and boosting ties with states such as Israel, Saudi Arabia and the United Arab Emirates (UAE). Thus the Kremlin may be attentive to the fears of these states regarding supplying new types of weapons to Iran. Russia may continue to refuse to transfer to Iran the most modern weapons, such as the S-400 air defense systems or the Su-30 and Su-35 fighters, which could upset the balance of power, offering weapons of less concern to Israel and the Gulf countries. For example, it could provide the Buk air defense system of the latest modifications, new batches of the Tor-M1 and Pantsir air defense systems, the MiG-29SM and MiG-35 fighters.

Yet there are signs that Iran itself may refuse such proposals. In August 2017, Tehran reportedly requested the purchase of 24 Su-35 and Su-30SM fighters — 18 and 6 units, respectively. As Iranian sources noted, Moscow refused and offered an alternative in the form of older Su-27SM3 fighters, which did not satisfy the Iranian side. In turn, Saudi Arabia or the UAE could compensate for the losses from the failed arms deliveries to Iran and sign contracts themselves, or pay for new deliveries of Russian arms to their less well-to-do allies — Egypt, Jordan and Bahrain.