Iraqi Prime Minister Nouri al-Maliki is facing accusations that he has been abusing the role of the Justice and Accountability Committee, using it only against opponents, writes Ali Abel Sadah. 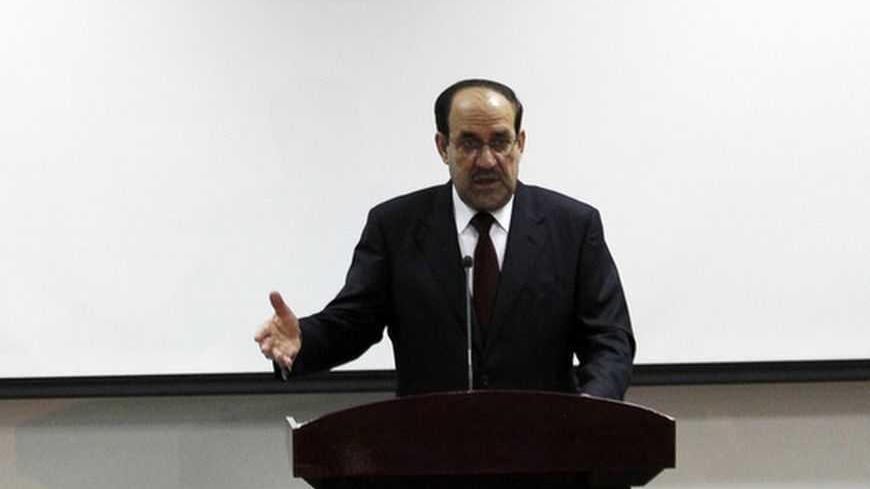 The former members of the dissolved Iraqi Baath party have become a point of contention in the conflicts between Iraqi Prime Minister Nouri al-Maliki and his rivals.

According to the de-Baathification Law, which was issued by the former administrator of the Coalition Provisional Authority of Iraq, Paul Bremer, members of the Baath Party are banned from holding key positions. In 2008, the law was amended under the Justice and Accountability Act to include anyone involved in crimes against humanity, but within a more flexible framework.

The law, however, has become a disputed political issue in Iraq, with each of the parties involved interpreting it differently. Clearly, Maliki is going through a contentious political crisis that may remove him from the seat of power. Unavoidably, he has had to play the legal card in order to protect his power.

Previously Maliki succeeded in deterring Baathists from participating in the parliamentary elections of 2010, as was the case with Saleh al-Mutlaq, a prominent Sunni figure who later became deputy prime minister.

Maliki’s rivals believe, however, that he is working according to double standards, since he ensures that the de-Baathification Law exempts those who pledge allegiance to him.

Since mid-February 2013, some Iraqi political parties have begun to challenge Maliki’s power by targeting key ex-Baathist officials believed to be supporters of Maliki.

On Feb. 16, 2013, the Justice and Accountability Committee decided to depose Chief Justice Midhat al-Mahmoud — a prominent figure during the regime of Saddam Hussein — in accordance with the de-Baathification Law.

This decision was seen as political targeting of Maliki and an attempt to remove a judicial pillar he controls and heavily relies on, according to his rivals.

The Maliki-led Shiite State of Law Coalition was enraged by the decision, which some considered political assassination. Sensing that his abilities were being constrained, Maliki rushed to oust the head of the Justice and Accountability Committee, a leading member of the Sadrist Movement.

According to Sabah al-Saadi, a member of the Iraqi Commission of Integrity, Maliki sent an official letter to the Justice and Accountability Committee stipulating the dismissal of Falah Shanshal after the latter voted to depose Mahmoud. Saadi reiterated that Maliki is not entitled to make such a decision.

Following Shanshal’s removal from office, Mahmoud returned to Baghdad after having traveled abroad in the aftermath of his ousting. Mahmoud appealed to the Court of Cassation, contesting its decision to dismiss him.

“Maliki is not entitled to depose Shanshal because he was elected by the Justice and Accountability Committee as a caretaker,” announced Shiite MP Saadi, who split from the ruling National Alliance, in a press conference.

A significant number of positions in government institutions are interim, awaiting ratification. Political disputes, however, have impaired the process.

Clearly, Maliki has used the fact that Shanshal occupied an interim position to dismiss him, after Shanshal deposed of Mahmoud — Maliki’s key supporter within the judicial system.

Al-Monitor secured a copy of a statement in which Maliki’s press secretary, Ali Mussawi, stated that “Maliki had appointed Shanshal the interim head of the Justice and Accountability Committee, after the parliament failed to elect a head and a deputy head.”

“Withdrawing the appointment came as a result of Shanshal’s behavior, who acted as if he was duly elected by the parliament,” he added.

The law issued by the Justice and Accountability Committee, which the parliament passed in 2008, calls for “intellectually, administratively, politically, culturally and economically dismantling the Baath Party system in Iraqi society, state institutions and civil-society institutions.”

According to the law, “Any member of the dissolved Baath party and repressive agencies who is incriminated through investigations of committing criminal acts against the Iraqi people shall be referred to the competent courts to be fairly dealt with.”

However, the law was not properly implemented, nor was it used to settle the differences between the Iraqi powers. Rather, since 2003, it has been used as a tool to settle political disputes.

Therefore, the official committee charged with implementing this law has become a scapegoat, while its tasks have been changed from their original purposes.