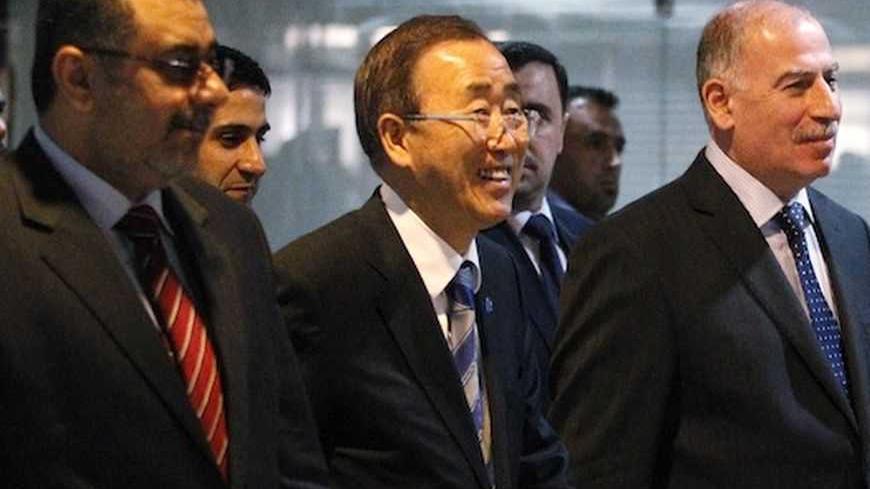 Following an attempt by Iraqi parliament speaker Osama al-Nujaifi to restore the dismissed head of the Justice and Accountability Committee to his post, in a clear challenge to Prime Minister Nouri al-Maliki, Maliki’s supporters are seeking to oust Nujaifi.

Nujaifi recently ordered that Falah Shanshal resume his position as the head of the Justice and Accountability Committee, a day after his dismissal by Maliki.

Al-Monitor was able to secure a copy of an official press statement titled “Directive” in which Nujaifi stated that the “election of Shanshal and his deputy Bakhtiar Omar by the members of the Justice and Accountability Committee was legal. The committee is exclusively associated with the parliament.”

Maliki and Nujaifi have been fighting over the power to supervise independent committees including the Judicial Council, the Justice and Accountability Committee, the Electoral Committee and the Human Rights Committee.

Both parties exchanged accusations of politicization and using the committees for personal purposes. Maliki’s opponents argue that he is exerting tremendous efforts to maintain control over the committees.

Nujaifi’s decision to reassign Shanshal, a leading member of the Sadrist movement, not only defies Maliki but also reflects the chaos endemic within Iraqi state institutions.

Maliki dismissed Shanshal following the decision to remove Chief Justice Midhat al-Mahmoud in accordance with the de-Baathification law. The State of Law coalition regards this decision as political targeting.

Bassem Badri, a member of the Maliki-led Islamic Dawa Party, has been assigned as the new head of the Justice and Accountability Committee.

Amid the ongoing conflict, the committee is functioning under the auspices of two heads, the first supported by Maliki and the second backed by Nujaifi.

As the crisis develops further, especially in the wake of Nujaifi’s decision, the State of Law coalition is seeking to oust the speaker, certainly not for the first time.

The leading positions in Iraq have been distributed according to political agreements: the president is to be Kurdish, the prime minister Shiite and the speaker of parliament Sunni.

Maliki’s attempt to oust Nujaifi is expected to ignite vehement opposition, since he would be violating the same agreement that brought him to power. Ongoing Sunni protests will make Maliki's attempt even harder. Nujaifi's ouster would add fuel to the fire, since he is the most prominent Sunni political figure.

Meanwhile, Maliki is trying to reinstate Mahmoud to his position in the Judicial Council. Local news agencies in Iraq broadcasted on Feb. 17 a newsflash stating that Mahmoud has returned to Iraq following his dismissal after a trip abroad.

A close political source to the ruling Shiite National Iraqi Alliance told Al-Monitor that Mahmoud has appealed to the Court of Cassation and is likely to win the lawsuit and regain his post.

Meanwhile, Iraqi politicians and observers believe that Maliki will win and restore the posts of his supporters. But his opponents are certainly preparing to strike again.