What is Behind Increase In Sectarian Killings in Iraq?

A recent spate of execution-style killings in Iraq has again brought into question the effectiveness of the Iraqi security services, writes Ali Abel Sadah. 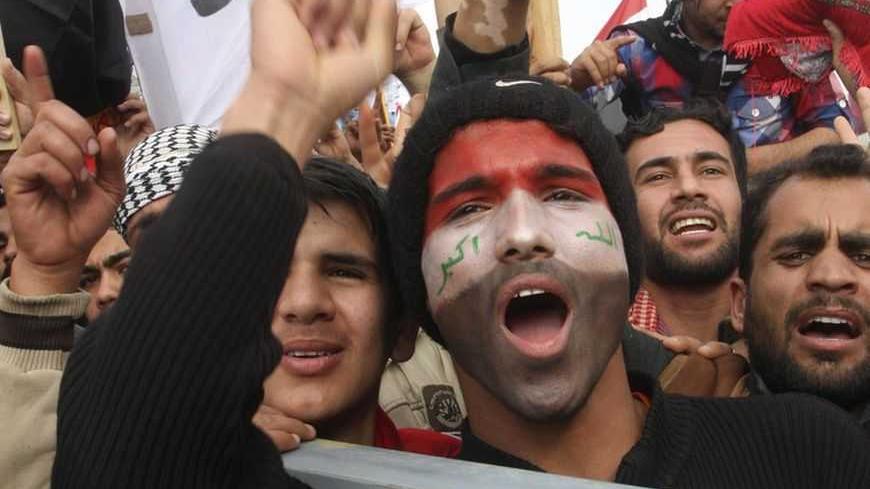 Regarding the incidents of Feb. 19, 2013, a source in Iraqi intelligence told Al-Monitor, “An armed militia wearing an official military outfit executed eight members of al-Sahwa in the city of Tuz Khormato (north of Baghdad).”

The al-Sahwa forces were formed by the U.S. Army in 2008, but the government neglected them. Consequently, the forces members faced unemployment, while also topping the list of al-Qaeda’s assassination targets.

However, the security incidents in the country, such as the assassination of al-Sahwa members in Tuz Khormato, are being repeated in several regions, thus reminding Iraqis of the civil war between 2006 and 2008.

The intelligence source stated, on condition of anonymity, that there has been a resurgence in assassinations, especially in Baghdad. The source indicated that most of the assassinations have been sectarian.

Since the beginning of February, civilian assassinations have taken place in the neighborhoods of the capital, Baghdad. The intelligence source believes that these killings occurred due to the crisis that accompanied the protests of the Iraqi Sunnis in Anbar, Mosul and Tikrit.

Moreover, the heated political tensions in Iraq are only worsening, with thousands of Sunnis in the west of Iraq taking to the streets as part of daily rallies accusing Shiite Prime Minister Nouri al-Maliki of marginalizing Sunnis.

The sectarian murders, however, took place in the mostly Sunni neighborhoods of al-Saidiya, al-Amiriya and al-Bayaa, located in the north and west of the capital.

The Iraqi police, alongside testimonies from eye-witnesses, recorded assassinations of Sunni civilians, in the wake of threats launched by the leader of the Hezbollah Movement in Iraq, Wathiq Battat.

Eyewitnesses claim that the victims of assassinations in these regions are activists participating in the Friday protests that take place in Baghdad every week.

Battat had formed a militia, known as the Mukhtar Army, to carry out operations to defend the Maliki-led government. Despite that, Battat confirms that the army is carrying out intelligence operations that provide useful information for the official security system. The assassination attempts targeting civilians in Baghdad were preceded by the distribution of flyers threatening to kill the Sunnis and urging them to leave.

The threats against Iraqi Sunnis increased after the protesters in Anbar province decided to take their sit-in to Baghdad. Consequently, the Shiites were concerned about possible clashes with the Sunnis. Battat also said that dissidents from the Mahdi Army, a militia led by Muqtada al-Sadr (a Shiite religious figure), were the ones who distributed the flyers.

However, the Iraqi police claim that al-Qaeda was responsible for carrying out the assassinations, since it supposedly has interests in trying to direct the Sunni anger against the Shiite-led government in Iraq.

Moreover, the nature of the incidents and the killing methods — involving pistols with silencers — have led the police to assume that al-Qaeda is responsible for these operations. The assassinations have also targeted policemen and the army. Security sources in the Ministry of Interior told Al-Monitor that “a prominent official in military intelligence and two of his bodyguards were killed, after two suicide bombers attacked the official’s house in a heavily guarded region in a town in the north of Iraq.”

However, what worries Iraqis most, especially in Baghdad, is the return of erratic killing attempts.

On Sunday at noon, armed men killed a young man and wounded two others while the victims were playing soccer in a small neighborhood south of Kirkuk.

In a similar incident, unknown assailants used pistols equipped with silencers to shoot a young man in the al-Saidiya district, south of Baghdad, and then ran away.

Iraqi politicians often link terrorist attacks to the deterioration of the political situation. However, this increase in assassinations is causing people to question the success of the government’s plans to control the security situation.