On the eve of his trial, former Foreign Minister Avigdor Liberman will probably leave politics and return to the business world if convicted; if acquitted, he will resume his quest to become the Israeli right's leader, writes Ben Caspit. 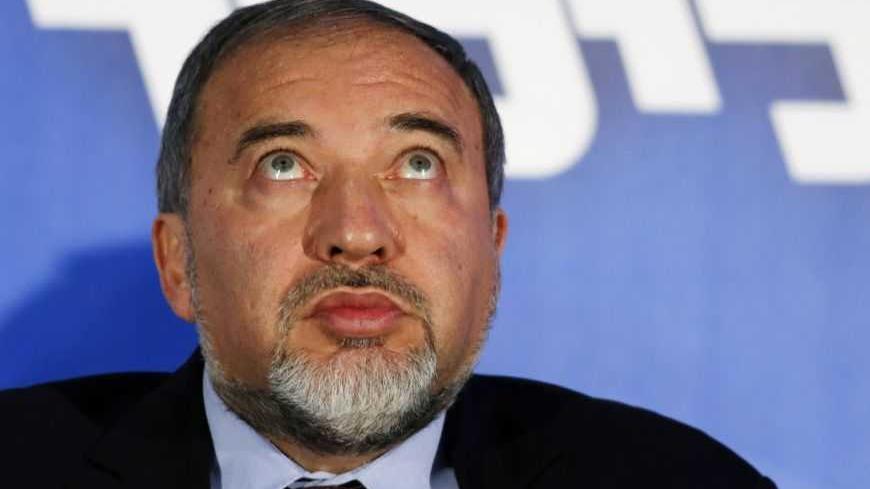 Set to begin on Sunday [Feb. 17] a trial at the Jerusalem Magistrate Court could herald the end of an era in Israel’s politics. Former Foreign Minister Avigdor Liberman will face an extended panel of three judges who will seal his political fate. If acquitted, Liberman will become the Israeli Dreyfus, having been persecuted for 15 years by the law-enforcement agencies until proven innocent. This will serve as a powerful lever, helping Liberman fulfill his aspiration and climb the last rung on his way to the top. If convicted of moral turpitude, Liberman will dissolve into the business world, prompting many in the local and the global political world to utter a great sigh of relief.

To me, it seems that the situation is much more complex in reality. Generally speaking, Israeli courts have this odd characteristic: You know how you got in, but you don’t know how you’ll get out. The list of witnesses for the prosecution is extensive, consisting mainly of past and present senior officials from the Ministry of Foreign Affairs. Some of them, by mere words, could implicate their boss and turn this marginal legal affair into a chronic headache. For Liberman’s sake, I hope he is well aware of that possibility and is not a captive of his innocence. In recent weeks, his energy, undivided attention and schedule have all been geared toward the imminent trial. Although he has expressed his opinions on current affairs and taken political action in the efforts to form a coalition, those who are in the know say that this is of little import to him at the moment. His personal fate is hanging in the balance.

So what can be said with great certainty? That Liberman will not attend the swearing-in of Netanyahu’s third government sometime in the middle of March (barring some haywire surprise that will force Israel to go for re-election). The trial itself shouldn’t be too complicated. Notwithstanding, it is believed that it will take several months to conclude, following which the court will take its time to render a verdict.

In the interim, Liberman is likely to serve as chairman of the Knesset Foreign Affairs and Defense Committee. In recent years, this committee has become the safe haven for people with moral turpitude or generals on-hold, such as Knesset members Tzachi Hanegbi and Kadima leader Shaul Mofaz. Liberman is expected to enjoy the plethora of classified material he will be made privy to in the next few months. That should help him to alleviate the tension. Secret forums of this committee monitor and supervise the activity relating to Iran’s nuclear policy. That will help Liberman see things in proportion.

Barring unexpected twists in the plot, the court is expected to hand down its decision early this summer. If convicted with moral turpitude, Liberman is likely to appeal but retire from political life. In private talks, he has had with associates in recent weeks, the former foreign minister has stated that a conviction will seal his political career. Although a relatively young person, Liberman is different from his friends Tzachi Hanegbi and Shas leader Aryeh Deri, who are afflicted with the political bug as with a terminal illness. After many years, the once-convicted Deri returned from the wilderness of turpitude. Using more tortuous ways, Hanegbi found his way back much more quickly. The main thing is to be there — on the Israeli political merry-go-round. Liberman has different motivations. Having dabbled in the business world in the past, he enjoyed every minute of it.

With an attention deficit disorder, Liberman gets bored stiff with much of the political schedule that’s forced upon him. Rarely has he been seen attending Cabinet meetings from start to finish. After 30 minutes, 45 tops, he’s had his fill. Then he moves on. He’s good at doing business. He’s well networked. With fondness for the dolce vita, world travel, fine wines and good times, his grief at leaving the political world will be short-lived and limited. A conviction followed by a rejection of an appeal would signal the end of Liberman’s political career. I can’t see him making a comeback in seven years’ time at the age of 60 after having been forgotten and having lost the magic touch.

If acquitted, or convicted without moral turpitude in a way that will allow him to return to political life, we are likely to see a turbocharged Liberman. New, invigorated and no longer under a cloud, Liberman will set many new targets. Striving to become the No. 1 leader of the Israeli right, he will also try to change the electoral system and stabilize the diplomatic situation. How do you stabilize the diplomatic situation? In closed forums, Liberman has recently talked about a new concept from his standpoint. There’s no chance of reaching a permanent status agreement in the near future — he says — so we need to focus on attaining a long-term interim agreement. I don’t recall Liberman ever talking about an interim agreement. I wonder what kind of interim agreement he has in mind. If Liberman’s cards include the recognition of a Palestinian state under temporary borders, in the vein of Mofaz’s plan, it could become the next hot diplomatic story of the region.

The Americans have also come to the realization that this is the only solution. All that’s left is to convince the Palestinians and hit the road.