Avigdor Liberman and the Revenge of Danny Ayalon

Former Foreign Minister Avigdor Liberman's failure to foresee the bitterness of his ousted Deputy Danny Ayalon, might cost him his political future. 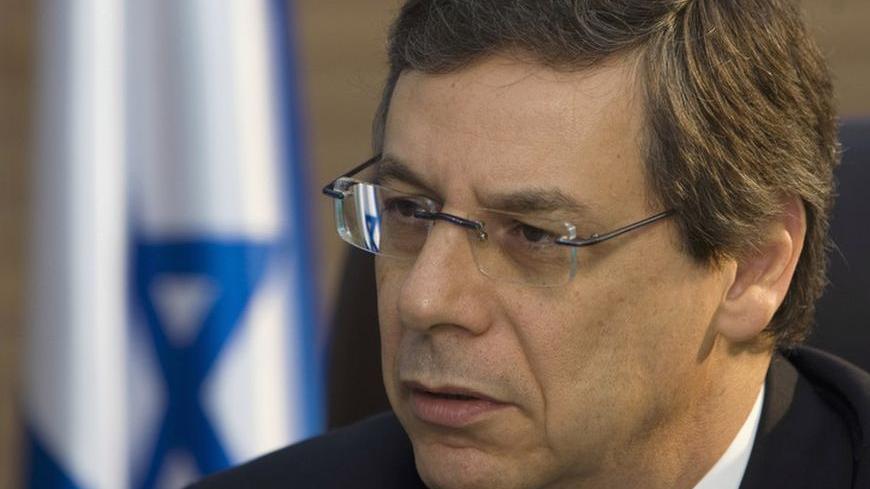 The Israel Defense Forces likes to say that “plans are made to be changed.” In fact, anyone who has ever gone to war knows that plans drawn on sand tables and in planning departments are ground into dust in the heat of battle and nothing goes according to plan.

Former Foreign Minister Avigdor Liberman is waging a battle for his political life. Last week he gained an important strategic victory when the state decided to drop the most serious charges against him: money laundering and accepting money from private businessmen while in office, for lack of evidence. At the same time, he suffered a local, tactical defeat when lesser charges, breach of trust and fraud, which had seemed marginal and harmless, turned into an indictment.

It had seemed certain that the affair of Ambassador Ze’ev Ben-Aryeh, who, while serving as ambassador to Belarus, passed on to Liberman classified material concerning the Israeli police probe into his boss’ business dealings there, would enable Liberman to brush the dust from his suit lapel and present himself in time for the swearing-in of the next government. Attorney General Yehuda Weinstein, speaking in closed circles, had even dubbed the case “the Compact Portfolio”.

It had appeared that the case could be resolved in the blink of an eyelash, that the facts were not in dispute and that a plea bargain might even be reached to both sides’ satisfaction. Liberman would then resign, and while he might be deemed legally unfit to serve in the current government for reasons of moral turpitude, he could show up next month, after the elections, for a new term, as good as new.

But in Israel, as always, anything that can go wrong, does go wrong. Even things that can’t go wrong, go wrong. The tactical setback turned this week into a strategic defeat. The case of the ambassador — Liberman is suspected of arranging Ben-Aryeh’s appointment as ambassador to Latvia in return for the confidential information he provided as ambassador to Belarus — threatens to balloon from a negligible indictment into a serious hitch: from a crime of omission (the foreign minister failed to report the ambassador’s shenanigans) into a crime of commission (the minister lobbied to appoint the ambassador to a new post).

This escalation could raise Liberman’s troubles several notches, from the realm of breach of trust and fraud to that of bribery. Once you get there, you cannot be certain of coming back. Now there’s no more talk of a speedy trial. New witnesses are being questioned, police are pursuing a “supplementary investigation”, which is code for “no one has any idea how much longer this will last.” Now it seems virtually certain that Liberman will not participate in the swearing-in of the next cabinet.

The keys to this complication are in the pocket of Liberman’s former second-in-command, Deputy Foreign Minister Danny Ayalon. He chaired the committee which (unanimously) approved Ben-Aryeh’s appointment. He is the only one (other than Liberman himself) who knows whether, prior to the committee meeting, the foreign minister said, demanded or hinted that Ben-Aryeh was “his” candidate, whether Liberman was the one calling the shots. In private conversations, Ayalon admits that Liberman did indeed talk to him about Ben-Aryeh. Such a statement to the police could seriously implicate Liberman.

Liberman will claim that Ayalon is seeking revenge for his recent decision to ditch him from his party’s (Yisrael Beitenu) list of candidates for the next Knesset, a move which axes his career with one fell swoop. He will claim that Ayalon is wielding an ax of his own and taking the opportunity to behead Liberman. You liquidated me? Now I’ll liquidate you. Hell hath no fury like a deputy minister scorned.

But it won’t be easy, not for Ayalon, nor for Liberman. Ayalon was once asked on television whether Liberman had spoken to him about Ben-Aryeh’s appointment. He answered that he did not remember. Liberman’s attorneys will now ask how his memory had suddenly been refreshed. If asked, Ayalon himself will talk about the disappearance of a report prepared by the Foreign Ministry’s Inspector General regarding Ben-Aryeh’s performance as ambassador to Belarus. The sharply critical report was not presented to members of the committee who approved the nomination to Latvia. Who concealed it? Was it just typical negligence, or a well-directed hidden hand?

In short, the situation is complex. It will take time. No one can know now how it will play out. One thing is certain: Liberman made a strategic mistake by removing Ayalon from the Knesset list. He should have known that Ayalon is not Russian. He is not Stas Misezhnikov, the Tourism minister who was also removed from the list, nor Anastasia Michaeli, a member of Knesset, also ousted, who take adversity in their stride and even write a thank-you note. Ayalon refused to accept his fate, refused to write a thank-you note, refused to go away like a lamb led to slaughter, and now he can seek revenge.

Danny Ayalon is not a villain; there’s even a certain naiveté about him, but he has the kind of karma which always makes his rivals look bad after tackling him. That’s what happened to Uzi Arad during Prime Minister Benjamin Netanyahu’s first term, following a widely publicized fight with Ayalon (Arad was the Prime Minister's diplomatic adviser, Ayalon was his deputy). It happened to then-Foreign Minister Sylvan Shalom, who found himself in a publicized fight with Ayalon (then ambassador in Washington) and was forced to lick his wounds for a long time.

Danny Ayalon is no fool. On the other hand, it would appear that Avigdor Liberman is. In the final reckoning, he is going down over a totally unnecessary affair, a sideshow that should not have been staged, and a deputy minister who only wanted a second term.