Saleem Al-Hasani writes that the upcoming provincial elections will be seen as an opportunity for settling scores among Iraq's political parties. 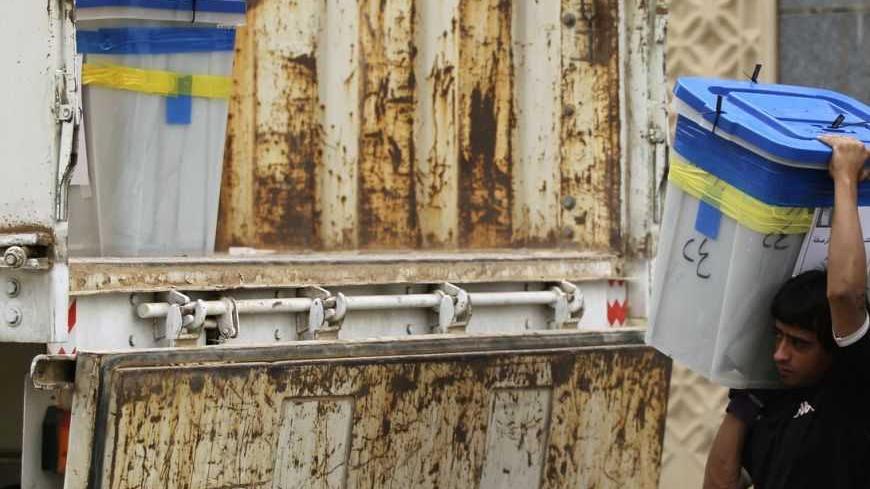 An Iraqi worker loads ballot boxes into the back of a truck for transport to a storage place, after the recounting process in Baghdad, May 14, 2010. - REUTERS/Mohammed Ameen 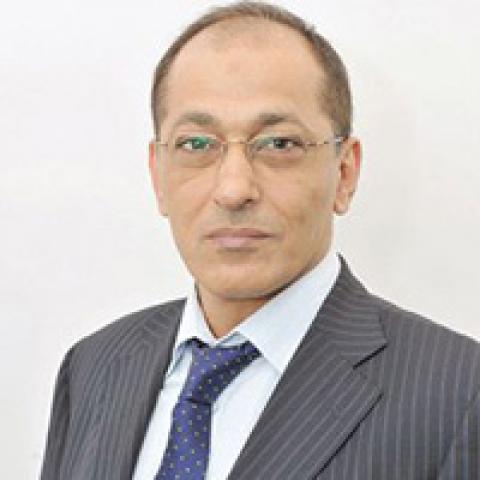 Iraqis will head to provincial elections harboring a desire for electoral revenge. The precise date of the upcoming elections has not been decided yet, but preliminary estimates point to March 2013.

Citizens will be eager to cast their votes, for they wish to eliminate former figures from the scene. Iraqis’ experience with these officials was not pleasant; they heard many promises but unemployment rates remained high, services stayed just as bad as ever and the security situation continued to deteriorate. Iraqis have observed up close their outrageous behaviors, as they went to-and-fro to their bureaus.

Democratic Iraq has undergone many electoral experiences that uncovered a deep-seated collective resentment. Promises have never been met and candidates turned a deaf ear after they were elected. Such a recurrence has pushed Iraqi voters into a state of deep regret that is expressed in private, in public and on satellite channels.

The powerful political parties fear this phenomenon and know for sure that votes will not be cast in their favor this time. This fact, though, will not deter these parties from finding a solution to this problem since provincial elections are the portal of parliamentary elections, which clarify the position of each party in the Iraqi political arena.

Some blocs have faced disassociation and ended up splitting into many lists, as was the case with the Iraqi List. This coalition’s prominent figures decided to create many groupings, a decision that was forced onto them rather than taken as a result of the problems the list struggled with over the last year. In addition to that, these figures realized that their popularity among Sunni voters was guaranteed, and thus it would not be logical for them to pass their voters to the favor of someone else within a big bloc.

The hardest complication will be in the Shiite areas that are divided between prominent, powerful parties whose aspirations, stances and orientations diverge. The main blocs decided to run for election through independent lists, including figures such as Prime Minister Nouri al-Maliki, head of the Supreme Islamic Council Ammar Hakim and the Islamic political leader Sayyid Muqtada al-Sadr, each having an inclination towards winning the votes of Shiites. The other groupings are relatively small and simply aspire to persist in the political scene via provincial councils so they can eventually make it to parliament, before they get washed away by the rapid development of events in the next elections.

In this Shiite competition triangle, both Hakim and Sadr have joined together against Maliki in a bid to win over his voters. This urge seems overly ignited on the part of Sadr, who engaged in an intense verbal dispute with Maliki and took his supporters to the streets of Sadr City in Baghdad and in the southern province of Maysan to chant slogans calling for the toppling of Maliki. They also set fire to photos of Maliki.

During every election, Sadrists rest assured about their representative power in both provincial councils and parliament since their popular support is almost constant and is coupled with the emotional attachment of the masses to their leader, Muqtada al-Sadr. This emotional bond is inherited from his father, Mohammad Sadek al-Sadr, whose son succeeded in transforming it into a mass-power political movement.

However, the challenge the Sadr movement faces is a group that defected six years ago under the leadership of Qais Khazali and formed a closed group called “Asa’ib Ahl al-Haq” [League of the Righteous], which has benefited from Iranian support. Its prominent members have proven their obedience to Iran and wish to form an alliance with the prime minister against Sadr, which Maliki believes would shift the power balance in his favor.

Maliki is also placing high odds on the crisis in Kurdistan. The stringent stance he took against the head of the autonomous region, Massoud Barzani, has increased his popularity, especially after the fiery speeches he and his close allies made against Kurdish leaders. Obviously, the reconciliation initiatives of President Jalal Talabani will not be fruitful as long as aggravating the situation is the key to winning more votes.

Hakim is the third Shiite power. The negative results of the Supreme Council elections led him to pause for a long while after the last parliamentary elections and review his stances. Hakim, who is considered the closest ally of Iran, has worked during the last two years to consolidate his position in the south through social activities, hoping it would pay off in provincial council elections.

Even though these facts seem logical, the Iraqi scene is influenced by a factor which weakens the sense of logic: the element of factor. The previous experiences of Iraq show that one event is able to change the principles and feelings of Iraqis, and that the few days leading up to elections are critical, during which the points of view of the masses are set before they head to the ballot boxes.