The Secret History of America’s Thirty-Year Conflict with Iran

A new book by David Crist on the long confrontation between the US and Iran blames the George W. Bush administration for squandering opportunities to improve relations with Tehran, writes Barbara Slavin. The DOD historian includes accounts of infighting in the administration over Iran, as well as bad blood between France and the US. 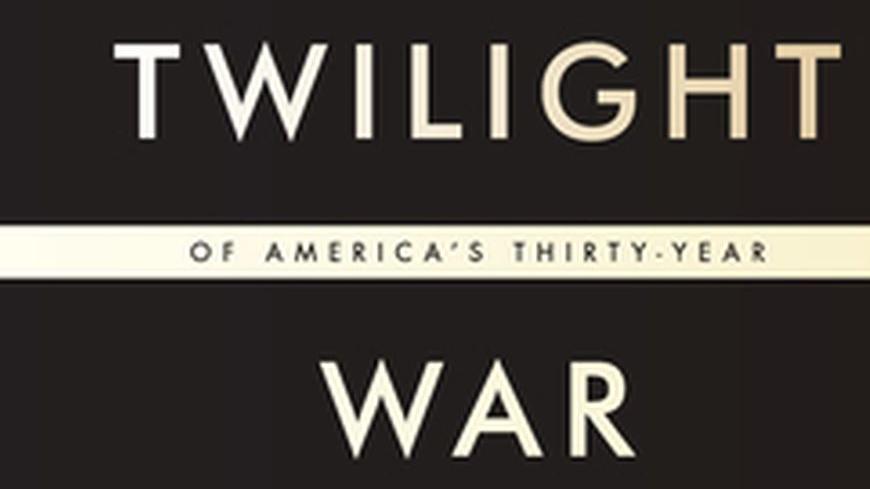 A new book on the long confrontation between the US and Iran blames the George W. Bush administration for squandering opportunities to improve relations with Tehran and invading Iraq in 2003 without recognizing that Iran would wind up being the power broker in that country.

These criticisms are remarkable given their source: David Crist, author of The Twilight War: The Secret History of America’s Thirty-Year Conflict With Iran is a US Defense Department historian, lieutenant colonel in the US Marine Corps Reserve and the son of one of the early leaders of US Central Command (CENTCOM).

Crist argues that the US has been too soft when it should have retaliated for Iran-backed terrorism, and too hard when it should have embraced Iranian diplomatic overtures. The book is based on reams of US government documents, private papers and interviews with 400 former officials and includes severally previously unreported nuggets including:

While the book contains some omissions and errors -- Crist describes the awkward firebrand Iranian president Mahmoud Ahmadinejad as both “secular” and “urbane” — the work stands out for its depth of research, particularly on the military aspects of the confrontation, and on the disputes within the civilian side of the US government.

US policy toward Iran, Crist suggests, has usually been a muddle — an uneasy synthesis between those advocating regime change and those seeking a pragmatic accommodation with elusive Iranian moderates. Thus, American policymaking has been every bit as divisive and dysfunctional as Iranian decision-making, which helps explain why, 33 years after the Islamic Revolution, the two sides are no closer to resolving their differences and there is again talk of outright war.

Crist, who served in the military in Iraq and Afghanistan as well as during Operation Desert Storm, which expelled Iraq from Kuwait in 1991, seems particularly bitter at US failure to anticipate how Iran would react to the overthrow of its worst enemy.

Prior to the US invasion of Iraq in 2003, “no Red Team was established to explore the ramifications of the removal of Iran’s arch rival,” Crist notes, using US military lingo for a group created to explore the motivations and likely behavior of one’s adversary. “CENTCOM never war-gamed how Iran would react to another American invasion on its borders,” he adds.

(Crist may not know that Paul Pillar, the chief Middle East analyst on the White House National Intelligence Council, presented an analysis in early 2003 that “threw cold water on the democratic domino theory” then being pushed by Bush administration neocons. The idea was that overthrowing Saddam would lead to democracy in Iran. Pillar told me for my 2007 book, Bitter Friends, Bosom Enemies: Iran, the US and the Twisted Path to Confrontation that he initiated the analysis because “there were no requests at all for reports” on the regional ramifications of invading Iraq from the Bush White House.)

Crist provides more details about previously reported direct talks from 2001-2003 between the US and Iran in Europe, which initially dealt with Afghanistan in the aftermath of the Sept. 11, 2001 attacks, and later discussed what might happen in Iraq.

Crist also asserts that an offer from Iran in May 2003 — a much-debated agenda for a “grand bargain” between the US and Iran — was genuine and that the lack of US response was a fateful mistake that plagues US-Iran relations to this day. Iranian Supreme Leader Ayatollah Ali Khamenei had blessed the 2003 overture and now has “no urge to repeat the mistake,” Crist says.

Crist amplified this assertion before an audience at the Washington Institute of Near East Policy last week (July 31). He said that the 2003 Iranian proposal was “a legitimate offer,” although the Swiss ambassador to Iran who helped prepare the document and sent it to the State Department may have “gilded the lily a bit.” While Crist said he doubted it would have led to a “grand bargain,” he suggested that talks could have eased the US path in Iraq.

“The Bush administration had thrown away diplomatic openings made by Iran,” he writes. “Alarmed by the al-Qaeda attacks and fearful of America’s response, Iran had extended its hand to cooperate in areas where the two nations’ interests overlapped. Instead, the American government failed to develop any cohesive response or Iran strategy other than a policy that paid lip service to regime change in Tehran.”

In part, as a result of the US refusal to work with Iran, Iran turned against the American invasion of Iraq and promoted proxies hostile to the Americans, even as it unified Iraqi Shiites into a cohesive political force. By the time the last US troops withdrew at the end of 2011, “nearly 500 Americans had died at the hands of the Iranian-backed militias and the nature of the democratically elected Iraqi government, achieved at the cost of so much American blood and treasure, had been brokered in Tehran,” Crist writes.

Crist is not optimistic about the future. The gathering nuclear crisis and escalating attacks on Iranian personnel by Israel, and on Israelis by Iran, are making the atmosphere as tense as it was during the “tanker war” more than 20 years ago when American and Iranian forces came to blows in the crowded waters of the Persian Gulf.

“Unfortunately, now neither side has much desire to work to bridge their differences,” he writes. “Three decades of twilight war have hardened both sides. When someone within the fractured governing class in Tehran reached out to the American president, the United States was unwilling to accept anything but capitulation. When President Obama made a heartfelt offering…Iran spurned him. Obama fell back on sanctions and CENTCOM; Iran fell back into its comfortable bed of terrorism and warmongering.”

Barbara Slavin is Washington correspondent for Al-Monitor and a senior fellow at The Atlantic Council, where she focuses on Iran. She tweets at BarbaraSlavin1.