Retired US Central Command chief John Abizaid will take the helm of the US Embassy in Saudi Arabia after a career of seeking engagement with Iran. 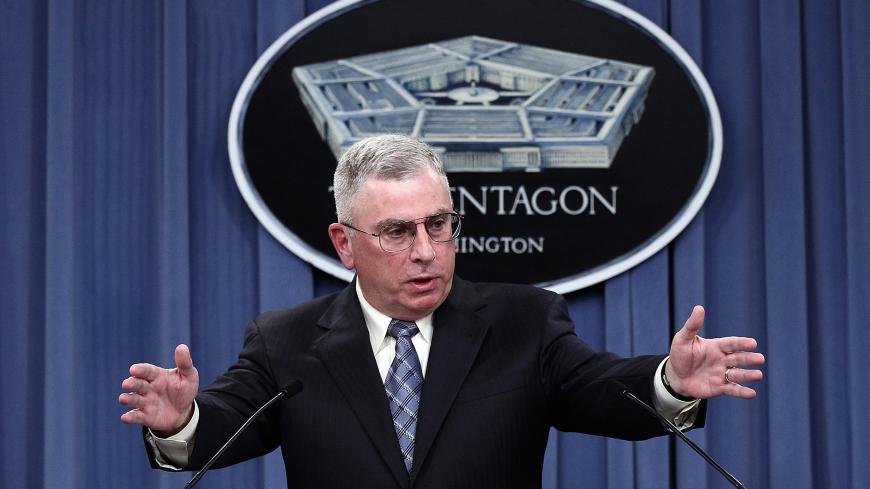 At a time when many soldiers paced around Europe in tanks, John Abizaid first made a name for himself in the Army by ordering his troops to hot-wire bulldozers into makeshift tanks in Grenada and fighting to establish a no-fly zone to protect Iraq’s Kurds after the 1991 Gulf War.

“He wasn’t in the big tank-on-tank engagements in the first Gulf War,” said David Barno, a retired Army lieutenant general who served with Abizaid in Grenada and later in Afghanistan when Abizaid was the US Central Command chief. “He didn’t serve in the big mechanized or armored units. He was in the other part of the Army.”

Now, Abizaid, a Lebanese-American Arabic speaker who commanded US forces in the Middle East from 2003 to 2007 and once championed overture with Iran, faces another difficult assignment after President Donald Trump tapped the retired general on Tuesday to serve as US ambassador to Saudi Arabia.

The United States wants Crown Prince Mohammed bin Salman to get to the bottom of journalist Jamal Khashoggi’s death and wrap up the Saudi-led air war in Yemen, while using Riyadh as the centerpiece of a military alliance to check Iran.

“It’s not a simple matter of saying that we’re going to embrace them or we’re going to slap them,” said Douglas Feith, a former undersecretary of defense during Abizaid’s tenure in US Central Command. “They’re doing some things that are positive and important toward US interests like confronting the Iranians, and they’re doing other things that are deeply troubling.”

Secretary of State Mike Pompeo has asked Iran to curtail its ballistic missile program and Shiite proxies in the region before the United States agrees to talks. And national security adviser John Bolton has said that 2,200 American troops will stay in Syria until Iranian forces leave.

But Abizaid comes into the post with a track record of seeking engagement with Tehran, which runs counter to the Trump team’s “maximum pressure” strategy centered around sanctions after the United States left the 2015 nuclear deal in May.

In 2003, the CENTCOM chief called for meetings with Iran to avert an unintended conflict over opposition from the George W. Bush administration, according to "The Twilight War," a history of US war with the Islamic Republic. He even reportedly suggested that the United States could provide military training as an olive branch.

“He won’t have much success in pushing those views, and I suspect he won’t try,” said James Dobbins, a former US ambassador to the European Union who worked with Abizaid as a lieutenant general. “My guess is he wasn’t chosen for that reason, and I would be surprised if that proves an important aspect of his tenure.”

Abizaid said in 2007 that the United States would have the power to deter a nuclear Iran, while Bolton once suggested the United States “bomb Iran” to prevent that eventuality. Abizaid also correctly presaged that the US invasion of Iraq would leave an opening for Iran-backed Shiite militias.

One former diplomat, who did not serve with Abizaid, said the general’s reputation for blunt criticism in uniform would serve him well as a diplomat.

“I think the administration is wise to appoint someone with some experience in the region to Riyadh now after the government's murder of Jamal Khashoggi,” Robert Ford, a former US ambassador to Syria, told Al-Monitor in an email. “The administration needs someone who can deliver clear, tough messages but knows how to do so in ways that do not alienate the messenger from the Saudi government.”

Abizaid has spent the past decade mostly out of government at Stanford’s Hoover Institution and on a fellowship at Dartmouth University, serving stints as an adviser to the Barack Obama and Trump administrations on Ukraine.

Previously, he oversaw US troops in the Middle East from 2003 to 2007. A former US official in the region told Al-Monitor that Abizaid never gave the impression that he had “distinct relationships” with Middle East leaders to draw upon, unlike former CENTCOM commanders such as Marine Gen. Tony Zinni and now-Defense Secretary Jim Mattis.

“He was wholly consumed with the Iraq war,” the former official recalled. “I just didn’t have the impression that he enjoyed special access of any kind.”

The former official said Abizaid’s selection “fits a pattern” of the United States nominating political appointees to serve as ambassadors at Riyadh’s request since the nomination of foreign service officer Edward Gnehm was nixed in 1992 under Saudi pressure.

Without an ambassador in Riyadh, the current US administration has leaned on Trump’s son-in-law and White House adviser Jared Kushner as a relay to Prince Mohammed. But the Saudi king-in-waiting has expanded Riyadh’s foreign policy ambitions beyond Washington’s reach and consolidated power by forcing the resignation of Lebanese Prime Minister Saad Hariri, expanding the Yemen war and cracking down on the royal family and dissidents such as Khashoggi.

“I think there was an assumption they didn’t really need anyone because they had the Jared channel,” the former official added. “Look at how well that’s turned out for them.”