Like Iran, Saudi Arabia must “fish in muddy waters” for a while, and when its interests are firmly hooked, it can shape regional currents in its favor and leverage other players including Iran. The kingdom does not like playing the same games as Iran, but the stakes are too high to withdraw from engaging Iran, Banafsheh Keynoush writes for Al-Monitor. 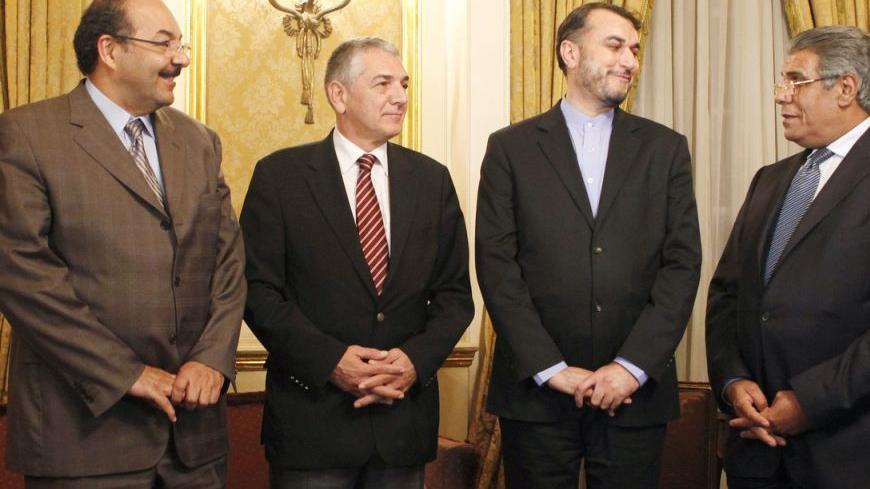 On Monday in Cairo, representatives from Egypt, Iran, Saudi Arabia and Turkey met to resolve the Syrian conflict. This was the second regional initiative on Syria which included Iran after Saudi King Abdullah invited Iran’s President Ahmadinejad to attend a unity conference in Mecca in August.

Iran will seize the opportunity to advance its Syrian policy. It aims to establish a cease-fire, halt foreign arms supplies to rebels, and negotiate with the opposition to build a friendly government in Syria.

Iran has an enviable track record shaping the outcome of regional conflicts in its favor in contentious zones such as Iraq and Lebanon. As always, Iran will remain pragmatic, true to the Iranian revolutionaries’ mercantile backgrounds, by doing a cost-benefit analysis about its policy choices. Iran will “fish in muddy waters” — as the famous Persian proverb says — by accepting the direction of the water current and seizing opportunities along the way. Then it will shape the current by buying out opposing trends.

Iran’s subversive policies will remain a challenge, but only if its leaders feel isolated, which is what led to the Syrian crisis. As early as 2008, Iran suspected foul play against its interests in Syria. Iranian-backed Press TV accused the US and Saudi Arabia of scheming to destabilize Syria. By 2010, during an interview which I attended, Ahmadinejad accused the US of “being up to some mischievous actions” in Syria, and vowed to protect his friend President Bashar al-Assad.

Ahmadinejad failed to mention that Iran’s meddling turned Damascus into Tehran’s protégé. Washington and Riyadh tried to break Assad away from Tehran, but he chose to trust the Iranians, prompting US efforts to undermine his regime. The Iranians and Arabs were then drawn into the Syrian conflict, having failed to support a government in Damascus that could protect both their interests.

Things have now changed. First, the Syrian crisis has escalated and threatens to destabilize its neighbors. Second, Iran will lead the Non-Aligned Movement for three years starting this month. This will allow it to work with regional states to defy US measures to isolate it from Syria. Third, the Arabs are anxious to work with Iran. When Syria’s conflict erupted in March 2011, the Arab League believed Assad would fall and Iran would be contained. By December, the league dispatched a mission to talk to all Syrian parties. By mid-2012, it tacitly conceded what Iran was saying: avoid making Assad’s fall the ultimate goal; avoid a power vacuum; and, prevent Syria from turning into a safe haven for terrorists.

The league is cautiously reaching out to Iran now. On Monday, Saudi Interior Minister Prince Ahmed stressed that his country — the most powerful member of the league — could not find direct evidence of Iranian meddling in Saudi affairs, and was keen to work with followers of Islam’s various doctrines, alluding to Shias, to resolve existing regional tensions. His statement, after a year of hostile exchanges between the Iranian and Saudi press, suggested that the kingdom might be willing to work with Iran over Syria, if Iran was cooperative.

Iran’s die-hard revolutionaries are never receptive to nice talk, and will continue using their cards. Iran has suggested including its allies Iraq and possibly Venezuela in the regional talks to increase Tehran’s leverage. Iran’s insistence discouraged the other three regional countries from meeting in Cairo at the level of foreign ministers until their representatives could build common ground. That may soon happen, because Cairo has called for a ministerial meeting.

Iran’s proposal to include its allies may wear out the Saudi patience in the talks, but not if the kingdom views it as an opportunity to leverage Iraq. Saudi Arabia withdrew diplomatic efforts to reach out to Iraq after Prime Minister Nouri al-Maliki came to power in 2006. But it continues stressing its desire to reconcile Iraqi factions to end the deadly conflicts in the country.

Like Iran, the kingdom must “fish in muddy waters” for a while, and when its interests are firmly hooked, it can shape regional currents in its favor and leverage other players including Iran. The kingdom does not like playing the same games as Iran, but the stakes are too high to withdraw from engaging Iran.

Syria faces an uncertain future. On Monday, new UN envoy Lakhdar Brahimi, met with the Arab League in Cairo, and he may visit Iran. The league says Brahimi possesses new vision and Syria and Iran have supported his mission. Being Algerian, Brahimi understands the perspectives of the four negotiating regional states. If these actors talk to each other, it could mark Syria’s new beginning. If not, Syria could descend into civil war.