A regional approach to stopping the violence in Syria is needed, writes Mohammad Ali Shabani. Egyptian President Morsi seeks to bring together Egypt, Turkey, Iran and Saudi Arabia to devise a political solution. But Iran's receptiveness to this effort should not be seen as reflecting a softening on Syria. 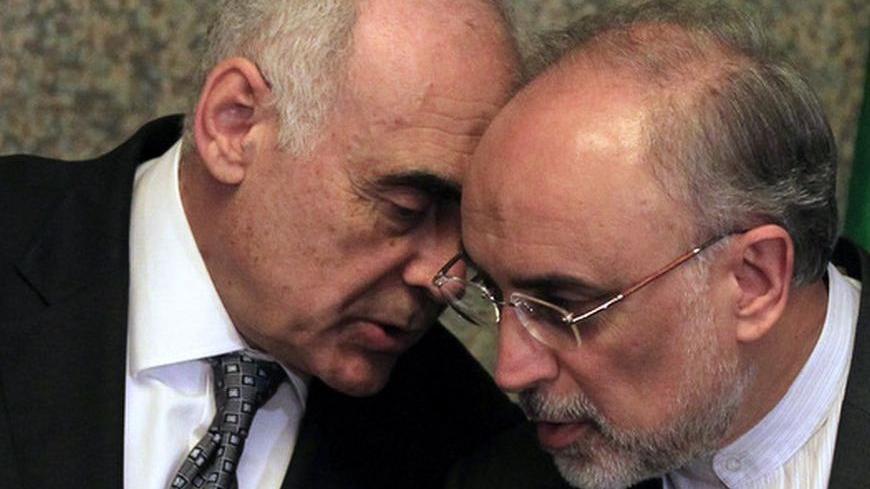 With parts of Aleppo’s ancient heart literally going up in flames and the world’s major powers seemingly paralyzed, it is becoming painfully clear that new approaches are needed to try to stop the violence in Syria.

Regional stakeholders are taking the initiative and moving toward balancing their interests. Egyptian President Mohammed Morsi is the latest to enter the field and seeks to bring together Egypt, Turkey, Iran and Saudi Arabia to devise a political solution to the conflict.

Having faced vehement Western opposition to its inclusion in US-backed forums on Syria for over a year, Iran has welcomed Morsi’s efforts. In Tehran’s view, its inclusion confirms the changing regional dynamics resulting from the stalemate in Syria. The Islamic Republic, which has had an alliance with Damascus for decades, has been quick to seize on the opportunities provided by the situation. In Cairo, Foreign Minister Ali Akbar Salehi reportedly told his Egyptian and Turkish counterparts that “‘observers’ from their countries, and from Saudi Arabia, could monitor the process of stopping the violence in Syria.” Salehi also appealed for all sides to simultaneously halt the bloodshed and offered to host the next contact-group meeting.

However, the Iranian foreign minister’s words should not be seen as reflecting a softening on Syria. Salehi explicitly warned against any foreign military intervention, and demanded “a halt to financial, military and training support for the Syrian opposition” — the latter a sharp rebuke to Turkey and Saudi Arabia in particular. The Cairo ministerial meeting last month was undercut, however, by Saudi Arabia’s decision not to send a representative.

Morsi has good reasons to want to lead an effort to bring together the region’s main actors to stop the violence in Syria. On the world stage, it is becoming clear that he is trying to stake out an independent foreign policy. His careful balancing between East and West bears some resemblance to how the late Egyptian leader Gamal Abdel Nasser played the superpowers against each other.

On the regional stage, nothing substantial has come from Turkey’s proposed alliance with Egypt, which would, in Ankara’s view, be the foundation of a new regional order. If anything, Morsi is increasingly becoming a rival of Turkish Prime Minister Recep Tayyip Erdogan. There is little room for Turks in the Arab world the Egyptian president envisions one day leading. Meanwhile, revolutionary fervor is still strong in the streets of Cairo, and Syria — with which Egypt was once united briefly under Nasser — occupies a special place among Egyptians.

No Egyptian president, in particular a Muslim Brother, can afford to ignore the Syria crisis. Since Tehran is Damascus’ main regional backer — and eager to overcome its relative international isolation by restoring closer ties with Egypt — drawing the Iranians into dialogue aimed at securing a transition in Syria achieves multiple objectives.

Turkey also has good reasons to support Morsi’s initiative. While Ankara has been vocal in its opposition to Assad, the stalemate is causing increasing alarm in Turkey. The violence has sent tens of thousands of refugees across the Turkish border and undermined trade by closing off one of Ankara's main routes to the heart of the region.

Moreover, the conflict is obviously spilling over. Seemingly emboldened by the gains of Syrian Kurds, and perhaps with Damascus’ support, the separatist Kurdistan Workers’ Party has stepped up its insurgency. According to the International Crisis Group, Ankara has not seen this level of Kurdish separatist violence since the 1990s, with over 700 people killed in the past 14 months alone. Moreover, the exodus of mainly Sunni Syrians into Turkish areas inhabited by large native Alawite communities is causing increasing tensions.

The events involving Syria have turned Foreign Minister Ahmet Davutoglu’s “zero problems” with neighbors doctrine on its head. In Libya, Turkey showed its ability to swiftly change its policies when needed. The only seeming stumbling block in the way of an at least partial turnabout on Syria is Erdogan’s much-reputed emotional and hard-headed character. But Erdogan, too, needs votes to stay in power.

The situation is different with Saudi Arabia. For now, the ruling Al Saud family has two main reasons not to join Morsi’s initiative. First, it doesn’t need votes to stay in power. Second, considering its wider rivalry with Iran and alliance with the United States, it doesn’t make much sense for Riyadh to both recognize Iran’s regional role and upset the Americans by joining inclusive regional talks on Syria.

The Qataris are also attempting to act as spoilers, albeit clumsily. Emir Al Thani’s address before the UN General Assembly, which included a call for Arab military intervention in Syria, contained two major ironies. First, the Emir commands an army of only 8,500 men. Second, the precedent he cited as a role model for military intervention was the Syrian presence in Lebanon beginning in 1976. As history informs us, that presence failed to prevent a new outbreak of civil war, and troops were only withdrawn in 2005 after the assassination of former Lebanese Prime Minister Rafiq Hariri.

In Cairo, Morsi dangled the full resumption of Egyptian ties with Iran if Tehran dumps Assad — a step that the Iranian leadership does not deem commensurate with the proposed abandoning of its Syrian ally. The Iranians, meanwhile, pushed for Iraq and Venezuela to be allowed to join the group — cheeky feelers that met a negative response.

For now, the main regional players are hedging their bets. Morsi is said to be contemplating a Qatari proposal for military intervention, provided that it has a limited scope and clear goals. After having expelled the Free Syrian Army "headquarters" from Turkish soil, reports now say the Turks (and the Qataris) are withholding heavy arms from Syrian rebels until they unite. And increasingly, word is coming out that the Iranians are indeed in touch with the Syrian opposition.

While it is clear that it will take time for a real regional dialogue on what to do about Syria to start, the wind is blowing in the direction of a regional solution. Under these circumstances, three things have become apparent. First, the Syrian government is likely to stay in power until a transition is negotiated. Second, an Iranian-Egyptian push for inclusive talks on Syria could split Turkey and Saudi Arabia, benefiting both Cairo and Tehran. And last but not least, America is set to see its influence in the region further decline. The real question is who will fill its place in the zero-sum theater that is the Middle East.