Banafsheh Khanoush writes that Iran is sending signals that it is eager to restart negotiations and make concessions on its nuclear program. 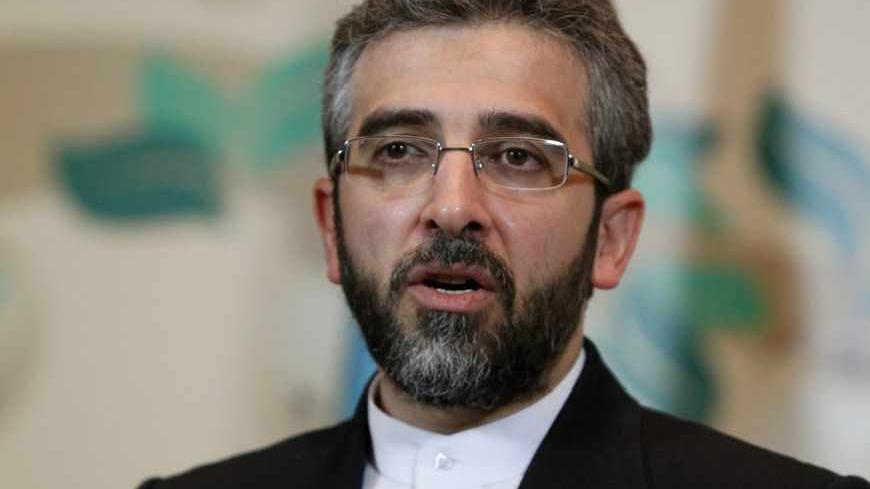 Iran seemed inflexible in the recent nuclear talks with the P5+1, the last of which was held in Almaty on April 5-6.  But Iranian nuclear negotiator Ali Bagheri said last week that Tehran offered multiple options to make the two rounds of talks in Almaty a success including an earlier one held in February.

Bagheri added Iran was concerned the talks will reach a stalemate. He compared Almaty with failed negotiations between Iran and Britain, France and Germany in 2003-2005. Back then, led by reformist President Mohammad Khatami, Iran was willing to make a concession over its nuclear program which its hard-liners rejected. The result: the rise of hard-line President Mahmoud Ahmadinejad, who refused to halt the country’s nuclear enrichment program.

Bagheri talks between the lines by comparing the previous failed talks with the current talks, hoping that the Americans who are key actors of the group of Western countries in the P5+1 will listen.

What he means is regardless of who's president in Iran, the country’s nuclear policy will not suddenly shift. The point was reaffirmed Friday by Iranian Foreign Minister Ali Akbar Salehi who emphasized that negotiations are independent from the results of the June presidential elections in Iran.

Earlier this month US Secretary of State John Kerry told Congress to hold off new sanctions against Iran until its presidential elections, in the hope that a new government will do housecleaning and re-commit Tehran to the P5+1 talks.

While the next Iranian president will be a less radicalizing figure than his predecessor, he will need to rely on a coalition of mainstream hard-liners loyal to the Supreme Leader Ali Khamenei to ascend to power. Therefore, at least in the short term, Washington should not expect a sudden shift in Tehran’s nuclear stance.

Presidential hopeful and current Tehran Mayor Mohammad Qalibaf, who represents a coalition expected to win the next race, reaffirmed that while as president he or other members of his coalition would pursue talks with the 5+1 “more intelligently” and “within the legal framework,” and “neither sanctify nor reject the possibility of holding direct talks with the United States,” the coalition will pursue the “resistance diplomacy” that has characterized Tehran’s behavior in the nuclear talks so far.

That means not accepting tokens that the P5+1 offers. In Almaty 2, the group offered to let Iran trade in gold despite international sanctions. In exchange, Iran was asked to either suspend its 20% enrichment (discussed in Almaty 1) or stop enrichment just below 20% (proposed in Almaty 2), a grade fuel which if produced in large quantities has potential military purposes. Iran-based observers agree that trade in gold has no value in relieving the country’s economic pressures, and is not sufficient reward to make it halt higher fuel enrichment.

Moving forward, Bagheri proposes that P5+1 either abandon Almaty or commit to one of two courses of action:

• Or resolve issues with Iran on a step-by-step basis by agreeing on a few preliminary measures privately discussed between the parties in Almaty 2.

If P5+1 adopts the second option, Bagheri insists the steps should be “mutually proportional, mutually reinforcing, and mutually implementable by both sides.” Tehran believes this is necessary to build gradual trust and avoid cornering it. After all, if Iran were to accept an offer of free trade in gold which is inconsequential to its economy, it could be deemed as a weak party from which more concessions could be derived, a prospect it will avoid.

The inflexibility of parties in Almaty should not break the talks. Salehi has urged P5+1 to resume talks with Iran. The group must impress on Iran’s current and future leadership (including the supreme leader, the armed forces and a new president) that it will contemplate mutually proportional measures to strengthen talks so that Tehran is certain an end to the international controversy over its nuclear program is in sight short of threats of war or further sanctions.

Deputy Gen. of Iran’s Armed Forces Staff, Brigadier Izadi, said last week North Korea’s recent nuclear threats were a “natural reaction” given the pressure placed on the country through a tight international sanctions regime. Talking between the lines, that was a clear warning. Despite a new president, if P5+1 talks fail and tighter sanctions are imposed, there is no telling Tehran may not turn into a maverick and endorse a non-civilian nuclear program, not because it wants to but because it feels its choices are limited.