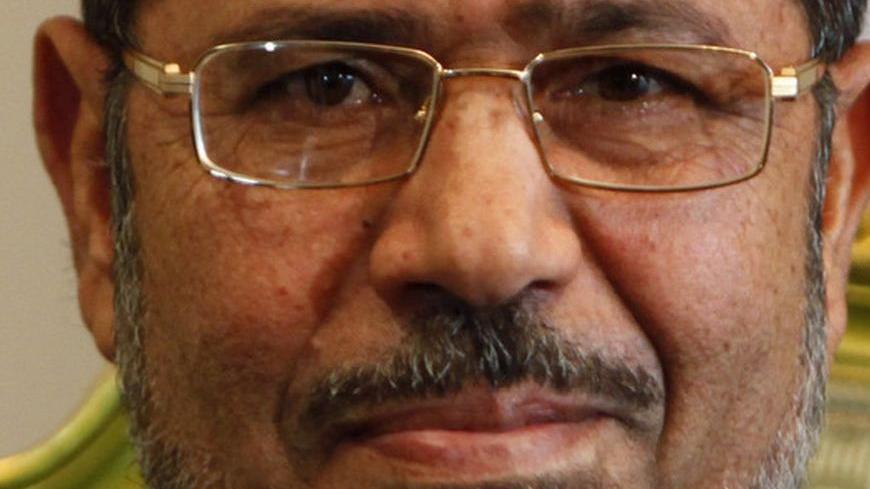 Early this morning, rumors began to float within Egypt’s political scene that President Mohammed Morsi was about to issue some quite radical decisions. A few hours later, a group of Muslim Brotherhood members began amassing at Egypt’s Supreme House Of The Judiciary to apparently show support for the soon-to-be disclosed decisions. We all knew something controversial was about to happen, and some had decent guesses. We just had no idea how controversial it was going to be.

Around 7 p.m. Cairo time, the presidential spokesman finally appeared on television to shatter the anticipation: The president has become the omnipotent leader of Egypt.

President Mohammed Morsi has released a constitutional declaration granting himself — most controversially — the powers to issue any decision or law without any alternative authority in the country having the power to oppose or revoke it. The president has also granted himself the right to use all “necessary procedures and measures” needed to confront — prepare for a very vague statement — a “danger threatening the Jan. 25 revolution, the life of the nation, national unity, safety of the nation, or hurdling the state institutions in performing their roles” — which appears to indicate a wide range standby emergency powers at the hands of the presidency.

Morsi has also stipulated that no authority can dissolve the existing Shura Council (the remaining Upper House of Parliament, as the lower house has already been dissolved by court order over the constitutionality of the electoral law) or the Constituent Assembly tasked with writing the constitution. In doing so, he has preempted the judiciary that was due to issue verdicts on the cases for the dissolution of both assemblies, with both likely verdicts being dissolution. This decision was even criticised by recently-resigned former constituent assembly members, such as former Arab League chief and presidential candidate Amr Moussa as well as the head of the April 6 youth movement, Ahmed Maher, people who have believed in giving this assembly a veritable chance and were not opposed to it in principle as other opposition forces have been.

The president has also extended the work of the constituent assembly by another two months, in light of the assembly crisis following the walkout of nearly one quarter of its members (primarily: the liberal block, the church, the journalists and farmers syndicates, and the assembly’s advisory council) over the increased domination of the Islamist majority of the assembly and the consequentially increasing debate deadlock.

In doing so, and in addition to preempting the judiciary, the president has ignored the continued calls for a genuine reform of the political representation imbalance within the assembly. He could have used the looming official deadline for the assembly to complete its work as an acceptable and perfectly valid political excuse for a creating a reformed assembly, which would have relatively saved face for everyone involved.

To make this all more palatable, the president issued expansions of the pensions for injured revolutionary protesters and widened the net of recipients. He controversially amended judicial laws and removed the sitting prosecutor-general (a popular demand for the revolutionary community, though) who was accused of compromising fair trials and investigations of former Mubarak regime as well as security personnel potentially involved in protester murders.

He also officially ordered a repeat of revolution-related trials, and the newly-appointed prosecutor general - a figure hailing from Egypt’s judicial independence movement - has promptly ordered the retrial of Mubarak and his interior minister El-Adly in a tour-de-force to rally some political support around him and the decisions. But even his promise of retrials seems focused in wording on events before Feb. 11, 2011, with nothing clear about the many protester deaths and injuries after that.

Some are trying to justify Morsi’s decisions using the “three necessaries.” He resorted to “taking necessary powers as a necessary evil to enact some necessary good” — and that Morsi is allegedly “a good guy who would not abuse such powers.” But the point is that laws are not designed separately for each person and each case. Laws are designed to create good governance, to protect people from its possible excesses and abuses, and even to protect the government officials themselves from their own potential excesses. Allowing such moves by the sitting president to take place just because the intentions could be benign or because the person himself appears to be of a positive personal disposition is tantamount to justifying the powers Mubarak gave to himself under the names of stability and security. In fact, even the president’s alleged ability to issue constitutional declarations has been challenged by quite a few legal and constitutional minds, casting doubt on the legality of what he did in the first place.

By midnight, Egypt’s opposition had issued multiple statements, including one unified forceful statement in a news conference featuring center-stage the rare sight of opposition leaders and former presidential candidates Mohammed El-Baradei, Amr Moussa and Hamdeen Sabahi (who were just ironically meeting with Morsi recently in a presidential initiative to promote national consensus) and many others calling for the immediate annulment of this declaration, a reformed constituent assembly, a law on transitional justice, while calling for strong protests all over Egypt. Downtown, clashes have already renewed and reportedly intensified in Tahrir, while the television features a live feed from the iconic square showing a big sign stating: “No Ikhwan Allowed Inside.”

The January revolution personified all its anger against a president who gave himself near infinite powers for 30 years. It is thus beyond unacceptable that a president who was elected in the name of that very same revolution grants himself every single imaginable power in the state, and then some more. This is a truly critical test for Mohammed Morsi and for what he desires to be the identity and direction of his presidency. The president can still avoid plunging the country into a state of deep confrontation and dangerous uncertainty.