Kurdistan’s Man In Washington Preps For New Role Back Home

Qubad Talabani, the longtime Iraqi Kurdistan Regional Government (KRG) envoy to Washington, will move to Kurdistan this summer after a twelve-year run representing Iraqi Kurdistan here that has seen the US invasion and withdrawal from Iraq, Laura Rozen reports. 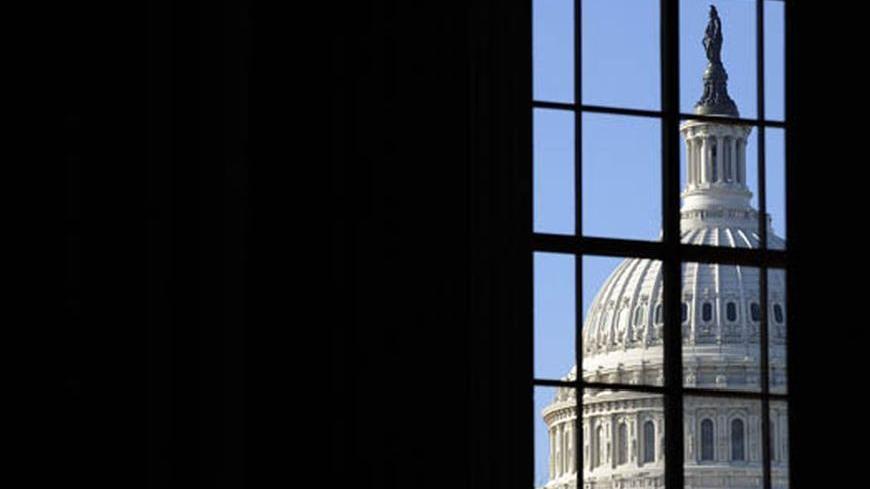 The dome of the US Capitol - REUTERS/Jonathan Ernst

Qubad Talabani, the longtime Iraqi Kurdish Regional Government (KRG) envoy to Washington, will move to Kurdistan this summer after a twelve-year run representing Iraqi Kurdistan here that has seen the US invasion and withdrawal from Iraq.

Talabani, 34, the son of Iraq’s president Jalal Talabani, will head up a new strategic policy coordinating body reporting to the Kurdistan region's prime minister, Nechirvan Barzani. He will be based in the provincial capital of Erbil, and accompanied by his family-- his wife Sherri Kraham, a managing director in the Millenium Challenge Corporation (MCC) policy department, and their two year old son, Ari.

“Clearly, professionally, this is a step in the right direction for me,” Talabani told me in an interview Tuesday. “I have worked my whole professional career on international relations, and this gives me an exciting opportunity to work on [Kurdish] domestic policies and the strategic development of Kurdistan as a region.”

"After twelve years of being here, I am sad to leave this great city but excited to start a new challenge,” he said. “If I was ambassador, I would have been one of the longest serving."

Given Talabani’s ancestral pedigree, however, it’s hard not to wonder if he’s being groomed to assume a future political leadership role. His maternal grandfather, Ibrahim Ahmad, was the first chairman of the Kurdish Democratic Party, and his father, Jalal, is the former peshmerga commander and Patriotic Union of Kurdistan (PUK) chief, who has served as Iraq’s president since 2005. (See my 2007 Washington Monthly profile of the younger Talabani, the Scion.)

Talabani is preparing to move to Kurdistan as Iraq and the region are undergoing renewed turmoil in the wake of the withdrawal of the last US forces from the country late last year and the Arab uprisings. The festering Syrian conflict next door in particular has contributed to growing sectarian strains in Iraq and the region. Turkey and the Kurdistan Regional Government (KRG)--once at odds over Ankara's fear over Kurdish political aspirations--have found themselves largely aligned in their alarm at the Shiite-led government of Iraqi Prime Minister Nouri al-Maliki, its tilt towards Iran, and treatment of Iraq's Sunni and other minorities--and their political leaders.

“Obviously, this is not happening in a vacuum. Iraq is in a bit of turmoil,” Talabani said. “We have to devise a formula to work together, otherwise the country is going to fail.”

Talabani last month hosted KRG president Massoud Barzani as the senior Kurdish statesman made the rounds on an official visit to Washington. On several appearances during his trip, Barzani blasted the Maliki government, accusing the Iraqi prime minister of having dictatorial tendencies and threatening if such behavior continues, to bring the issue of Kurdish independence to a referendum in Kurdistan. Erbil and Baghdad have also been at odds over oil and gas contracts, and the continued legal uncertainty over the KRG’s authority to award energy concessions independent of the Baghdad central government, which has not yet passed a hydrocarbons law. (Exxon's being awarded a Kurdish energy concession last year angered Baghdad--and potentially put at risk its prospects for energy concessions in the rest of the country.)

But despite the contentious matter, Talabani was respectful when Iraqi deputy prime minister (and former oil minister) Hussein al-Shahristani—a close Maliki ally--visited Washington last week. The Kurdish diplomat declined to issue any comment that might further inflame the situation.

As to his move to Kurdistan, Talabani said he is unfazed by the prospect of moving to a land where he has never really lived full-time before, noting that he’s traveled there "gazillions" of times.  (The English-accented Talabani, who was raised in exile in the UK by his maternal grandparents, was bitterly mourning the loss of Manchester United to Manchester City on Monday night--as evinced by his Twitter feed: "Numb. Empty. Hollow. Sad. Dazed. Fazed. Upset. Sick. Feverish. Nauseous. Just a few feelings I have right now.")

Talabani named two accomplishments over the past dozen years in Washington of which he is particularly proud: the founding of the Kurdish-American Congressional caucus, and the opening of the US consulate in Erbil last July.

As to who will succeed him as the KRG rep in Washington, Talabani declined to name names, but said both leading candidates in the running are excellent and have longtime diplomatic experience in the West.