What Next for PUK, Iraqi Kurdistan? 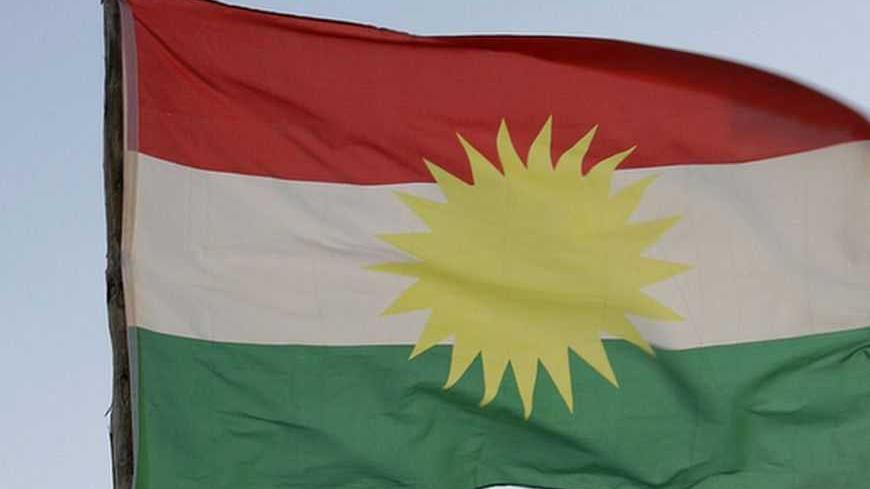 A Kurdish Peshmerga soldier holds a Kurdistan flag during a deployment in the area near the northern Iraqi border with Syria, which lies in an area disputed by Baghdad and the Kurdish region of Ninevah province, Aug. 6, 2012. - REUTERS/Azad Lashkari

As soon as Hiro Ibrahim, the wife of Iraqi President Jalal Talabani, returned to the city of Sulaymaniyah last week, leaders of the Kurdistan Democratic Party (KDP), headed by president of the Kurdistan Region Massoud Barzani, began holding frequent meetings with her. The official objective of these visits was to discuss the Kurdish-Iraqi situation, while its implicit purpose was to maintain the strategic alliance between the two parties and preserve the Patriotic Union of Kurdistan (PUK) after Talabani’s departure so as not to upset the balance of power in the region.

Hiro Ibrahim, a prominent PUK leader, had accompanied her husband to Germany, where he was urgently transferred at the end of December for medical treatment. She returned last week to the city of Sulaymaniyah, north of Baghdad, and took part in a series of meetings between the two main parties in the region, the PUK and KDP, with the participation of Barzani.

A statement issued after the meeting on Sunday, Jan. 13 read that all parties stressed that Jalal Talabani does not belong only to the PUK, but to all Iraqi Kurds. The statement added that Barzani underlined the need to preserve the alliance with the PUK.

The two main parties in Iraq’s Kurdish region hold 59 out of 111 seats in the Iraqi Kurdistan Parliament (IKP), and 42 seats in the Iraqi Council of Representatives. The Kurdish opposition has 34 seats, while the largest share is for the Movement for Change that split from the PUK and has 25 seats. The Kurdistan Islamic Union holds six seats, while the Islamic Group in Kurdistan holds four.

The two Kurdish parties signed an alliance agreement in 2007, after a long and bitter struggle. The agreement stipulates the division of administrative positions in the Iraqi Kurdistan Parliament and the Kurdistan Regional Government (KRG), as well as in the federal government in Baghdad.

Nechirvan Barzani, prime minister of the KRG, said after meeting with Talabani’s wife in Sulaimaniyah that his visit did not address the issue of Talabani’s successor, whether at the level of the party or the Iraqi presidency.

Despite this assertion, the president of the Iraqiya List, Iyad Allawi, said that he discussed with Massoud Barzani in a meeting on Thursday, Jan. 10 in Erbil the need to preserve the unity of the PUK after Talabani.

Allawi told Al-Monitor that "there was in-depth talk in Kurdistan on the need to preserve the PUK, its integrity and course. We expressed hope that the president would recover and return to Iraq. There is a common desire for the PUK to be part and parcel and an important pillar in Iraqi politics."

Iraqi Kurdish political analyst Zarzis Cooley Zadeh said that "the region is witnessing difficult circumstances and great changes, including the Syrian situation, not to mention the situation in Iraq and the protests that have emerged in Sunni regions, in addition to the significant divergence between the Shiites and Kurds as a result of disagreements between Baghdad and Erbil on a variety of issues."

He added: "I think that the responsiveness and care exhibited by the president of the Kurdistan region aims to prevent any possible rift among the ranks of the PUK."

He said that the two main parties are keen to maintain the political understanding between them on all areas, which they see as a national requirement to preserve security and stability in the region and prevent any internal political deterioration at this stage.

He noted that "Talabani’s party may suffer new divisions by virtue of its intellectual diversity, after the split of the Movement for Change and the formation of a political and parliamentary bloc."

Demonstrations broke out in the city of Sulaimaniyah at the beginning of 2011, demanding administrative and political reforms and addressing financial and administrative corruption in the region. Many were killed and injured during these demonstrations.

However, a few months ago, Talabani’s party reopened lines of communication with the opposition Movement for Change. The two parties agreed to define the powers of the president of Kurdistan in the Kurdistan constitution, stipulating that the president is to be elected by parliament and not by direct popular election. This was rejected by Barzani’s party, and considered by observers to indicate a potential change in the map of regional political forces.