The apparent takeover of the Iraqi Patriotic Union of Kurdistan party by Bafel Talabani is more family affair than policy dispute. 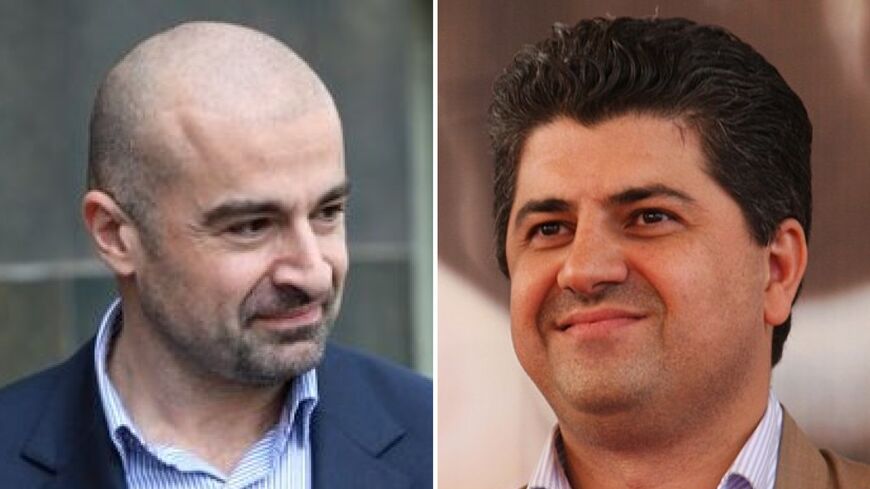 The power struggle within Iraqi Kurdish Talabani dynasty sharply escalated late Tuesday as dozens of gunmen stormed the offices of a fledgling media outlet owned by Lahur Sheikh Jangi Talabani, the embattled co-leader of the Patriotic Union of Kurdistan (PUK), prompting fears of protracted instability, and potentially conflict, in Iraqi Kurdistan, a critical ally of the United States.

Nearly 50 armed men in masks and military garb broke equipment and shut down the offices of iPLUS in Sulaimaniyah, the administrative capital of the PUK, iPLUS said in a statement.

The PUK is the second-largest party in the Kurdistan Region of Iraq and shares power with its chief rival, the Kurdistan Democratic Party (KDP). Zhyan News, another media outlet affiliated with Talabani, was also raided. Zhyan called it a “coup” against its owner in a tweet.

The raid came as PUK co-leader Bafel Talabani initiated a series of moves aimed at toppling his cousin and grabbing full control of the party. The PUK was founded by Bafel Talabani's father, Jalal Talabani, the charismatic former president of Iraq who along with KDP chief Massoud Barzani long were the main leaders of Iraq’s Kurdish nationalist movement. Jalal Talabani died four years ago.

Bafel Talabani claimed earlier that a poisonous substance used in an attempt on his life — he did not say when or where — was found at the headquarters of the intelligence service. He offered no further details of the alleged plot. But he was clearly pointing fingers at Lahur Talabani and setting the stage for his overthrow.

Over the past week, and allegedly with the KDP’s encouragement, Bafel Talabani ousted the heads of the PUK’s counterterrorism and intelligence forces, both led by Lahur Talabani, and installed loyalists in their stead. Bafel Talabani's younger brother, Qubad, who serves as deputy prime minister in the Kurdistan Regional Government (KRG), overtly backed the move. Several key PUK veterans, including Kosrat Rasoul Ali and Mala Bakhtiar — who once vied for power themselves — rallied around Bafel Talabani as well.

Bafel Talabani, 48, is seen as mercurial and unpredictable, whilst Lahur Talabani, 45, is viewed as a pragmatist who enjoys good relations with Iran and the United States alike. The pair are believed to have butted heads over power and money, with Lahur Talabani and his siblings allegedly monopolizing the spoils of smuggling and other commercial activities in PUK-controlled territory, which shares a long border with Iran.

The power play unleashed a flurry of speculation that Iran, the most influential foreign actor in PUK-run territory, and Turkey, which holds greater sway in KDP-run land to the north, were somehow involved. This was spurred in part by unsubstantiated claims that Lahur Talabani’s operatives helped the Trump administration kill Iranian Revolutionary Guard commander Qasem Soleimani in January 2020. However, it would not be in Iran’s interests to see Bafel Talabani grow too strong either.

Ankara’s aversion to Lahur Talabani stems from his close relations with Kurdistan Workers Party (PKK) militants fighting Turkey and with Turkish leaders' other bete noir, Mazlum Kobane, the commander in chief of the US-backed Syrian Democratic Forces. Turkey blames Lahur Talabani for the abduction of two senior members of its intelligence services by the PKK near Sulaimaniyah in August 2017.

However, sources familiar with the dynamics of the Talabani family say the claims of foreign involvement are vastly exaggerated. “It’s an internal family fight,” one of the sources, speaking not for attribution because of the sensitive nature of the quarrel, told Al-Monitor.

The source, like many others, said it was too early to rule out a counterattack by Lahur Talabani and that a violent showdown, though unlikely, could not be discounted either.

The source added that Lahur Talabani had helped precipitate his downfall through his verbal assaults on Barzani. “Massoud Barzani is a red line, yet he went after him as if they were equals,” one of the sources said. His salvos against Ankara did not help either, the source added.

Ultimately, though, the fight “is the direct result of the lack of institutions in Iraqi Kurdistan where everyone has their own group,” the source said.

Wladimir van Wilgenburg, an expert on Kurdish affairs and the co-author of the recently published “The Kurds of Northern Syria: Governance, Diversity and Conflicts,” said the changes might affect the alliance between the PUK and the opposition Gorran, or Change, movement for nationwide elections in Iraq scheduled for October, “unless Bafel Talabani continues the alliance with Gorran.”

A battle for the succession has been quietly brewing since Jalal Talabani's death in October 2017, a week after the KRG held a referendum on independence from Baghdad that was fiercely opposed by Turkey, Iran and the United States, but also by Bafel Talabani and Lahur Talabani on the grounds that it was premature. The pair were subsequently accused of treason by Barzani over their alleged complicity in the overrunning of Kirkuk by Iraqi government forces. The oil-rich province claimed by the Kurds and Baghdad alike is crucial for the viability of any future Kurdish state.

The rivalry between the cousins was initially papered over by a power-sharing agreement that was struck in 2020 under which both were elected as “co-chairs” of the party. They had together quashed other potential contenders for the top post in the PUK who weren’t members of the Talabani clan. The PUK has long prided itself on not being “tribal” like its longtime rival, the KDP, which is dominated by the Barzanis.

Ramzy Mardini, an associate at the University of Chicago's Pearson Institute who studies conflict resolution, told Al-Monitor, “PUK isn’t meant to be a tribal structure, and yet here we are with the Talabani offspring ruling the party.” He said the timing of the purge could help shed light on some of the dynamics at play. “It’s either based on preemption of prevention. Either the Talabani brothers had reason to believe that Lahur was on the verge of making a move against them, or they had reason to believe Lahur’s ascension to the top was a possibility in the future and the window of opportunity to prevent that from happening was closing,” Mardini observed. This could be connected to the steadily worsening health of the Talabani brothers' mother, Herro, a formidable political operator in her own right.

“It could be that if she passed away, maybe the Talabani brothers would not have the clout to consolidate power. But I imagine with her alive, even if out of the commission, it still helps the brothers’ standing in the party,” Mardini said.