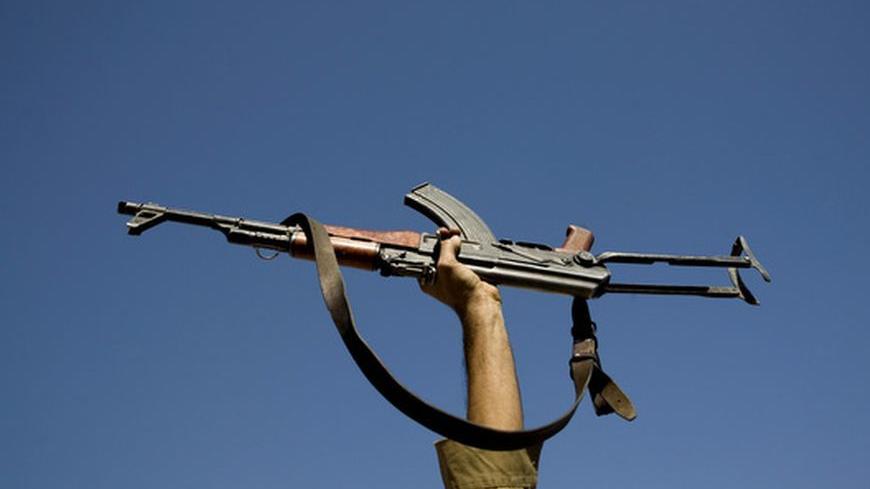 On the request of the P5+1 for Iran to take ‘the first step’ toward resolving the nuclear dispute:

The first step is the issuing of the fatwa by the leader of Iran [Ayatollah Ali Khamenei]… That’s a very important announcement… In response, we would like to hear from the other side that they recognize the right of Iran for peaceful nuclear activity according to the NPT.

On the request of the P5+1 for a ‘concrete’ step on the issue of 20% enrichment:

The issue of the 20% enrichment is the first proposal of the 5+1 and the third proposal of Iran. So [this] is an issue that could be discussed and decided. It is not off the table…I’m sure that at the meeting in July [July 3] between the technicians that issue has been discussed.

On whether progress is possible before US presidential elections:

Because of the election, the US government may not have enough room to maneuver....But I can tell you that we do not base our negotiation with the 5+1 based on the election in the United States or in any other country.

On prospects for direct talks between the US and Iran:

The channels for exchanging views between the two countries have always been open…One of the good channels is the Swiss embassy in Iran…There have been some occasions of working together on issues which you know very well. The door is not closed to convey any messages or any idea.

On provocative rhetoric from some Iranians about higher levels of enrichment and closing the Strait of Hormuz:

Decisions on the nuclear issue are made by [Iran’s Supreme] Council of National Security, [chief nuclear negotiator Saeed] Jalili and the president [Mahmoud Ahmadinejad…You should not be alarmed about those things [provocative rhetoric]...We will react if there is any provocative act from the other side.  We will not initiate any provocative steps.

On US rejection of Iranian participation in talks on Syria:

You are negotiating with a country that has veto power on many issues in the region. And we have shown in the past that for the stability of the region, solving problems…Iran could play a very helpful role. Even recently in Iraq, Iran played a very positive role. In terms of facilitating for the US troops to leave Iraq...Concerning the Syrian issue, this is another miscalculated position by the United States…If they want to ignore Iran on the talks on Syria and maybe in the future on other issues, it doesn’t affect at all the power and influence of Iran. The influence is there. You want to use it? That’s your choice. They are not doing a favor to Iran to accept the Iranian offer.

On sanctions and a recent poll showing that Iranians would be willing to give up enrichment for sanctions relief.

I do not confirm that poll at all. During the Iran-Iraq war we did not lose even one centimeter of land...Iran preserved its national and sovereign right…If Iranians believe something is threatening their sovereignty and national rights, they will resist...By putting pressure on Iran, the other side will also lose. We are not talking about a small isolated country...It should be a win-win solution for both sides.’

In the Koran, we believe in all prophets including Jesus and Moses…Why don’t we look at the realities on the ground? Iran is the only Muslim country that the Jews have the equal right to have a member of parliament....and the temples are open…We have to look at those issues rather than focusing on some statements.

On the Non-aligned Summit Iran will host at the end of August:

As the chair of the NAM, we do not distinguish among members. We have invited all leaders, all ministers and relevant authorities to attend regardless of their views on different issues. A special envoy of the Iranian government traveled to Jordan today to invite the King. An invitation has been sent to the King of Saudi Arabia to [Palestinian leader] Abu Mazen…I’m sure we will have a good number of ministers.

On significant differences between the P5+1 and Iranian proposals at the nuclear talks:

If they were similar, there would not be any need for negotiation…The first step, they are asking to stop 20% enrichment, closure of Fordow as well as transferring the stockpile…It doesn’t refer to Natanz…[On the second step, providing fuel for the Tehran Research Reactor] they said they will try to consider it. There is no promise in the proposal. There is consideration, thinking, trying.

On providing spare parts for Iran’s aging civilian airliners, the P5+1 proposal that it ‘is prepared to permit safety related inspections’:

This means go and get the permission of OFAC [the US Treasury’s Office of Foreign Assets Control], find a company [to handle the transaction] and do this and that and blah blah blah. This is a humanitarian issue. People are getting killed because of the crashes…Put yourself in Iranian shoes.

More on the P5+1 proposal and the possibility of closing the gaps between two roadmaps for normalization:

Step two was capping enrichment at 5% as well as [ending production of] the heavy water in Arak in exchange for thinking, finding a way for removal of unilateral sanctions. And the third part of the proposal is that Iran should implement fully the Security Council resolutions. Then they will consider to remove the [UN] sanctions…

I do not think it is impossible. It is possible to close the gap…based on good will, respect, preserving the Iranian nation’s right, not harming them, vice versa we do not harm anybody. How to take steps forward…that’s the issue that lawyers and technicians…can discuss.

Transcribed and edited by Barbara Slavin