In the Gaza conflict, Iran reveals that it has the wherewithal to shift the equation and provide some payback, even in areas where its adversaries hold sway. 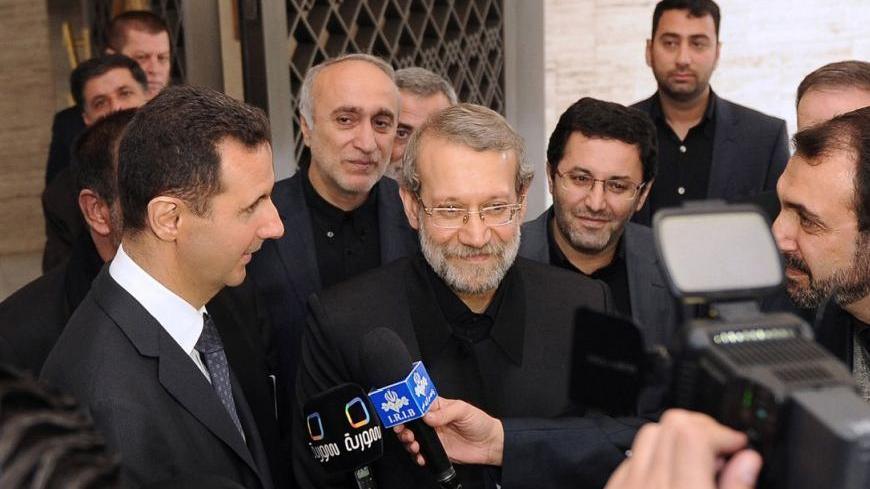 Iran sent a message last week to the West, the West’s Sunni allies and Israel that it will challenge any attempts at Sunni hegemony in both Gaza and Syria.

While all politics are local, in the Middle East there's an overlying sectarian conflict in play.

Iran, the leading Shia power in the region, played a formidable hand, countering the regional ambitions of Qatar and Turkey; revealing the limits of Egypt’s influence; and showing that its proxies and allies can reach within Israel.

In the Gaza conflict, Iran revealed that it has the wherewithal to shift the equation and provide some payback, even in those areas where its adversaries allegedly hold sway and hegemony. The fighting in both Gaza and Syria shows Iran’s capabilities to play on two fronts, simultaneously.

For those who believed the trend is “Sunni leaders gaining clout,” Iran is saying think again.

Let’s look first at the Gaza or Israel front.  Hamas’ decision to launch Iranian missiles was not made solely in Gaza. Hamas, Palestinian Islamic Jihad and others, would not have taken on Israel if Iran did not have their backs, which it did. Ali Larijani, speaker of Iran’s Parliament, said, “The Zionist regime needs to realize that Palestinian military power comes from Iranian military power,” adding that despite Iran’s economic difficulties, “we are changing the region, and this will be a big achievement.”

Israel’s ‘Iron Dome’ missile defense system performed admirably, but missiles are weapons of terror, not accuracy. Tehran revealed to Israel and the world that its reach extends to within Israel’s borders. Its missiles are in Gaza and many more are in Lebanon, controlled by Hezbollah, whose patron is Iran.

This message has been received by Israeli Prime Minister Benjamin Netanyahu, who might be reminded during the upcoming elections about the costs to Israeli deterrence from the Gaza conflict, most likely by Tzipi Livni, who has announced her candidacy for prime minister, but perhaps even by Defense Minister Ehud Barak, who said he would resign after the next Israeli government is formed in January 2013. This could be similar to Ohlmert’s predicament in 2006, when Israel invaded Lebanon in response to Hezbollah rockets attacks.

Hamas leader Khaled Meshaal had begun to shift his alliance from Iran and Syria to Qatar and the Gulf states, but last week Tehran revealed the false promise of his flirtation in the ensuing confrontation with Israel.  This follows an implosion in the Hamas leadership and the proliferation of mini-Hamases with closer ties to Iran.  These new power centers had forced Meshaal to seek refuge with Qatar, where he may soon find himself based, as it has been widely expected he will step down. Meshaal, who functions on the outside of Gaza, is being questioned by other Hamas and Islamist leaders, especially those inside Gaza, for his decision making and has emerged a clear loser in the past week. Sheik Hamad bin Khalifa al-Thani, the emir of Qatar, had visited Gaza in October with great fanfare and promised $400 million for development projects, which many took as a sign of a shift in regional alignments in favor of Qatar and a loss for Iran. When the conflict broke, however, Qatar found itself on the margins.

Meshaal’s machinations provided the opening for Hamas, and the new challengers to Hamas, to end up in Iran’s lap.  Iran changed that equation.  Iran said to Qatar, “the Hamas you control in Gaza is not in control in Gaza.”

Iran will play the Gaza card again, with all due respect to the cease-fire.

In Iran’s score, Gaza was not just about Gaza.  It was also about Syria, a second front. Tehran is the prime backer of Syrian President Assad and has been active in regional diplomacy to end the fighting. But its efforts have been largely ignored by the West.  Such a move would also serve to tamp down expectations of any solution in Syria absent Iran.

As Al-Monitor’s Iran Pulse reported, Larijani took a victory lap for Iran in Damascus, meeting with both President Bashar al-Assad, where Larijani praised the Syrian role in the region, and Ahmed Jibril, the head of the Popular Front for the Liberation of Palestine, who commended Iran’s role in the Palestinian issue.

The ascendance of Iran’s role in Syria could provide perspective on a diplomatic solution to end the conflict, which is misleadingly characterized as between the “opposition” and the  “Assad regime,” as Denise Natali writes this week. It is, rather, a Sunni-Alawite bloodbath with both sides backed by their regional sectarian patrons (the Alawites are an offshoot of Shia Islam and backed by Iran).

The history of Syria is a history of instability and coups d’etats until Syrian Defense Minister Hafez al-Assad, Bashar’s father, an Alawite,  assumed power in a coup in 1970. Assad’s rule went unchallenged until his brother Rifaat al-Assad, attempted a failed coup in 1984.

The point here is that President Assad is the leader of the Alawites, until the armed Alawites decide otherwise. Simply put, until the Syrian Alawites themselves make a change, they will back Assad. Any initiative that therefore leaves out these same Alawites of Syria, and overlooks the sectarian, local and regional dimensions of the Syrian conflict, is a recipe for diplomatic failure and more deaths among all Syrians.

The US has tried to find an Alawite replacement to take Assad’s place. Asif Shawkat, the former deputy defense minister, killed in a mysterious bombing in July, was one such hope. Since then, there have been numerous attempts to destabilize or replace Assad with another Alawite, but it has all been worked from the outside. Until such a time there is a change from within Syria’s Alawite community, the conclusion one must reach, is that for now Assad is their leader, for whatever reason.

Discussion of a "post-Assad" future for Syria solely among the Syrian National Coalition in Istanbul or Doha, absent a role for the Alawites inside Syria — who are presently represented and defended by Assad — will come to naught.

These trends were missed by many who rushed to proclaim Egyptian President Mohammed Morsi  as the new diplomatic broker and moderating force in the Middle East.  That perception was put into question just 24 hours after helping negotiate the cease fire in Gaza. Morsi quickly ditched the mantle of regional statesman and moved to consolidate power in Egypt through a presidential decree that rallied all opposition forces against him.  For those who have been reading Al-Monitor, which has  covered the controversy and crisis of Egypt and the  Constituent Assembly since June,  including a detailed analysis of the draft constitution by Bassem Sabry last month, Morsi’s pivot should not be a surprise.

Instead of a diplomatic broker, Morsi was more a reluctant escrow account manager.  He played his role by default, as the region was caught flat-footed by the conflict, with limited influence over Hamas or Israel, but both of them urgently seeking a face-saving way out.  The escrow account was thin and quickly exhausted, and Morsi’s role, in the end, a supporting one, and not too dissimilar from Egypt’s role under Mubarak.

If Egypt has revealed its limits in Gaza, Turkey has shown itself reduced to a mere shadow of the regional prestige it possessed just three years ago, as Prime Minister Erdogan proclaimed Israel a ‘terrorist state’ and Foreign Minister Davutoglu cried in Gaza. Turkey preferred rhetoric over diplomacy and had no significant role in the conflict or the cease-fire. It is no surprise then that Kemal Kilicdaroglu, the leader of the opposition CHP Party, this week called for Davutoglu ’s dismissal, and there are rumblings even within the AKP to hold the Foreign Minister accountable for Turkey’s foreign policy missteps.

Iran may next seek to reveal its influence on another sectarian fault line, that is between the government of Iraqi Prime Minister Nouri Al-Maliki and the Kurdistan Region of Iraq. The clashes this week in Tuz Khurmatu may foreshadow more to come, especially if Iran’s interests in Syria are not recognized.  For now, the US helped broker an agreement for both sides to step back from conflict. The next time that this  front is triggered or activated for whatever reason, the US may  find itself in a similar situation as Morsi — an escrow agent discovering there’s not enough in the account to keep the parties from fighting, and counting on Iran to help walk the parties back from conflict.

So as the Palestinian and Israeli people attempt to heal from another tragic exchange, and Syrians continue to die, there is a diplomatic landscape that is both old and new. Iran has again shown its reach within Israel’s borders. It kept things quiet since Hezbollah rockets provoked Israel’s retaliation in 2006.  But this month Iran has made a statement, if a brief one.  In case there was ever a doubt, Iran has the capabilities of peace and war in Israel, Syria, and Iraq.

Israel, too, has its cards, including the best military in the region, a nuclear arsenal, and the support of the US and the international community for its concerns about Iran’s nuclear program. But the multilateral P5+1 forum (the US, United Kingdom, France, Russia, China and Germany) to deal with Iran’s nuclear program has limited utility for conflict resolution between Israel and Iran, and this is in the end a local matter which would need a credible escrow manager, and that opens up a potentially greater role for Russia.

There is a growing recognition of this reality. As Israeli senior columnist and political analyst  Ben Caspit wrote in Al-Monitor this week, when Israel negotiated with Egypt, to negotiate with Hamas, it is by extension dealing with Iran.