It's Time to Engage Iran, Russia on Syria

The battle for Syria represents much more than the last days of the regime, as a regional power struggle is playing out, writes Andrew Parasiliti. The US should be mindful of steps that might affect regional considerations, which include the fragile transition in Iraq, and prioritze both diplomacy with Russia and engagement with Iran. 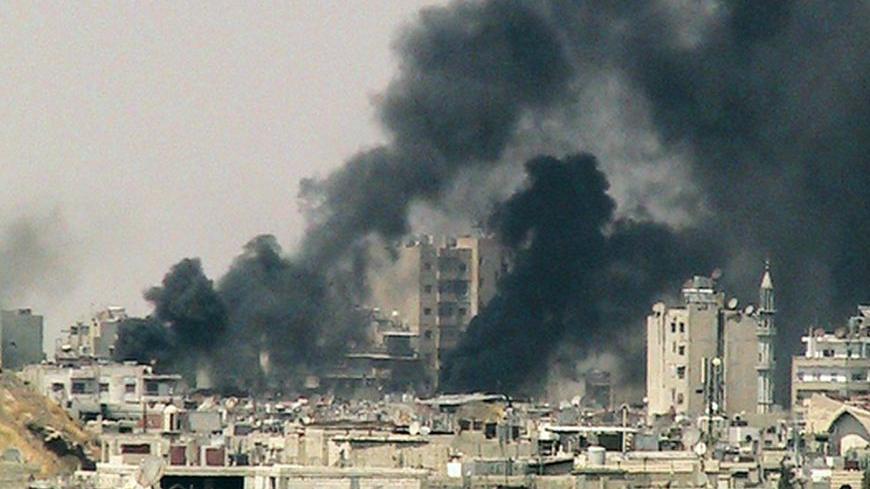 The battle for Syria is best understood as the epicenter and early stages of a regional sectarian conflict, rather than the last days of President Bashar al-Assad.

The civil war in Syria should give pause to those who are fixated on a timeline for Assad's fall. The Syrian president has taken some hits in the past week but has settled in for a no-holds-barred fight to hold onto power. Absent a substantial military intervention by the US or others, the military balance remains with Assad, including in Aleppo, where anti-regime militias have made a major push to seize control. The security officials named to replace those killed last week are familiar hard liners and Assad loyalists. Assad's forces appear to have beaten back the rebels in Damascus. Syrian Foreign Ministry Spokesman Jihad Makdissi acknowledged Syria's possession of chemical weapons this week, described by experts as "probably the largest and most advanced" program in the Arab world, adding that that they will not be used "unless Syria is exposed to external aggression." This threat earned a rebuke from Russia but signaled that Assad has no plans to abdicate.

Another reason reports of Assad's demise may be premature is because of the regional power struggle that is playing out in Syria. The US has until now subcontracted the armed insurgency to the patronage of Turkey, Qatar and Saudi Arabia. Many in the Gulf Cooperation Council states consider Syria a sectarian battlefield to check Iranian and Shiite power and influence. Assad is an Alawite, a sect of Shiism, as well as a key ally of Iran. Alawites represents approximately 12%, or 2.6 million, of Syria's 22 million people. The so-called Shia arc of Iranian influence also includes Lebanon, which is dominated by Hezbollah, and Iraq. Iran is not likely to give up the fight with the stakes so high. Assad also has a backer in Russia, which is unwilling for now to cede its influence in Syria. Moscow may believe that the worse things get, the more its influence grows, as only it holds the key to negotiations with the Syrian government.

The implications of Syria for Iraq cannot be understated. The New York Times reports today (July 25) that "The presence of jihadists in Syria has accelerated in recent days, in part because of a convergence with the sectarian tensions across the country's long border in Iraq." Iraq, which endured a brutal sectarian civil war after Saddam Hussein was deposed by US forces in 2003, has suffered a resurgence of terrorist attacks by al-Qaeda-linked Sunni extremists with both ideological and operational ties to a growing jihadist presence in Syria. The civil war in Syria also has consequences for Lebanon, which has already seen violence at its borders, as well as Turkey, Jordan and Israel.

The Obama Administration should be mindful of steps that might accentuate, rather than resolve, the Syrian civil war and its regional consequences. US Secretary of State Hillary Clinton said yesterday, July 24, that "we have to work closely with the opposition because more and more territory is being taken, and it will eventually result in a safe haven inside Syria, which will then provide a base for further actions by the opposition."

The introduction of safe havens would open a new chapter in the Syrian conflict. On the one hand, safe havens would provide a base for humanitarian and refugee assistance, as well as for opposition activities. But there is a catch. Safe havens can also prolong rather than end the violence, creating a de facto partition and potentially increasing the prospects of the division or collapse of the state. A safe haven can also be a catalyst for mission creep, an enticement for further military intervention by the US and others, and facilitate an increase in the presence of foreign fighters, including terrorists.

If the US seeks to prevent Syria's collapse, reduce the prospects for further bloodshed and facilitate as stable a transition as possible, then Washington needs to open an urgent new diplomatic front with Russia and Iran, the two countries which retain the most leverage with Assad.

Only Russian Federation President Vladimir Putin has the clout with Assad to initiate a conversation about a transition. The US is frustrated that Russia has thwarted initiatives at the UN Security Council to impose sanctions on Syria. The sanctions effort at the Security Council, it should be said, has mostly been a waste of American diplomatic energy and capital because of Russia's position and because of the likely ineffectiveness of these sanctions on Assad, who is preoccupied with crushing the insurgency.

Iran has offered to be part of international discussions on Syria, but this has so far been nixed by the United States. Washington may, like its Gulf allies, see Iran as on defense because of the pressure of international sanctions and the conflict in Syria, and therefore want to keep Iran on the defense. While Iran may be down, it is far from out, especially in Syria and given the stalled nuclear negotiations. Better to have Iran engaged in Syria through diplomacy than via subterfuge and proxies, such as Hezbollah.

The US has no easy options or answers in Syria. It begins with do no harm. As Syria's civil war is inseparable from the broader regional conflict, the US must have its own strategy that assures that Syria does not deteriorate and go the way of 2003 Iraq, and in the process take Iraq of 2012 and others along with it.

Andrew Parasiliti is executive director of the International Institute for Strategic Studies-US, Corresponding Director of IISS-Middle East and a member of the Board of Directors for Al-Monitor.