The bombing that killed senior regime officials in Syria is just another sign that Bashar al-Assad’s regime is on its way out sooner or later, writes Henri J. Barkey. Syria’s disintegration will quickly be felt in Iraq, already on the brink of sectarian violence, and ties between Iraqi and Syrian Kurds will increase pressure on both Turkey and Iran. 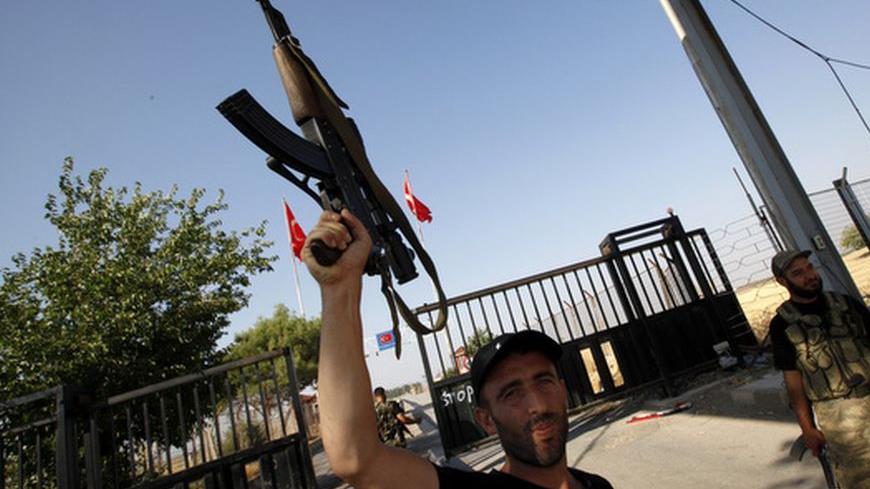 The bombing that claimed the lives of senior regime officials in Syria is just another sign that Bashar al-Assad’s regime in Syria will sooner or later be replaced. But the real question is what the region will look like in the months and years after its downfall.

The most likely scenarios for the post-Assad region depend on the duration and intensity of the current civil war. Clearly, the longer and the bloodier it is, the greater the bloodletting will be in its aftermath as the winners exact retribution for their suffering.

Assad and his minority Alawite sect, some 12% of the population, think they have few choices; the most likely is to fight to the bitter end and hope the prospect of a total no-holds-barred civil war is sufficiently terrifying that the majority-Sunni opposition will either give up or sue for peace with some kind of a “kinder and gentler” Assad-led regime.

Another option Assad and company are likely to consider is to carve out an Alawite area, buttressed by Syria’s Christian minority that has been terribly fearful of the rise of the Islamist elements in the armed opposition. Ensconced on the Mediterranean coast and centered on Latakia, which has an airport, the Alawite-cum-Christian area will seek to defend itself with help from outside supporters, Lebanon’s Hezbollah organization, Iran and maybe even Russia.

Irrespective of whether they succeed in their mission to create an Alawite state or whether the regime collapses in an orgy of blood and vengeance, the implications for the rest of the region will be dramatic. After such violence, it will be very difficult for a new government to establish its authority and control over the whole — or even parts — of Syrian territory. Centrifugal forces are already at work; the Syrian government no longer controls its own borders as people, arms, insurgents and Al-Qaeda operatives, not to mention supporters of the Assad regime, be they Iranians or Iraqis, cross them at will.

The country most affected by these forces is Iraq, which was already tottering on the brink of sectarian, Sunni-Shiite violence and division. The collapse of the Assad regime will be a blow to Iraqi Prime Minister Maliki, who has thrown his support behind Assad because as a Sh’ia leader he is petrified of a Sunni takeover in Syria. By supporting Assad, Maliki has exacerbated the perception that he is primarily motivated by sectarian impulses; after all, it is Assad who facilitated the movement of many suicide bombers during the Iraqi civil war, wreaking untold suffering. Maliki has also antagonized both the Sunni minority in Iraq and the non-Arab Kurdish minority, who have their own federal state within Iraq.

Syria’s disintegration will quickly be felt in Iraq. The current boundaries of the Levant, the product of a 1916 Anglo-French agreement, will be challenged for the first time since Israel’s creation in 1948. It is quite possible that some of the Sunni parts of Iraq may want to align themselves with the ascendant Sunnis in Syria. Similarly, Syrian Kurds who live in northern Syria will gravitate toward the Iraqi Kurdish state in northern Iraq. Sunnis and Kurds may find themselves stronger in Iraq than before the Syrian uprising.

In turn, the ties between Iraqi and Syrian Kurds will significantly increase the pressure on both Turkey and Iran, the two other countries that have substantial and restless Kurdish minorities. Iran, already isolated under mounting sanctions, will emerge as the biggest loser. Not only is the Assad regime its longest enduring alliance, but it has also been the lynchpin to its strategy in the region. Without Assad and with its Sunni replacement very hostile to its interests, Tehran will find its link to Hezbollah, the Shiite movement in Lebanon, severed. Lebanon, therefore, where Hezbollah has hijacked the state, will also experience a realignment of its own. Without Hezbollah, Tehran loses its most important and capable instrument for threatening regional as well as distant states.

On paper, the main beneficiary of the change in Syria will be Turkey. With America’s diminished posture and a weakened Iran, Turkey emerges as an economic behemoth ready to engage with its businesspeople and know-how. It is also the country that both the US and the Europeans expect will help establish a semblance of order in Syria.

A strengthened Kurdish movement will put pressure on Turkey to resolve its own domestic Kurdish problem; this would be a long overdue and welcome development. Still, it is not completely clear that Turkish leaders, who have big ideas but often act emotionally, have the wherewithal and maturity to rise to these twin challenges of Kurdish resurgence and managing the chaos that will ensue after Assad’s departure.

For 40 years the Assad regime blackmailed regional actors; it will continue to cast a long shadow even after it is dead and gone.