Is There a Syrian Medvedev?

To find a solution in Syria, the US should consider a renewed parallel diplomatic track with Moscow, Tehran and Ankara, Andrew Parasiliti writes. The objective: Encourage the emergence of a "Syrian Medvedev," a transitional figure acceptable to the regime, the Syrian people and the relevant outside powers, allowing Assad a face-saving way out. 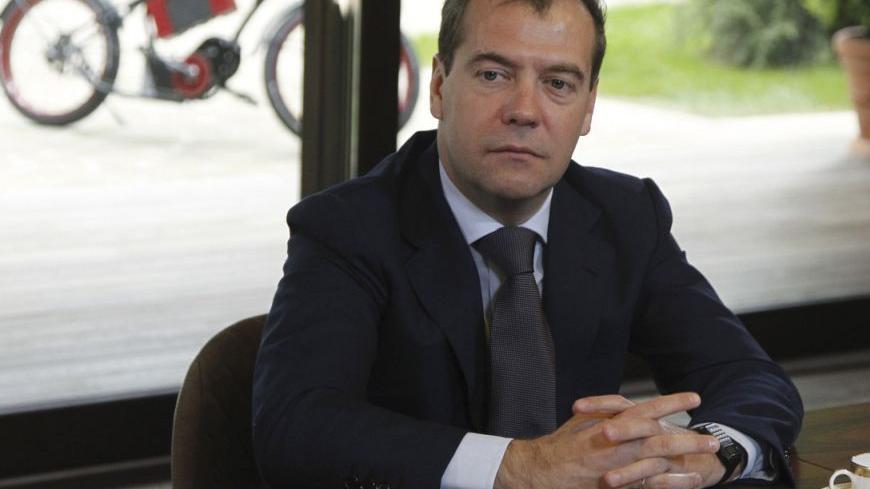 Is there someone in Syria like Russian Prime Minister Dmitry Medvedev (seen here attending a meeting with members of the United Russia party outside Moscow Aug. 10, 2012)? - REUTERS

There is the smell of a kill in Syria, where expectations are high in some quarters that both President Bashar Al-Assad's regime and the Iran-Syrian-Hezbollah axis may soon break.

That outcome may be far from assured. Much hinges on the battle of Aleppo, which Assad’s forces could win. If this happens, the regime would have its second wind, even as it loses territory elsewhere in the country.The opposition would be set back.  Assad will keep up the fight even if weakened and diminished, especially as long as he has the support of Tehran and Moscow. The bloodshed could go on for months, or longer.

The best option for the US could be a revived diplomatic track, this time involving Iran, which might have the best chance of ending the violence.

Iran is not giving up the fight and has shown its own diplomatic heft. Tehran hosted a ministerial-level conference on Syria last week attended by representatives from more than two dozen countries, including Russia, China, Iraq and Jordan, as well as the United Nations. The final statement called for negotiated solution to the crisis in Syria.

If US-Iran relations were not what they are, the summit might have offered an opening for a new run at diplomacy.  Instead, White House press secretary Jay Carney  said, "There is no evidence that Iran has been playing a constructive role in Syria — in fact, quite to the contrary … Iran has been engaged in an effort to prop up Assad as he brutally murders his own people."

The meeting in Ankara was a reminder that Turkey has limited diplomatic leverage in Syria. The US might instead be well served by Turkey again acting as diplomatic bridge between East and West, rather than as a sectarian partisan at odd with its neighbors in a quirky and likely transient alignment with some of the Gulf states.  Someone needs to talk to Iran; it might as well be Turkey, which in the past has proven an effective interlocutor.

Just a few years ago, Turkey’s "zero problems" policy toward its neighbors kept the peace with Syria, Iraq and Iran. Now Turkey has trouble with all three countries.

Turkey’s foreign policy problems have domestic implications.  A poll in June by the Ankara Social Research Center revealed that more than two-thirds of those polled opposed any intervention in Syria. A related poll indicated that a majority of supporters within Prime Minister Recep Tayip Erdogan’s AK Party believed Turkey should not take sides in Syria. Ankara’s predicament is compounded by the influx of Syrian refugees and political tensions around the Kurdish question in Turkey (there are about 13 million Kurds out of a population of 75 million).

The other party to be more usefully engaged is Russia, which remains the final broker of whatever deal is to be done in Syria. Only Russian President Vladimir Putin can begin the conversation with Assad that ends with "a car is waiting for you outside."

Putin is not willing to concede Russia’s influence in Syria and can easily stomach the violence. Russia is more relevant than ever in Syria. Moscow will not allow Turkey, a frontline NATO country with which it has history, to gain an edge in Syria. This is not simply about the Russian base in Tartous or arms sales. The strong ties between the Russian Orthodox Church and the Patriarchate of Antioch reflect deep cultural ties that influence the perception of Syria among many Russians.

The US diplomatic surge should include new approaches to Moscow, Tehran and Ankara.  The objective would be to encourage them to engage Assad to facilitate the emergence of a "Syrian Medvedev," a transitional figure acceptable to the regime, the Syrian people, and the relevant outside powers, who would allow Assad a face saving way out.

While offering Assad a back door may be a tough sell given the regime’s brutality over the past year, it is worth recalling that there are no good or easy options in Syria, which could still go from bad to worse. The UN Independent International Commission of Inquiry on Syria released a report this week which deplored the "brutal tactics" employed by both the Syrian government and opposition forces.  We should also recall the expectations of kites and candy when US forces deposed Saddam Hussein in 2003, and the outcome of Israel's 2006 war on Hezbollah, which is the most powerful political party in Lebanon.

The US priority should be to try to end the war through a negotiated transition. In the do-no-harm category, Washington should be avoiding actions which contribute to both the spread of the regional conflict and the collapse or division of Syria.

Andrew Parasiliti is executive director of the International Institute for Strategic Studies-US and a member of the Board of Directors of Al-Monitor.