For Washington, the concessions Prime Minister-designate Benjamin Netanyahu is now offering his far-right partners could quickly reignite tensions in the West Bank. 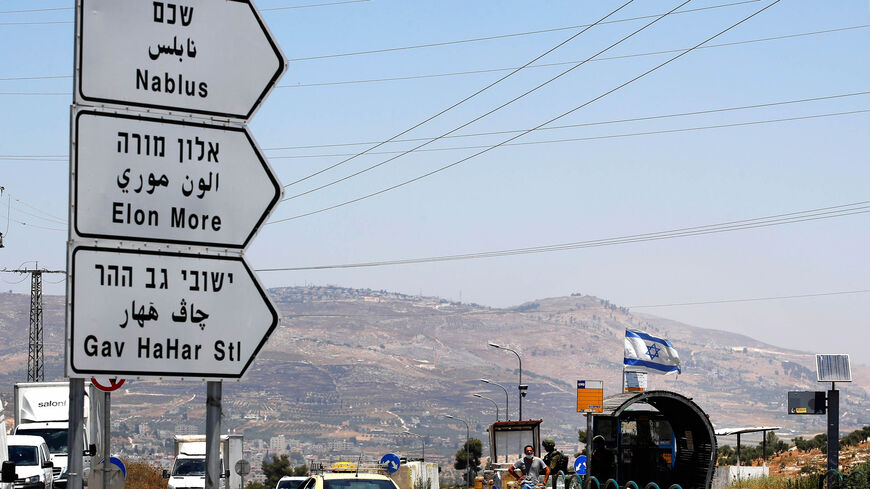 Tensions with the Biden administration are growing as Prime Minister-designate Benjamin Netanyahu prepares to install the most radical, ultraconservative government in Israeli history. US officials have conveyed indirect messages to Netanyahu in recent days, warning against handing control over the administration of Palestinian lives in the West Bank to Religious Zionism party leader Bezalel Smotrich. They said that such a move would be tantamount to de facto annexation of the territory, with significant implications for the Jerusalem-Washington relationship.

Secretary of State Antony Blinken’s scheduled Dec. 4 address at the annual conference of the liberal pro-Israel J Street lobby in Washington is expected to convey similar points. In a related development, the State Department has announced the appointment of top diplomat Hady Amr to the newly created post of US special representative for Palestinian affairs. Amr told reporters this week that the Washington-based role “bolsters our ability to manage challenges in the Israeli-Palestinian relationship.”

While Netanyahu would rather his Republican ally Donald Trump be on the other side of the hotline to Washington, he has eight years of experience under his belt with the Democratic administration of former President Barack Obama. Accordingly, he has been conveying reassuring messages to Washington regarding the direction of his incoming government.

“The main policy or the overriding policy of the government is determined by the Likud and frankly, by me,” he said on the Bari Weiss “Common Sense” podcast this week in response to questions about declarations by his ultranationalist and ultra-Orthodox coalition partners. “This Israel is not going to be governed by Talmudic law. We're not going to ban LGBT forums. As you know, my view on that is sharply different, to put it mildly. We will remain a country of laws,” he said, adding that the defense minister would be a member of his own Likud party and ensure that defense policy does not promote escalation. “I'm trying to avoid that,” he added.

Asked about his appointment of ultranationalist Knesset member Itamar Ben-Gvir to a newly constituted position as minister of national security, Netanyahu referred to a ruling authorizing Ben-Gvir’s eligibility to run for office handed down by the Supreme Court — an institution whose powers Netanyahu plans to erode.

Netanyahu raised an interesting point when asked by Weiss about Israel’s relationship with China. “I think that there is a limit to how much we can open ourselves up to being dependent on non-likeminded states,” he said, suggesting that his sixth government would be far more attentive to Washington’s global anti-China campaign than his previous ones.

“This is probably designed to sweeten relations with Biden,” a senior diplomatic source in Jerusalem told Al-Monitor on condition of anonymity. “He knows how important the China issue is for the administration and is willing to cooperate with this policy more energetically than he was in the past. If he thinks this will make it easier for him to change the situation in Judea and Samaria and carry out its de facto annexation, he is probably wrong.”

Netanyahu’s appeasement attempts vis-a-vis the US administration and the international community have come up against his coalition agreements with his ultranationalist partners in recent days. While insisting that the Likud will maintain control of the Defense Ministry, the agreement with Smotrich stipulates the appointment of a government minister inside the Defense Ministry on behalf of his Religious Zionism party with authority over the civil administration that administers the lives of Palestinians under Israeli control.

In other words, the military general in charge of this unit for decades will report to a minister from the Religious Zionism party, which advocates Israeli annexation of Palestinian territory. “This could signal the crossing of a red line for the Americans,” the Israeli diplomatic source said. “They are aware of its implications and will measure Netanyahu by his acts, not by his media declarations. This will not be a walk in the Rose Garden.”

The Americans are also less than pleased with the appointment of Ben-Gvir, a disciple of the late US-American racist Rabbi Meir Kahane.

Under the agreement with Ben-Gvir’s Jewish Power party, the Likud party will amend the legal framework that determines the relationship between the minister responsible for the police and the police commissioner. Instead of the commissioner being operationally independent, with the political leadership only deciding on the general guidelines for the police work, the new minister would have broad responsibilities. He could set priorities for missions and would also have his word on human resources and appointments. This will place Israel’s police officers under the authority of the most radical politician to ever step into the Knesset.

Ben-Gvir is also being handed direct responsibility for the Border Police forces operating in the West Bank. “If that does not pour gasoline on these sizzling embers, what will?” a political senior source in the outgoing government told Al-Monitor on condition of anonymity.

Netanyahu is thus facing a massive international challenge, possibly even too large for this very skilled politician. Israel will soon be challenged by the UN Security Council decision authorizing the International Court of Justice to investigate the implications of Israel’s continued occupation of the West Bank. Netanyahu realizes he cannot expect significant American support on this front.

Israel’s Arab allies in the region are also looking on with grave concern. Netanyahu attended the lavish Dec. 1 reception at the Emirati Embassy in Tel Aviv marking the United Arab Emirates’ 51st Independence Day, but he is likely to have a tough time allaying the principality’s concern. In recent talks with Israeli officials, Emirati diplomats have pointed to two potential deal breakers in the thriving relationship with Israel — any change of the status quo that currently bars Jewish prayer at the Temple Mount (a ban that Ben-Gvir has vowed to reject) and steps that could be interpreted as West Bank annexation. If they take Smotrich and Ben-Gvir at face value, the Emiratis will realize that little good news awaits them from the 6th Netanyahu government soon to take office.