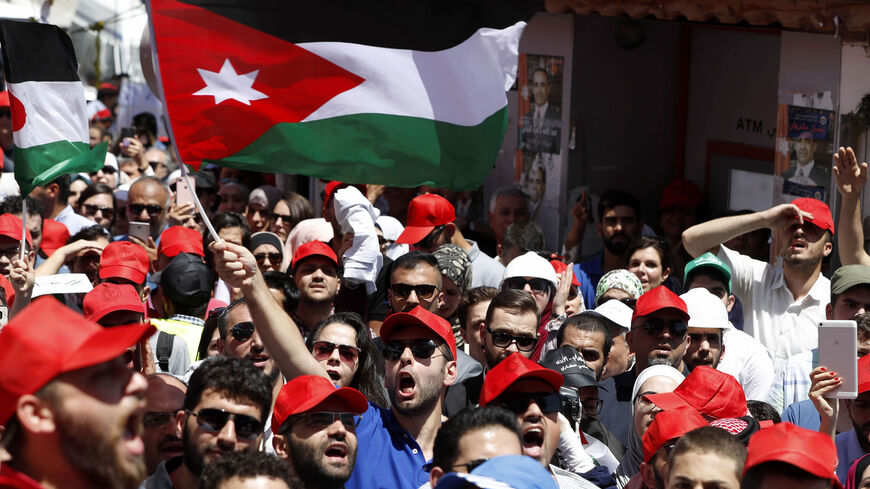 AMMAN, Jordan — A Jordanian officer was killed in the city of Maan on Thursday, after getting shot in the head during clashes with demonstrators during protests over high fuel prices.

In a statement, the Public Security Directorate identified the officer killed as Col. Abdul Razzaq al-Dalabeh.

The directorate said it will crack down on anyone breaking the law. "We will be dealing with the provisions of the law, using appropriate force with anyone who engages in riots and vandalism, wherever they may be, and will not allow criminals and vandals to take advantage of the circumstances to risk lives or intimidate citizens," the statement read.

The killing of the officer comes after governmental measures failed to stop a strike staged by lorry and public transport drivers in different regions of the country calling for a reduction in fuel prices and the removal of government taxes. Large areas of the kingdom witnessed riots, tire burnings and the blocking of roads in the last two weeks.

The strike, which paralyzed the southern cities of Maan, Karak and Tafila, entered its 13th day Friday, as shops closed their doors in solidarity, amid widespread sit-ins and road closures.

The strike started in Maan, about 135 miles south of Amman, on Dec. 5, as truck drivers stopped working and blocked freight traffic from the port of Aqaba to demand a reduction in fuel prices. Public transportation was also halted in the south.

In an attempt to contain the protests, the Jordanian government agreed with members of parliament on a set of decisions this week, including raising freight fares, disbursing financial support to the transport sector and abstaining from raising the price of kerosene during the winter season. Meanwhile, the Association of Banks decided to postpone debt installments for citizens for the current month free of charge.

However, these measures failed to contain protests, as demonstrators insisted on “reduction of fuel prices.”

“We are continuing the strike. These are not our demands. Truck drivers have lost their operational capacity following the price hike. Our only demand is for the fuel prices to be reduced. We can no longer secure our basic needs. Where are all these fuel taxes going?," Ali al-Khattab, a driver from the city of Maan, told Al-Monitor.

“The strike will continue until the demands are met, namely a reduction in fuel prices. The government is trying to circumvent the demands of strikers. There was a 100% commitment to the strike and the closure of shops on Wednesday [Dec. 14]," he told Al-Monitor.

Since the beginning of this year, the government has raised the price of diesel eightfold and the price of gasoline fivefold, as it also raised the price of kerosene, used by the poor in winter for heating, thus bringing the price of a liter to $1.20. This exacerbated the problem for Jordanians whose incomes eroded after inflation hit the economy due to the coronavirus pandemic and the repercussions of Russia's war on Ukraine.

Jordanian Prime Minister Bisher al-Khasawneh said that the State Treasury does not have the luxury of subsidizing fuel, as it will result in an additional budget deficit.

“We are going through difficult economic conditions, exacerbated by the coronavirus pandemic and the Russian-Ukrainian crisis," he said.

The strike has led the industry and export sectors to incur major losses. According to statements by the Amman and Jordan Chambers of Industry, 40 factories were closed as a result of the strike.

Member of parliament Ahmed al-Qatawneh, from Karak governorate, warned of an escalation in strikes and protests. “We cannot guarantee that such protests will be controlled in the coming days. The government must assume its responsibility and resign, as it does not have a plan to solve the fuel problem. What is required is a reduction in fuel prices," he told Al-Monitor,

Qatawneh said, “Things are getting worse. Protests in Karak spun out of control for the first time. It was the first time civil disobedience succeeds; 99% of shops were closed."

The parliamentarian placed the blame squarely on the government for the economic issues plaguing the country, saying it lacked any program or plans to address these issues.

The Jordanian government arrested Thursday political and partisan activists who called for solidarity rallies in Amman. These included the head of the Federation of Independent Trade Unions, Suleiman al-Jamani, and the secretary-general of the Partnership and Rescue Party, Salem al-Falahat.

Opposition parties denounced the arrests the same day, saying in a press release, "Such arrests will deepen the crisis. The government is betting on the capability of the security measures to thwart protesters and strikers, and on people’s inability to maintain the protest momentum."

Amer al-Sabaylah, a writer and political analyst, said these protests have a snowball effect.

“People are unable to secure their basic needs, and there doesn’t seem to be a light at the end of the tunnel. Today this crisis is about fuel. Tomorrow we will witness crises related to taxes, education and health. There is a real imbalance in the provision of services to people, and this sets the stage for future protests,” he told Al-Monitor.