Iran sent more drones to Russia for use in Ukraine, US suggests 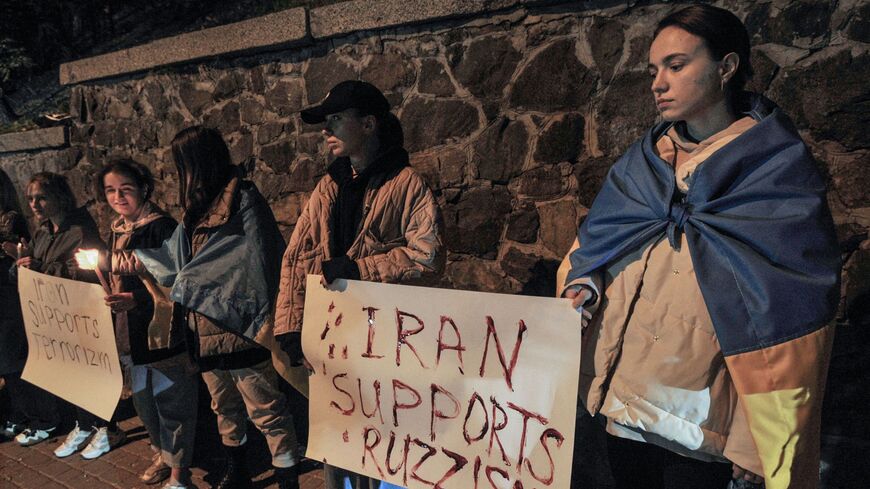 People demonstrate outside the Iranian Embassy in Ukraine on Oct. 17, 2022, in Kyiv, after the city was hit by swarms of kamikaze drones sold by Iran to Russia, leaving at least three dead. - SERGEI CHUZAVKOV/AFP via Getty Images

Iran supplied Russia with more drones for use in its war in Ukraine, the White House said Wednesday.

The Biden administration confirmed in October that Iran sent an initial shipment of dozens of drones, among them reportedly Shahed-136s and 131s, for the Kremlin to use in the war.

Assisted by Iranian advisers, Russia's military has since unleashed the weapons on civilian targets across Ukraine, including power plants and residential neighborhoods, US and Ukrainian officials said.

Pressed by Al-Monitor to clarify whether Iran had sent new deliveries since the initial provision, the White House official declined to offer more details.

"You can see those drones continuing to hit civilian targets and kill innocent Ukrainians nearly every day," Kirby said.

On Wednesday, Ukraine's air force said Russia launched a new barrage of at least 14 drones overnight following a three-week pause in such attacks.

The drones were fired from Ukraine's southeast, the country's air force command said in a statement. Air defenses destroyed 11 Iranian-made Shahed drones, while another three projectiles were destroyed by Ukrainian ground forces. A Russian-made Orlan-10 was among those destroyed, as were two others of yet unidentified origin.

"Clearly by reaching out to Iran, they are trying to supplement the shortages that they have specifically with UAVs. We know that their defense industrial base is being taxed," Kirby said of the Kremlin.

However, so far the United States has seen no indication that Iran has sent ballistic missiles to Russia for use in the war, Kirby added. “We know there’s been some interest in that, but we cannot say at this point that we’ve seen the transfer of Iranian ballistic missiles,” he said.

The United States also does not have definitive evidence that Russia’s request for artillery shells from North Korea has been fulfilled, he said.

Kirby said last month that North Korea began shipping artillery munitions to Russia while “trying to make it appear as though they’re being sent to countries in the Middle East or North Africa.”

Kirby would not specify the third-party countries but said US officials had “an idea” of who they were.