The seven-year war in Yemen has not wiped out the people's passion for soccer, and the Yemenis' reaction to the World Cup in Qatar is proof. 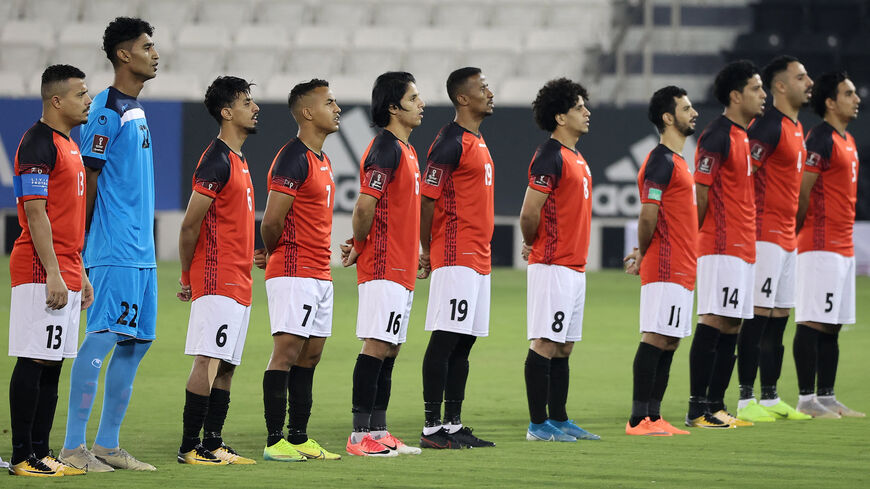 SANAA, Yemen — Yemenis' excitement about the Qatar World Cup 2022 has overshadowed their anxiety over war since last week.

In coffee shops, public squares and homes, Yemenis are glued to TV screens, cellphones or laptops. They seem to have put aside war worries as they follow the soccer matches.

On Nov. 20, the World Cup kicked off in Doha, the first such event in an Arab country, captivating the focus of soccer fans worldwide, including Yemen.

Though a brutal seven-year conflict has ruined the country and has thrown its population into a catastrophic humanitarian tragedy, it has not wiped out the people's passion for soccer.

"The war has starved and tortured the Yemeni people and has planted misery across the country. When the World Cup 2022 began, it allowed us to feel joy and focus less on war news," Saleh Ahmed, a 50-year-old resident of Sanaa, told Al-Monitor.

It has been eight years since Yemen plummeted into political and military chaos. In 2015, the Houthi group, backed by Iran, ousted the UN-recognized government, ushering in a war chapter that remains open to date. However, violence has failed to decimate the public and government interest in soccer.

When the World Cup launch approached, government sports offices and privately run coffee shops began preparing for the event. The youth and sports offices in multiple provinces, including Taiz, Aden and Marib, installed outdoor screens to enable residents to watch all World Cup matches for free.

Ahmed, a retired soldier, describes the World Cup as an escape from war and violence-related news. He told Al-Monitor, "I hear and read the news of the World Cup tournament everywhere — on the street, at home and on social media. This has led us to be less exposed to war news and reports."

Debates about the soccer teams in this tournament have dominated the daily conversations of many families in Yemen. The family of Sanaa-based university student Fatima Alamry is one example. "For us, this event is similar to a painkiller. It has temporarily detached us from thinking all the time about war," she told Al-Monitor.

She said, "My family members have not agreed on supporting a particular team since the start of the World Cup this month. Every member roots for their favorite team. My favorite team could win or lose. It has been fun."

Alamry remembers how divided her family members were during the Argentina-Saudi Arabia match Nov. 22. "My sisters and I supported Argentina. My father and two brothers rooted for Saudi Arabia. Once the match ended with a Saudi win, I was shocked and lost the power to defend Argentina," she noted.

Soccer is a popular sport in Yemen. In December 2021, the Yemen national junior soccer team defeated its Saudi opponent in Saudi Arabia in the West Asian Cup tournament. Reacting to the match result, Yemenis in several provinces celebrated the win with live ammunition and fireworks. Five civilians were killed and 124 injured due to stray bullets.

Yemeni politicians are also following the World Cup matches. The Houthi group in Sanaa and the UN-recognized government in Aden congratulated Saudi Arabia for beating Argentina 2-1.

Houthi Information Minister Dhaifallah al-Shami said in a tweet that the Saudi win had put Arab soccer back on the map. This comment provoked several Houthi voices that deem Saudi Arabia a deadly foe. Subseqently, Shami removed the tweet.

Saudi Arabia has been leading a military intervention against the Houthis in Yemen since 2015, and its military operations have heightened the humanitarian suffering. Its airstrikes hit hospitals, schools, roads and other civilian facilities.

Basheer Ahmed, an 18-year-old resident in Sanaa, said the crowds of soccer fans in Sanaa and other Yemeni cities are a happy scene, as it conveys a message that Yemenis want to live in peace and enjoy entertainment events.

"I receive no reward for spending time watching the World Cup matches. But I am satisfied that the joy I get is a remarkable reward," Ahmed told Al-Monitor. "As the World Cup continues in Qatar, I — like many Yemenis — keep joyfully watching the event. We have shifted our thinking from war troubles to tournament matches. This is how the sports event has an impact on us."