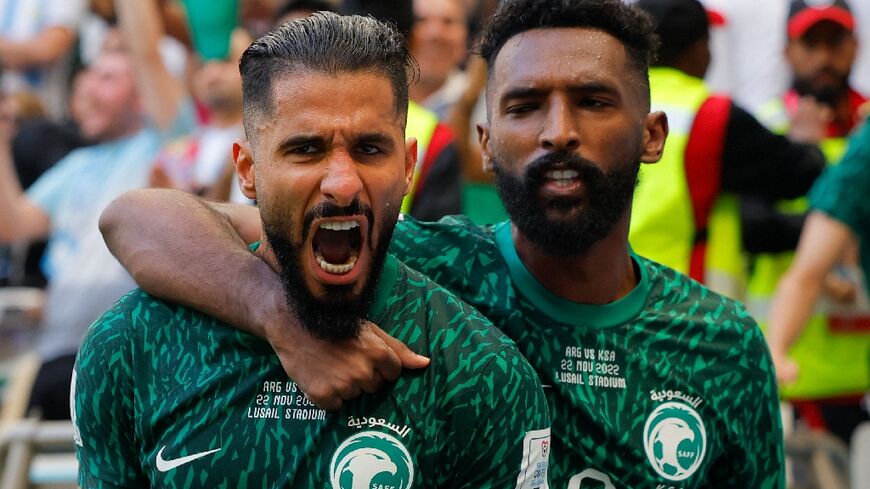 Saudi Arabia's unexpected World Cup victory over giants Argentina triggered a rare moment of joint celebration across the fractured Arab world including among Qataris -- less than two years after a seething regional dispute.

A caravan of Qatari cars, horns honking, paraded through the streets of Doha after the Saudis' famous 2-1 win over the South American champions, one of the biggest upsets in World Cup history.

Such scenes would have been unthinkable during the nearly four-year, Saudi-led blockade that cut Qatar's diplomatic, trade and transport ties with its closest neighbours over disputed claims of supporting extremists and being too close to Iran.

Complicated regional relations were forgotten as Tunisians, Moroccans, Egyptians, Lebanese and Jordanians joined the throng of Saudi fans that partied in the Qatari capital.

"This is a historic victory for Saudi Arabia and a great victory for all Arabs," 24-year-old Jordanian Ahmed Al-Qasim, his country's flag draped around his shoulders, told AFP at a Doha fan zone. 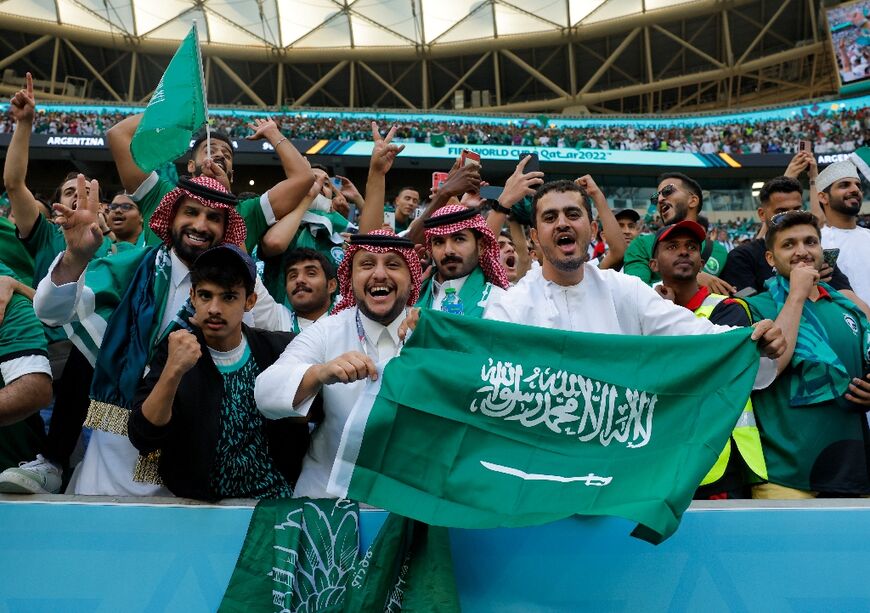 "I may not support the Saudi government's policies but I am pleased with this great football victory," he added, in a hushed voice.

The triumph was Saudi's biggest since its World Cup debut in 1994 and the first for a Middle Eastern country in this year's tournament, which is making its debut on Arab soil.

The outpouring of joy followed a series of bitter human rights disputes that drew angry responses from the Qatari organisers, including accusations of anti-Arab racism.

Some Qatari fans raised the conservative kingdom's flag alongside their own, and even Qatar's emir watched the game draped in a Saudi scarf -- days after the de facto Saudi leader donned Qatari colours.

"There was a political dispute between the two governments, but it has ended and at the end of the day, we are one people," said Anoud, a Qatari who asked to be identified only by her first name.

"We have turned the page and the blockade is behind us," she told AFP outside a Doha shopping mall. 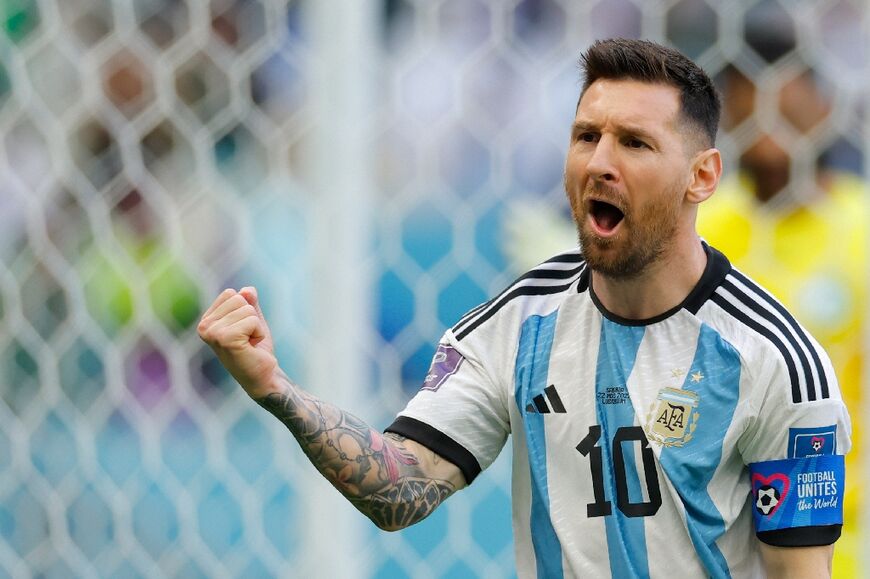 Tributes were paid around the region, with many Arab leaders voicing their congratulations on Twitter.

Two Doha skyscrapers lit up their glass facades with the green colours of the Saudi flag, as did Dubai's Burj Khalifa, the world's tallest building.

Celebrations were seen in Gaza and there were even fireworks in Yemen, whose powerful neighbour Saudi Arabia has led a military coalition since 2015 to prop up the internationally recognised government. 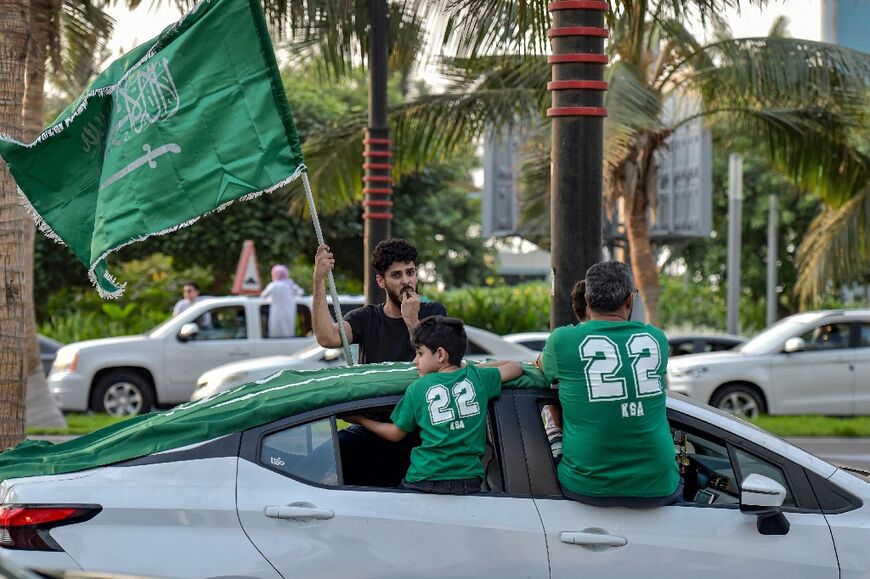 "Political Arabism may no longer be possible, but there are different forms of Arabism among the people," including "an athletic Arabism", she told AFP.

The Arab world does not lack contentious issues that spur region-wide divisions, including wars in Syria, Yemen and Libya.

The differences are compounded by sectarian tensions between Islam's main two camps that have added fuel to the fire.

In June 2017, Saudi Arabia orchestrated the blockade of Qatar with the United Arab Emirates, Bahrain and Egypt also cutting ties with Doha. The dispute was only resolved in January 2021. 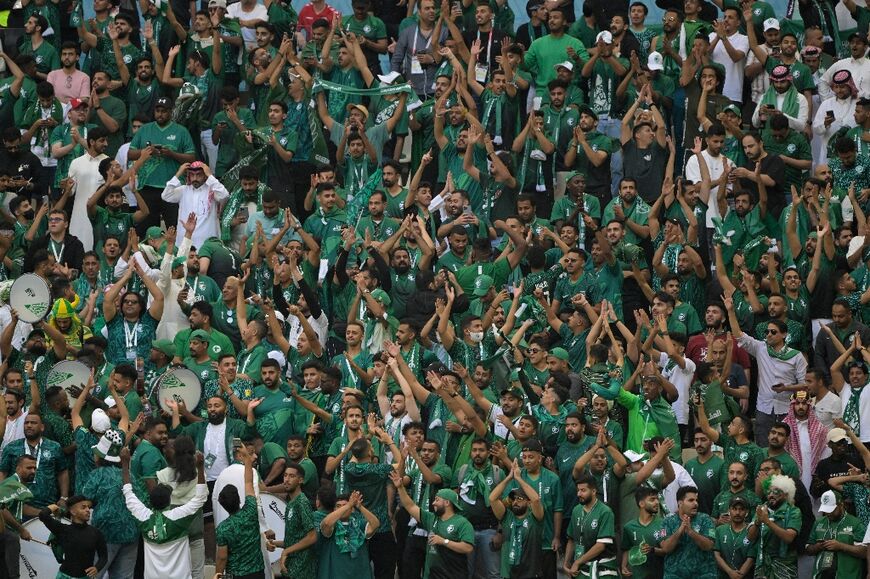 Saudi Arabia's success was followed by creditable performances by Tunisia and Morocco, who fought out 0-0 draws with Denmark and Croatia respectively, both strong European teams.

"We feel that all the Arabs are here behind us," said 23-year-old Saudi fan Khaled Abdullah, who was part of the celebrations in Doha.