Egypt-Turkey talks to normalize their relations were halted in the wake of Ankara’s recent oil deal with Libya's Tripoli-based government. 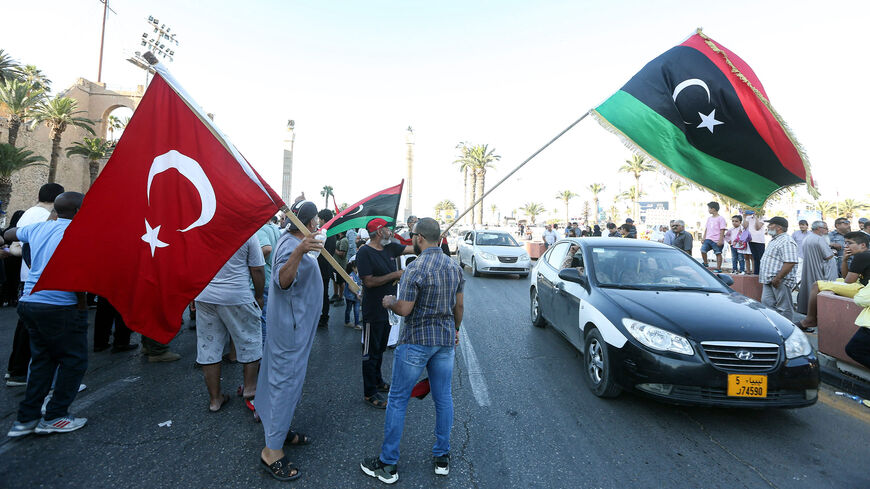 Egyptian Foreign Minister Sameh Shoukry said Oct. 29 that talks with Turkey to heal their yearslong political rift have come to a halt over Turkish policies in neighboring Libya.

“Talks with Turkey were not resumed because there was no change in terms of Turkish practices,” Shoukry told the Saudi Al-Arabiya channel.

“A main issue of concern is that foreign forces have not yet departed Libya and no decisive measures have been taken to achieve this goal,” he continued.

Egypt’s relations with Turkey nosedived in 2013 following the overthrow of Muslim Brotherhood President Mohammed Morsi. Ankara was a main supporter of the Brotherhood, which Cairo blacklisted as a terrorist group.

Last year, Egypt and Turkey held two rounds of exploratory talks in an effort to repair their fractured relations.

A main point of friction between the two regional rivals is the presence of Turkish forces in Libya. Ankara is a major ally of the Tripoli-based government, while Cairo supports the eastern Libya-based parliament.

Tension rose again between the two countries last month after Turkey signed an agreement with the Tripoli-based government allowing for oil and gas exploration in Libya’s Mediterranean waters.

Egypt criticized the oil deal, saying the Tripoli-based government does not have any mandate to sign agreements that could affect Libya’s future.

Jalel Harchaoui, Libya expert with the Royal United Services Institute, a defense and security think tank, said Ankara has made no tangible efforts to make real rapprochement with Cairo.

“Ankara has volunteered no compromise whatsoever. It did talk about getting closer to Egypt and its Libyan proxies, but in actuality, Turkey maintained its toughness and its tools of power in Tripolitania,” Harchaoui told Al-Monitor.

“In fact, Turkey wishes to expand beyond Libya’s northwestern province so as to reap greater rewards faster,” he said.

Observers see the Turkish-Libyan oil deal as an attempt by Ankara to throw a spanner into efforts by Cyprus, Greece, Israel and Egypt to develop east Mediterranean gas. Turkey is a net energy importer and a transit state.

On Nov. 2, Turkish Foreign Minister Mevlut Cavusoglu defended his country’s oil deal with Tripoli, accusing Egypt of using the agreement as a reason to slow down their fragile normalization process.

"We aren’t the responsible party for the slow pace of the reconciliation talks," Cavusoglu said. "We are sincere in trying to normalize relations with them. But as they say, it takes two to tango.”

Former Foreign Minister Mohamed al-Orabi believes that Egypt’s ties with Turkey will see a period of stagnation in the near future.

“Egypt is not rushing for a deal with Turkey. When Cairo sees Turkish policies that fit with Cairo’s views, relations will improve,” he told Al-Monitor via phone.

Orabi, however, rules out that the situation will escalate between Egypt and Turkey over the situation in Libya as happened in 2020.

“The world now is against Turkish military presence in Libya, and I don’t think they are able to bolster their presence there due to world opposition,” he concluded.