Egypt and Turkey met for two-day talks to discuss ways to normalize the long-stranded relations; although Egypt seems in no hurry to mend ties, it welcomes the step as it discusses the various files that are causing the rift. 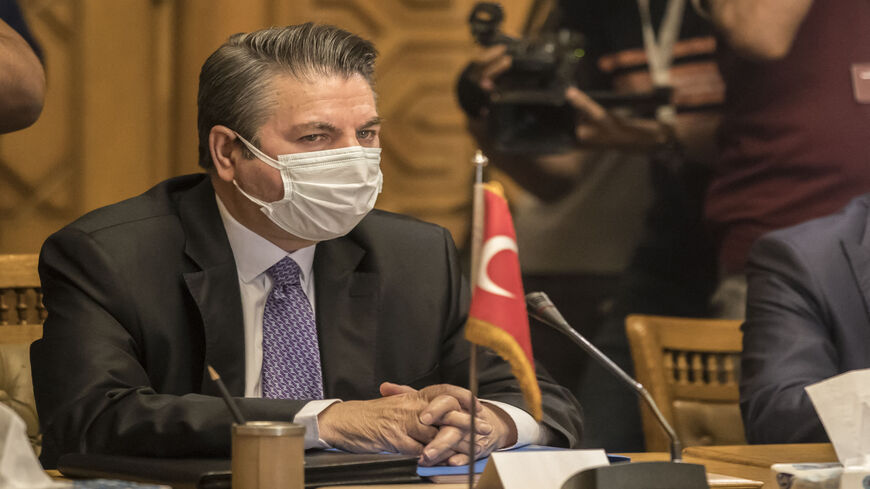 Diplomats from Egypt and Turkey concluded two days of talks in Cairo on May 6 to explore ways of normalizing relations between the two countries after eight years of political tension.

The discussions were the first high-level public talks between the two regional heavyweights since Egypt deposed Turkey’s Muslim Brotherhood ally Mohammed Morsi in 2013, a move that angered Ankara and led to a disruption in Egyptian-Turkish relations.

“The discussions addressed bilateral and regional issues, particularly the situation in Libya, Syria and Iraq, and the need to achieve peace and security in the eastern Mediterranean region,” the statement said.

According to the statement, the two sides will evaluate the outcome of the consultation and agree on the next steps.

The discussions, initiated by Ankara, came amid Turkish efforts to mend fences with Egypt, a shift from Turkey’s previous sharply critical approach of the regime of Egyptian President Abdel Fattah al-Sisi.

Turkey also gave refuge to hundreds of members of the Islamist Muslim Brotherhood, which Egypt blacklisted as a terrorist organization in 2013. Several Brotherhood-affiliated TV channels also aired anti-Egypt rhetoric from the Turkish territory.

The two countries are also at loggerheads over Libya, where Turkey sent military forces and mercenaries to support to the former Government of National Accord (GNA) in Tripoli against the Libyan National Army of Khalifa Hifter, who is backed by Egypt.

Egypt was also angered by Turkey’s signing a maritime agreement with the GNA in 2019, in a move aimed by Ankara to boost its maritime rights and influence in the eastern Mediterranean region. Egypt responded by signing an agreement with Greece to delineate their maritime boundaries, a move rejected by Turkey.

Ahead of the talks, the Egyptian Foreign Ministry described the discussions as “exploratory” to outline the necessary steps toward normalization between Cairo and Ankara.

Former Egyptian Foreign Minister Mohamed al-Orabi opines that the path for normalizing relations between Egypt and Turkey is still long, citing that Ankara is changing its discourse regarding the Libyan crisis and the Muslim Brotherhood from time to time.

According to Egyptian intelligence sources, the Turkish delegation said during the exploratory talks that Ankara could not extradite Muslim Brotherhood leaders wanted by Egypt, citing that those leaders have legalized their residency in Turkey.

Orabi said Turkish officials also claim that their military presence in Egypt’s next-door neighbor Libya is legitimate under a security agreement signed with the GNA in 2019.

On May 6, Turkey said it agrees that all foreign mercenaries in Libya need to leave the country, but insisted that Turkish military presence in Libya was legitimate under the security agreement signed with Tripoli.

During the Cairo talks, the Turkish diplomatic delegation, according to the Egyptian intelligence sources, signaled Turkey’s readiness to hold a tripartite meeting between Turkish, Egyptian and Libyan officials to agree on disputed issues in Libya, including the presence of foreign fighters.

“This Turkish position does not bode well and gives the impression that there is still a long way ahead before restoring diplomatic relations between the two countries to their normal level,” Orabi noted.

One day after the exploratory talks between Cairo and Ankara, Erdogan said May 7 that Turkey strives to restore historical unity with the Egyptian people.

Erdogan said both Turkey and Egypt will expand the process to normalize their relations. “A new process has begun. As known, it was first launched by our intelligence organizations and followed by our foreign ministries. This process will continue to develop and expand,” he continued.

His defense minister, Hulusi Akar, was also optimistic about the future of his country’s relations with Egypt, saying ties between Turkey and Egypt will soon reach high levels.

“We see that our relations with Egypt are developing and this pleases a friend and gives confidence, and at the same time it frightens some,” Akar said during a speech to Turkish special forces in Ankara. “We have ties of brotherhood, friendship and common values with the Egyptian people, and we cannot be separated from each other.”

Turkish Foreign Minister Mevlut Cavusoglu echoed a similarly optimistic tone, saying, “We always say that Egypt will also profit from cooperation over here. When the relations improve to that level, we will discuss them as well for sure.”

Bashir Abdel Fattah, a researcher on Turkish affairs at the independent Al-Ahram Center for Political and Strategic Studies, believes that Egypt is in no hurry to normalize its relations with Turkey.

“Egypt wanted from this round of talks to assess and test the Turkish side,” he told Al-Monitor. He said Cairo will not move forward toward normalizing relations with Ankara until Turkey makes substantial foreign policy changes and complies with the Egyptian demands — the most important of which are Turkey’s withdrawal from Libya and the extradition of wanted Brotherhood members.