With only 10 Knesset members following last week's elections, Israeli Arab parties blame each other for the failure. 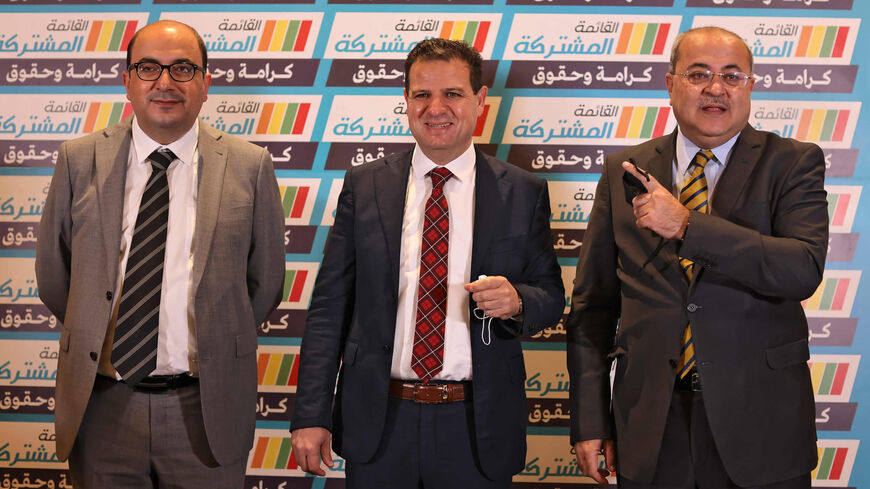 BAQA AL-GHARBIYYE,  Israel — One week after the general elections, Israeli Arab politicians are still trying to recover from the results. Both Ra’am and Hadash-Ta’al succeeded getting into the parliament, but Balad failed to pass the Knesset-entry threshold. The Arab electorate, some 21% of Israel’s population, now have only 10 Knesset members representing them. These future 10 Knesset members now represent some 21% of Israel’s Arab population. In the previous Knesset, non-Jewish lawmakers held 14 seats.

With such disappointing results, no wonder that most senior Israeli Arab politicians have been quiet on social media ever since the elections. Only Balad leader Sami Abu Shehadeh tweeted Nov. 4, “That’s the way it is in the Jewish demographic state. Whoever votes for equal and justice for all citizens becomes the enemy.”

The three Arab parties ran separately at the Nov. 1 election, for the first time since the voter threshold was raised to 3.25%. At the election before that, Balad ran together with Hadash and Ta’al, and before that, the four parties all ran together on the Arab Joint List ticket.

Opinion polls before the elections all predicted low voter turnout in Arab towns and villages. Thus, the Arab parties knew what to expect running separately. Panicked over the possibility of not passing the threshold, Hadash-Ta’al ran through the week prior to the election a save-us-campaign titled “Gevalt” ("Have merci on us," in Yiddish). The campaign seemed to work, and voters started quitting Ra’am in favor of the two other Arab parties. Panicking in his turn, Ra’am head Mansour Abbas countered that campaign with his own “mother of all Gevalts” plea, warning that the party was in danger of being left out of the parliament.

In the end, Israeli Arabs voted in greater numbers than expected. In fact, 55% of them voted, instead of the predicted 45%. Still, that wasn’t enough. Ra’am finished the election with five seats. The 190,000 votes that they won put them within reach of a sixth — but not all the way. Hadash-Ta’al also won five seats, with 180,000 votes. Balad won 140,000 seats, failing to pass the voter threshold; it will have no representatives in the new Knesset.

Mutual recriminations between the Arab parties started appearing shortly after the publication of the election results. In an interview with N12 News, Abbas accused the other three parties of dissolving the last Knesset, which eventually played into the hands of opposition leader Benjamin Netanyahu. “The [Israeli political] right should send flowers to [Hadash leader Ayman] Odeh, [Ta’al leader Ahmad] Tibi and Abu Shehadeh,” he said.

Abu Shehadeh for his part blamed Abbas for currying favor with American Jews. Speaking at an interview with Channel 13 News, Abu Shehadeh said, “American Jewish money was invested in the Arab sector in order to prevent Netanyahu from returning to power. This money went to Ra’am, Tibi and Odeh through all sorts of NGOs, so as to increase voter turnout in the Arab sector.” Then he wondered, “The average American Jew doesn’t know us at all. He doesn’t even know where we live. We don’t interest him. So, why are they getting involved and putting millions of dollars into this? What is their interest in it?”

This internal petty squabbling continued through the weekend. Responding to Abu Shehadeh, General Director of Hadash Mansour Dahamsheh said in an interview with Arabic-language Radio Makan, “Sami Abu Shehadeh’s statement is shameful and embarrassing. Balad made us a target.” He also attacked Abbas, saying, “We did not collaborate with Netanyahu, nor did we give up our principles.”