The United States is seeking the renewal of a nationwide truce that brought a much-needed pause in violence to Yemen before it expired on Sunday. 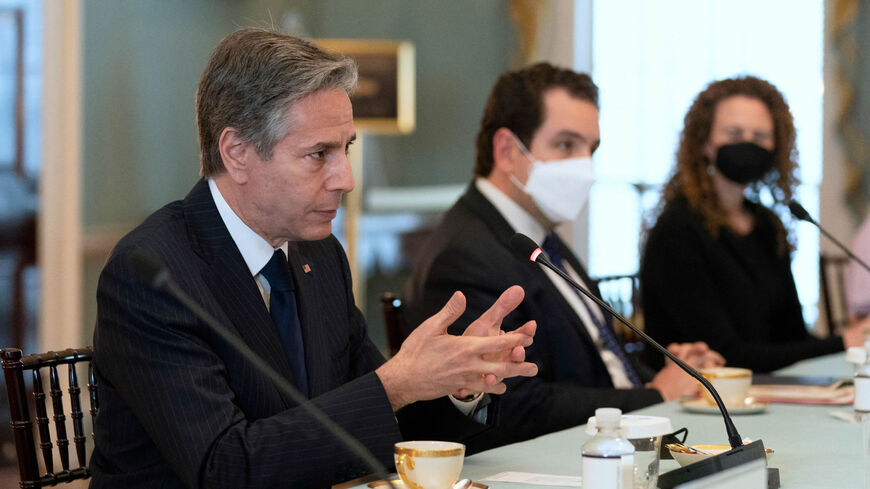 US Secretary of State Antony Blinken speaks during a meeting with Yemeni Foreign Minister Ahmed Awad Bin Mubarak at the State Department, Washington, May 17, 2022. - Manuel Balce Ceneta/POOL/AFP via Getty Images

The Biden administration is urging the Houthis to negotiate in good faith after Yemen's warring parties failed to renew a truce that for the past six months has brought relative calm to the embattled country.

“The United States expresses its deep concern that the UN-mediated truce in Yemen expired on October 2 without the parties reaching an agreement to extend it,” State Department spokesperson Ned Price said in a statement Monday evening.

Price continued that the United States “urges the Houthis to continue negotiations in good faith and work with the UN to come to an agreement to extend the truce and keep Yemen on the path to peace.”

Under the United Nations-brokered truce, which was announced in early April and twice renewed before its expiration on Sunday, Yemen experienced a 60% drop in casualties and increased humanitarian access to a country where more than two-thirds of the population requires outside aid to survive.

The rare pause in fighting also offered hope that the Houthi militant group and the Saudi-backed Yemeni government could find a negotiated way out of a war that since 2014 has killed hundreds of thousands of Yemenis and pushed the impoverished country to the brink of famine.

"The end of the truce is terrible news for the people of Yemen,” said Ferran Puig, Oxfam’s country director in Yemen. “Millions will now be at risk if airstrikes, ground shelling and missile attacks resume.”

Yemen has been embroiled in war since the Iran-aligned Houthi rebels seized the capital, Sanaa, in 2014 and forced the internationally recognized government to flee. A US-backed military coalition led by neighboring Saudi Arabia and the United Arab Emirates intervened in early 2015 in hopes of restoring the exiled Yemeni government.

After eight years of conflict, the UN and aid agencies say the truce had made a tangible difference in the lives of millions of Yemenis. It established limited international flights at the rebel-held international airport in Sanaa, and increased fuel shipments to the Houthi-controlled port of Hodeidah.

But over the past six months, the Houthis have refused to reopen roads into Yemen’s third-largest city of Taiz, where they have imposed siege-like conditions since 2015.

The Houthis, who exercise de facto control over the part of Yemen where 80% of the population lives, rejected UN Special Envoy for Yemen Hans Grundberg’s proposal for an expanded six-month truce. Rebel leader Mehdi Mashat reportedly said the UN deal did “not meet the aspirations of the Yemeni people.”

The rebels continue to demand that the cash-strapped Yemeni government resume paying public sector salaries in their areas. They hardened their stance in the final days of negotiations with the UN “probably because they perceive that it's easier for them to go back to war than it is for the other side,” said Yemen analyst Peter Salisbury.

“It’s not yet clear whether this is a definitive break in the truce, which is designed to allow for a return to war, or this is simply a sort of continuation of negotiating tactics,” he added.

US diplomatic efforts to broker a renewed truce are ongoing, a State Department official said. But the West has limited leverage with the Houthis, and it’s unclear whether the rebels still see a break in the fighting as in their interest.

“War is good for the Houthi movement,” said Gregory D. Johnsen, a nonresident fellow at the Arab Gulf States Institute in Washington. “In the event that the war were to end, or the Saudis or the Emiratis were to fully withdraw from Yemen, the Houthis would lose the rally around the flag effect.”