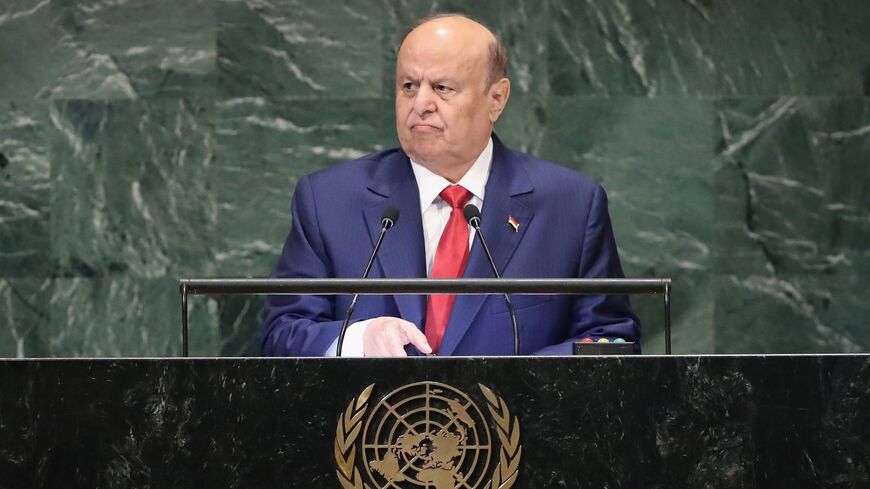 The United States on Thursday said it welcomed the announcement from Yemen’s exiled president that he was ceding his powers to a new leadership council at a pivotal moment in the impoverished country’s grueling civil war.

"We urge the Presidential Leadership Council to abide by the UN-negotiated truce and cooperate with comprehensive UN-led efforts to end the conflict," Secretary of State Antony Blinken said in a statement. "Yemenis must have the opportunity to determine the future of their country."

The eight-member council announced by President Abd-Rabbu Mansour Hadi is tasked with negotiating a permanent cease-fire and political solution with the Houthis, the Iran-backed rebel group in control of the capital Sanaa and most of northern Yemen. The newly formed body will take on the duties of both Hadi and his former deputy, Ali Mohsen al-Ahmar.

Hadi’s announcement came as Gulf Cooperation Council-facilitated talks between Yemeni parties concluded Thursday in the Saudi capital, Riyadh. Saudi Arabia, which leads a military coalition fighting the Houthis in neighboring Yemen, also endorsed the power transfer and is believed to have orchestrated it.

Turning point? The departure of Hadi and his vice president, whose government was dogged by corruption allegations, “removes two obstacles to peace,” said Abdulghani Al-Iryani, a senior researcher at the Sana'a Center for Strategic Studies.

But it remains to be seen whether the new presidential council can succeed in restarting negotiations with the Houthis, whose spokesman Mohammed Abdel Salam dismissed the leadership change as “farcical theatrics.”

“The problem is that it is unclear how these various individuals, many of whom have diametrically opposing views, can work together,” tweeted Gregory Johnsen, a former member of the United Nations Panel of Experts for Yemen.

‘A decisive moment’: Hadi’s announcement comes less than a week after the Houthis and the Saudi-backed Yemeni government agreed to a two-month truce brokered by the United Nations, the terms of which include a halt to air and ground attacks and the partial reopening of the international airport in rebel-held Sanaa. The fragile agreement also permits fuel shipments to enter the Houthi-controlled port of Hodeidah.

The UN-announced truce was met with a sigh of relief in Yemen, where the Saudi-led bombing campaign, Houthi attacks and resulting humanitarian crisis have killed nearly 400,000 people, uprooted millions from their homes and left the Arab world’s poorest country teetering on the brink of famine.

The US Special Envoy for Yemen Tim Lenderking described the nationwide pause in fighting as a “decisive moment” that came after “tough decisions and compromises from the parties.”

“However, it’s just a first step and we must continue moving in the right direction,” Lenderking told Al-Monitor. “We need to build on this momentum to work toward a lasting ceasefire, a UN-led inclusive political process, and freedom of movement of goods and people, including in cities like Taiz.”

What’s next: Past ceasefires in Yemen have failed to hold, but many observers remain cautiously optimistic. Calm has largely prevailed since the truce came into effect on Saturday, the first day of the Muslim fasting month of Ramadan.

On Wednesday, the UN’s special envoy for Yemen Hans Grundberg reported a “significant reduction in violence” across the war-ravaged country. He noted reports of some “hostile military activities” near Marib, the oil-rich Yemeni province that the Houthis have sought to capture.

“They must stop,” Lenderking said of the reported skirmishes. “It is up to the parties right now to uphold the terms of the UN negotiated truce, which they all agreed to publicly.”

He also called on Iran, which issued a statement in support of the truce, to “go further in showing that they in fact want this truce to hold” by cutting off support for the Houthis.