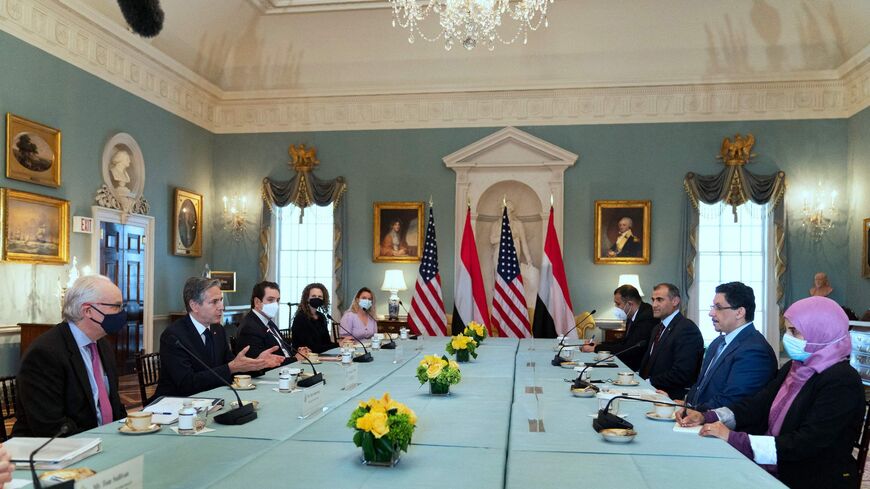 The Biden administration on Thursday welcomed the last-minute extension of a fragile truce in Yemen, in what Secretary of State Antony Blinken said is “another important step toward peace and will bring further relief to millions of Yemenis.”

“The Yemeni parties have an opportunity to listen to the demands of the people and choose peace over continued suffering, destruction and war,” Blinken said of the 60-day extension. “We urge them to seize this pivotal moment to begin a comprehensive peace process.”

In early April, the Houthis and the Saudi-backed Yemeni government agreed to a two-month truce brokered by the United Nations, the terms of which included a halt to air and ground attacks and the partial reopening of the international airport in rebel-held Sanaa.

The Houthi-controlled airport has been closed to commercial traffic since the Saudi-led coalition, which controls Yemen’s airspace, intervened in the country’s civil war in 2015. Commercial flights between the Jordanian capital of Amman and Sanaa resumed in mid-May, and flights to Cairo were added on Wednesday.

Blinken pointed to the efforts of UN Special Envoy Hans Grundberg and the administration’s own envoy, Tim Lenderking. He also thanked the governments of Saudi Arabia, Jordan, Egypt and Oman for facilitating the continued pause in the fighting.

Why it matters: The nationwide agreement has largely held since it went into effect on April 2, the first day of the Muslim fasting month of Ramadan, but both sides have reported violations.

The UN-announced truce was met with a sigh of relief in Yemen, where the Saudi-led bombing campaign, Houthi attacks and resulting humanitarian crisis have killed nearly 400,000 people, uprooted millions from their homes and left the Arab world’s poorest country teetering on the brink of famine.

What’s next: The Biden administration has made ending the civil war in Yemen a foreign policy priority and is working to establish a permanent cease-fire between the Houthis and the Saudi-backed government.

The truce also calls for the reopening of roads to the southwestern city of Taiz, where the Houthis have maintained a siege for seven years. Hundreds of thousands of people living in the Yemeni city are in need of humanitarian assistance.