US special envoy for Yemen Tim Lenderking will visit Riyadh and Amman for talks focused on renewing the truce set to expire on Aug. 2. 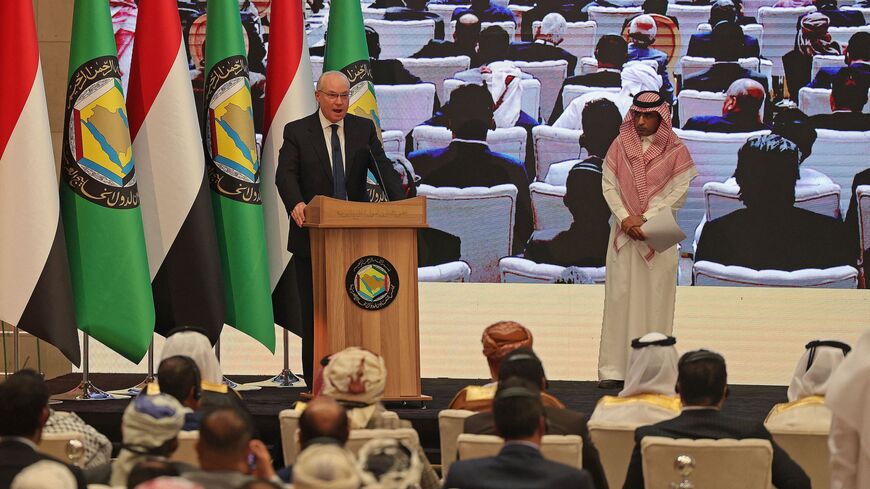 US special envoy for Yemen Tim Lenderking speaks during a conference on Yemen's devastating war hosted by the six-nation Gulf Cooperation Council in the Saudi capital Riyadh on March 30, 2022. - FAYEZ NURELDINE/AFP via Getty Images

The US envoy charged with pushing for lasting peace in Yemen headed back to the region on Monday to build support for a fragile truce that's set to expire early next month.

US special envoy for Yemen Tim Lenderking will visit Riyadh, Saudi Arabia, and Amman, Jordan, for discussions focused on “expanding, extending, and renewing the current truce agreement that will further the tangible benefits already reaching Yemenis and build towards a more comprehensive, inclusive peace process and permanent ceasefire,” the State Department said in a statement.

Why it matters: Lenderking’s diplomacy follows President Joe Biden’s trip to the Saudi city of Jeddah earlier this month, during which he said Saudi Arabia agreed to extend and strengthen the truce.

The truce between the Houthis and the Saudi-backed Yemeni government, which was announced in April and renewed for two months in June, marks the longest period of calm since the start of the conflict in late 2014. The fighting and resulting humanitarian crisis has killed nearly 400,000 people, uprooted millions from their homes and left the Arab world’s poorest country teetering on the brink of famine.

What’s next: The nationwide pause in the fighting will expire Aug. 2 unless the warring parties agree to extend the truce. Reopening the roads around Taiz and elsewhere in Yemen is a key element of the cease-fire agreement, but the Houthis have rejected UN proposals to end the siege they have imposed on Yemen’s third-largest city since 2016.

A suspected Houthi shelling in Taiz on Saturday killed at least one child and wounded 10 others. UN envoy for Yemen Hans Grundberg described the killing of children as "particularly reprehensible."

“The people of Taiz have suffered immensely ... and they, too, need the truce to deliver for them in all its aspects,” he said Sunday.

Know more: Amid the relative calm in Yemen, the United States and United Nations are raising funds to prevent a massive oil spill off Yemen's coast. For more on Biden’s trip to Saudi Arabia and its implications for Yemen, check out Elizabeth Hagedorn and Andrew Parasiliti’s latest podcast.