The company has been ranked as the world’s top corporate plastic polluter for years and is blamed for spending millions of dollars greenwashing its brand and lobbying to derail regulations. 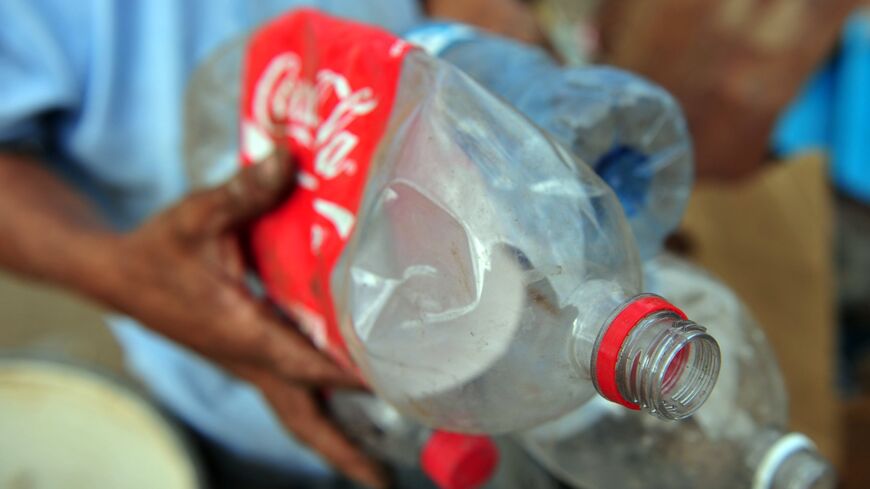 CAIRO — Egypt’s decision to sign an agreement with Coca-Cola, one of the world’s worst polluters, making the US multinational company one of the main sponsors of the UN climate change conference (COP27) to be held in Sharm el-Sheikh in November, has sparked controversy on social media and among environmental activists and organizations. The choice has been widely condemned as paving the way for corporate greenwashing during the summit, and calls have been heaped on Cairo to reverse the move.

Cairo justified the decision by claiming that the private sector has an important role to play in promoting sustainable business models to support global climate goals. Yet the company has been ranked as the world’s top corporate plastic polluter for years and has been blamed for running campaigns to mislead the public on issues such as recycling and for rolling out voluntary initiatives and targets that it systematically fails to meet.

Environmental groups in Egypt have made the fight against plastic pollution one of their main struggles in recent years, as the country is estimated to mismanage over 40% of its waste.

“This climate meeting is called the African COP, yet corporations like Coca-Cola, working hand in hand with big oil, are inundating Africa with plastic,” Angelica Carballo, global media lead for the plastic-free future campaign at Greenpeace, told Al-Monitor. “Ending the corporate addiction to single-use plastic is an important part of moving away from fossil fuels, combating climate change and protecting communities."

Major environmental groups such as Greenpeace noted that Coca-Cola has yet to admit the problem of its plastic pollution, and the Environmental Justice Foundation stated that Coca-Cola’s business model “is predicated on fossil fuels.” For its part, Extinction Rebellion used irony to speculate whether the agreement was due to Coca-Cola announcing its commitment to quit plastics before the next COP28. Environmental groups in Egypt, where criticism is systematically suppressed, have remained largely silent on the decision.

The agreement has also led to the launch of an online campaign to remove Coca-Cola as a sponsor of the COP27. The petition, which had been signed by nearly 70,000 people at the time of writing, states that Coca-Cola spends millions of dollars greenwashing its brand while behind the scenes it has a long history of lobbying to delay and derail regulations.

“It has long been clear that voluntary actions by corporate plastic polluters claiming to take action have not worked and still are not working. Governments must pass strong laws to stop Coca-Cola and companies like it from pouring plastic into our environment, not reward them by allowing them to bolster fake ‘green’ credentials,” Steve Trent, founder and CEO of Environmental Justice Foundation, told Al-Monitor.

Al-Monitor contacted the COP27 presidency and the Coca-Cola Company for comment, but neither had responded by the time of publication.