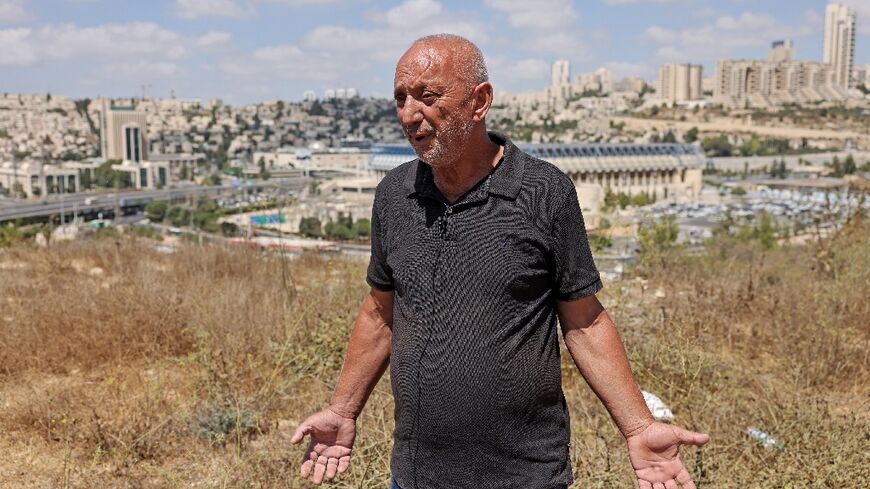 Farid Salman, a Palestinian resident of the Arab neighbourhood of Beit Safafa, worries about Israeli plans to build the new settlement of Givat Shaked nearby - AHMAD GHARABLI
by Claire GOUNON
September 14, 2022 — Jerusalem (AFP)

From his home in Israeli-annexed east Jerusalem, Palestinian Farid Salman enjoys a clear, unobstructed view of the city, but new residential tower blocs for Jewish settlers could box him in.

Standing on a grassy, litter-strewn hill beside his home, the 66-year-old gardener told AFP that he is, "like any Palestinian, afraid of what will happen here when there's a settlement".

More than a dozen construction cranes are already scattered across his sweeping view of west Jerusalem, a busy area where cars race down a highway beside two stadiums and residential areas.

"Tomorrow they will be right here, on our side of the border," Salman said, referring to the Green Line, which much of the international community views as the legitimate demarcation between west Jerusalem and the city's east, which Palestinians claim as the capital of a future independent state. 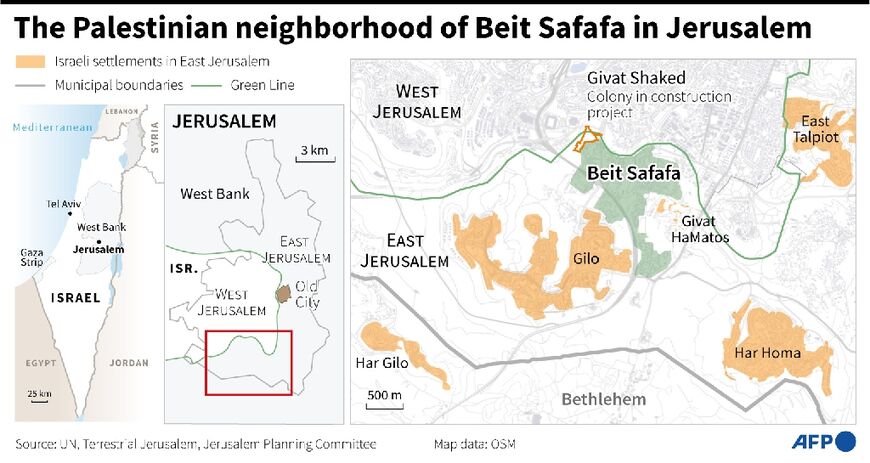 Israel captured east Jerusalem in the Six-Day War of 1967 and later annexed it in a move not recognised by most of the international community. Leaders across Israel's political spectrum now describe Jerusalem as the nation's "undivided capital".

The Givat Shaked plan has been a source of controversy since it was first proposed in the mid-1990s.

There was a UN Security Council move to condemn it in 1995 as a threat to the then-nascent Oslo peace process, as it risked isolating Beit Safafa from the rest of east Jerusalem and the Israeli-occupied West Bank. The United States vetoed it but pushed Israel to cancel the plan. 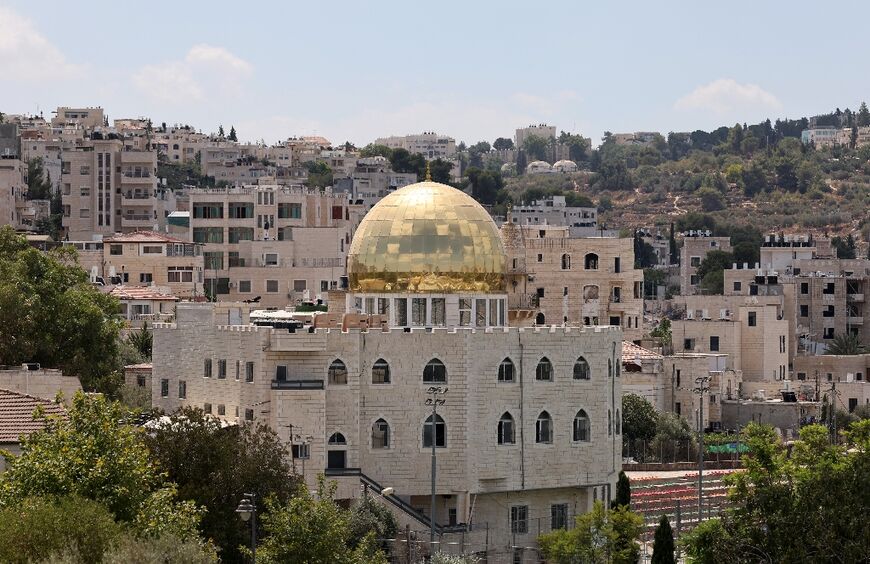 Today the hilly neighbourhood is dotted with white water tanks atop low-rise homes, surrounding a mosque with a golden dome.

It is not clear why Givat Shaked's approval has regained momentum, but with Israel heading towards fresh elections in November -- its fifth vote in less than four years -- some politicians are openly courting right-wing voters who back settlement expansion and Israeli control over east Jerusalem.

One of those politicians is Interior Minister Ayelet Shaked, a right-wing nationalist who has struggled for support since party leader and former prime minister Naftali Bennett announced he was stepping away from politics.

"Despite all internal and external pressure, the Givat Shaked project has been approved," minister Shaked told Israeli media earlier this month after a decision by a Jerusalem planning board.

"It is unthinkable to prevent development and construction in this area, or anywhere else in the city," she added, underscoring her conviction that all of Jerusalem is Israel's capital and rejecting any claims of Palestinian control over the city's east. 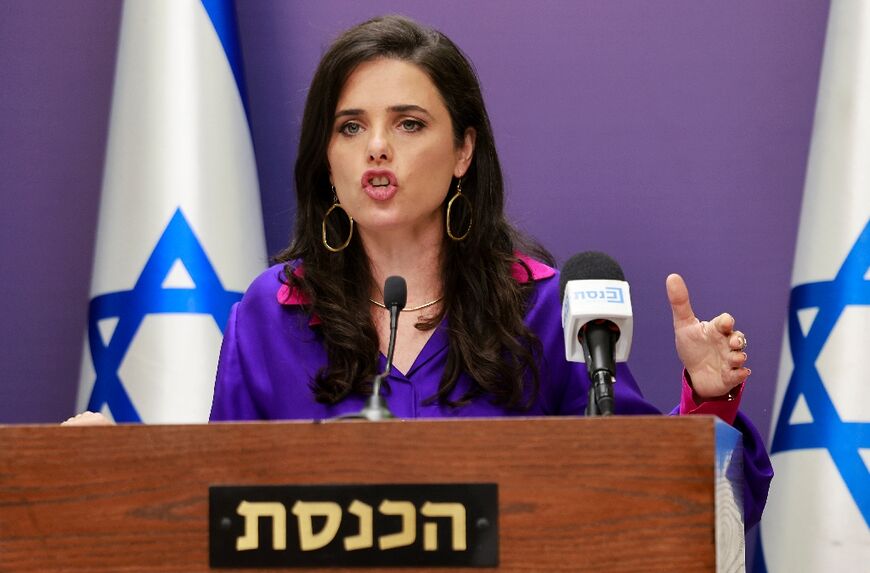 Shaked also stressed the need "to increase the supply of housing" in Jerusalem.

But Daniel Seidemann, founder of the anti-settlement watchdog Ir Amim, said such claims are disingenuous.

"If this was actually about housing needs, this area would be developed as it should be: as an organic part of the Palestinian neighbourhood.

"Instead the land is being ripped out of Beit Safafa and turned into an Israeli neighbourhood for geopolitical and ideological purposes." 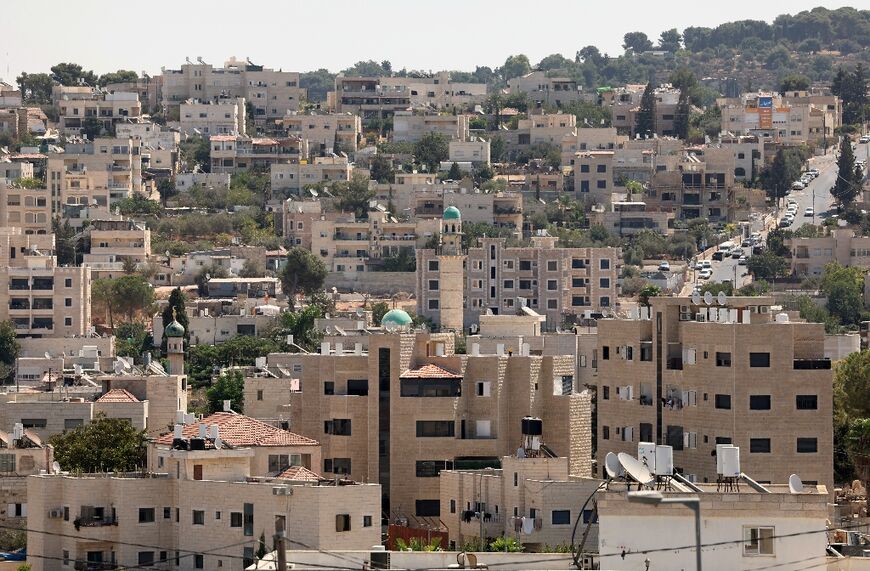 Beit Safafa, home to nearly 16,000 residents, lies on the Green Line and is tucked in the southwestern corner of east Jerusalem, making it particularly vulnerable to isolation.

It is already confined by two settlements, Gilo and Givat Hamatos, that lie to its south.

The proposed Givat Shaked towers could effectively sever the community from the broader Palestinian territories.

"It's like a Palestinian island," said Seidemann, who accused Israel of "trying to create an overwhelming Israeli presence in east Jerusalem that will fragment and marginalise Palestinians".

Palestinian homes in east Jerusalem are regularly demolished by Israeli authorities who insist they were built without proper permits -- which, Palestinians say, for them, are almost impossible to obtain.

Salman expressed his frustration over what he sees as a gross double standard, with settler high-rises given a green light while permits for Palestinian homes vanish into Israeli bureaucracy.

"We are not against building," he said. "But they have to think about us."