The Jerusalem municipality has moved forward on 540 new housing units in the controversial Har Homa neighborhood across the Green Line, a plan that will encircle Jerusalem on three sides. 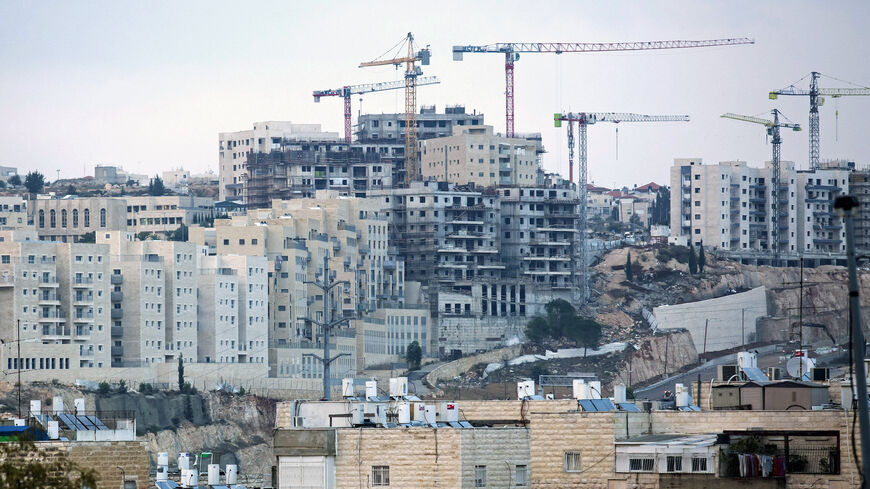 A general view of part of the Jewish east Jerusalem settlement of Ramat Shlomo is pictured on Nov. 16, 2020 in Jerusalem, Israel. - Amir Levy/Getty Images

Jerusalem’s Local Planning Committee has approved several plans for construction of new homes in the west and the east of the city. But one plan in particular irked leftist and anti-occupation groups: 540 new housing units to be built in the Har Homa neighborhood in the southeast of Jerusalem, beyond the Green Line.

The new plan includes two 30-floor towers, three buildings 12 floors tall, a large public green space, a new road, spaces designated for future public buildings and another open space for the preservation of an ancient aqueduct. The so-called Har Homa E area is an extension of the existing Har Homa neighborhood toward another Jewish neighborhood in the area called Givat Hamatos.

At present, Givat Hamatos is an area of mobile homes and caravans, but this could change in the near future. Last January, contracts were awarded for the construction of some 1,200 housing units there. These plans were also discussed at the April 7 Local Planning Committee meeting.

Israeli construction in the Jerusalem area outside the Green Line has been an internationally sensitive issue for over a decade. The European Union and United States have strongly objected to such plans over the years. While then-Vice President Joe Biden was visiting in 2010, Israel pushed forward plans for the construction of 1,600 housing units in the Ramat Shlomo neighborhood in the north of Jerusalem, across the Green Line. The move sparked a diplomatic incident between Washington and Jerusalem.

Israel would like to built in the E1 area east of Jerusalem to connect the West Bank settlement of Ma’ale Adumim with the Jerusalem municipality. Here, too, the United States and the European Union have been pressuring Israel for years not to build.

If the plans come to fruition, Ramat Shlomo in the north, the E1 zone in the east and Givat Hamatos and Har Homa in the south would envelop Jerusalem outside the Green Line in a large continuous municipal territory.

On April 5, ahead of the committee meeting, the nongovernmental organization Ir Amim warned against the Har Homa E plan. “Portrayed as an extension to Har Homa, the plan will rather establish an entirely new settlement over the Green Line in Jerusalem between Har Homa and Givat Hamatos. … If constructed, Har Homa E along with Givat Hamatos will complete Israeli territorial contiguity along the southern perimeter and sever east Jerusalem from Bethlehem and the southern West Bank, dealing a death blow to the prospect of a viable Palestinian state with east Jerusalem as its capital.’’

Ir Amim also noted that this is the first time since now-President Biden took office that Israel has advanced construction beyond the Green Line, “a move which should be seen as a challenge to the new administration.’’

Jerusalem Deputy Mayor Fleur Hassan-Nahoum dismissed Ir Amim's warning. She noted that the Har Homa plan was just one out of 27 discussed at the meeting, including plans for construction in Arab east Jerusalem neighborhoods.

“There is no drama here,” she said, noting that the planning process began five years ago.