Oil wealth flows out of Khuzestan, but many observers say the government has held back water and sewer service to the province whose population is nearly 40% Arab. 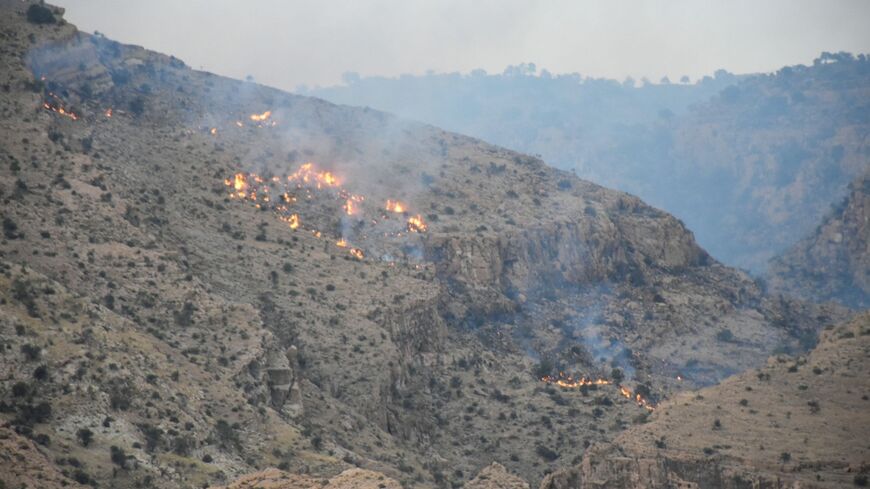 A picture obtained by AFP from Iranian news agency Tasnim on May 30, 2020, shows fires burning in a protected area in the Zagros mountain range, near the city of Behbahan in the Khuzestan province. - MILAD KHORASANI/tasnim news/AFP via Getty Images 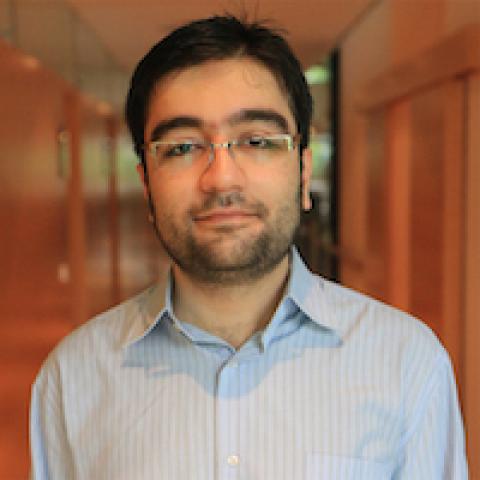 In the province of Khuzestan, where 74% of Iran’s oil is produced, water scarcity and poor air quality have made life increasingly untenable for the inhabitants.

The region suffers from protracted water stress, compounded by dust storms and extreme heatwaves. Many of its nearly 5 million people are considering migrating to other provinces with higher standards of living. The government has not made investments in the outdated infrastructure of the oil-rich region.

Earlier in September, the government announced the completion of Qadir, which the state-run Islamic Republic News Agency (IRNA) described as the “biggest water supply project of the century.” Drinking water will be made available to nearly 52% of the residents of  Khuzestan in 26 cities and more than 1,000 villages. The project was completed after a 12-year holdup. But the positive impact is not immediately verifiable.

The poverty rate in Khuzestan, bordering the Persian Gulf and home to nearly 500 oil wells, is 35%, above the national average of 31.4%. Unemployment at 12.6% is the third highest nationally, and the locals  are complaining about provincial authorities' corruption, megalomania and nepotism.

Many analysts believe the government neglects the province because of its demographic makeup — nearly 40% Arabs. Iran’s ethnic minorities, including Arabs, are viewed by the establishment as insufficiently loyal and susceptible to separatism.

Yet, although Khuzestan accounted for 14.8% of Iran’s gross domestic product in 2020 and was the second most wealth-producing province after Tehran, its riches often end up filling the coffers of the capital, while the indigenous people race climate change, intermittent water, electricity shortages, and recurrent dust storms.

In the dust storm during the last week of July, 541 Khuzestani people were hospitalized for respiratory complications.

While some of the dust is generated in Iran, "unfortunately much of it is transported from the neighboring countries of Iraq, Syria and Saudi Arabia,” said Soroosh Sorooshian, a distinguished professor of civil and environmental engineering at University of California, Irvine.

“Data from our 40 years of satellite precipitation observations show that there has been a downward trend in annual rainfall over the neighboring countries, and with winds blowing from west to east, large quantities of sand and fine dust particles are carried towards Khuzestan and most western provinces of Iran,” he told Al-Monitor.

In July, data from NASA showed Ahvaz, the capital of Khuzestan, was the world’s hottest city at 53°C. This pattern of freezing winters and blistering summers has been consistent for several years. In 2017, Ahvaz spiked to 53.7°C (128.7 degrees Fahrenheit), nearly crowned the world’s hottest spot, marginally trailing behind Death Valley in California.

But authorities have done little to mitigate the unsustainable status quo. The main battleground in the war with Iraq in the 1980s, Khuzestan has long been blighted by a dearth of sewage treatment plants, desalination facilities and water pipelines.

Last year, the Ahvaz MP Mojtaba Yousefi told local media that 702 villages in the Khuzestan Province didn’t have access to running water, which had circumscribed agricultural activity and led to livestock perishing in droves. He said at least 25 cities in the province suffer from water shortage, and only occasional tanker trucks provide meager intakes of water for drinking and hygiene.

“Like most parts of Iran, Khuzestan still doesn’t have a fully functioning wastewater collection and treatment facility. This means that a significant amount of waste, including human waste, ends up in our rivers and groundwater resources untreated,” said Amir Aghakouchak, a professor of civil engineering, environmental engineering, and earth system science at University of California, Irvine.