After protests, officials have promised to address the water issue in Iran’s southwest region. 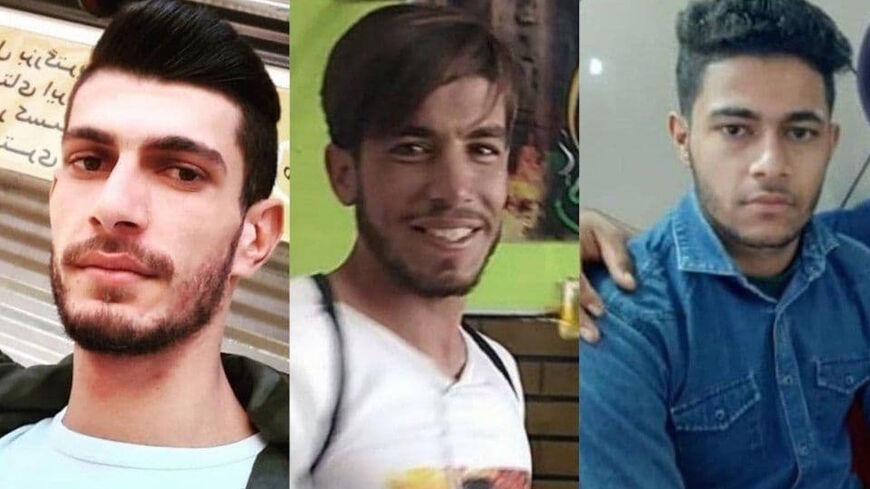 Three protesters killed during demonstrations against the water crisis are seen, from left to right: Ali Mazraeh, killed in Ahvaz, Mostafa Naeemawi, killed in Shadegan and Qasem Khozeiri killed in Kut Abdollah. -

Iran’s southwest region has been rocked by four consecutive nights of protests over access to clean drinking water. According to activists, three people have been killed so far in the oil-rich region of Khuzestan, which is home to a sizable ethnic Arab minority.

According to Human Rights news agency, the protests have been centered in the cities of Susangerd and Ahvaz. Security forces have reportedly fired on protesters in the city of Susangerd. According to Human Rights news agency other cities have joined the protest in support of Khuzestan, including the city of Mashhad in northeast Iran. In total over a dozen cities in the province have protested the lack of clean drinking water in the last four days.

In response to the protests authorities have shut down the internet in the area leading to an almost total internet shutdown in Khuzestan.

Various officials from different government agencies have vowed to address the issue of access to clean water in the province. President Hassan Rouhani said that he has ordered a special line of credit to be given to the province in order to address the water shortage, which he said was a result of a drought and extreme warm weather that has affected the entire country.

The approximately five million residents of Khuzestan acquire their drinking water from two rivers, both of which have run lower than previous years due to the drought in Iran. Some critics, however, have said that the water shortage problem is not just a result of a drought but also due to mismanagement, especially in the construction of dams in the more northern provinces.

Head of Iran's judiciary Gholam Hussein Mohseni Ejei said that a special delegation was sent to Khuzestan and provided a report to the Rouhani administration. He added, however, “It was performed late and investigations should not be limited to a single trip or a single report."

Regarding the shooting that has resulted in the deaths of three protesters, Mohseni Ejei said that prosecutors will investigate the incident, “that led to damage or deaths.” He continued, addressing the protestors, “do not allow enemies to take advantage of your rightful demands.”

President-elect Ebrahim Raisi has also been in touch with Khuzestan officials regarding the protests and the water shortage. In a conversation with the Supreme Leader's representative in the province, Raisi said that if the current administration is not able to address the current issues, within his first days of office he will form a special working group to address it.

Mohammad Nabi Mousavi Fard, the Supreme Leader's representative to Khuzestan, said that one of the issues is that there's going to be a transition to another administration, suggesting there is a problem of mismanagement. Raisi will take office Aug. 3 facing a number of issues, including the current protests in Khuzestan as well as the nuclear negotiations which have been delayed until he takes office.