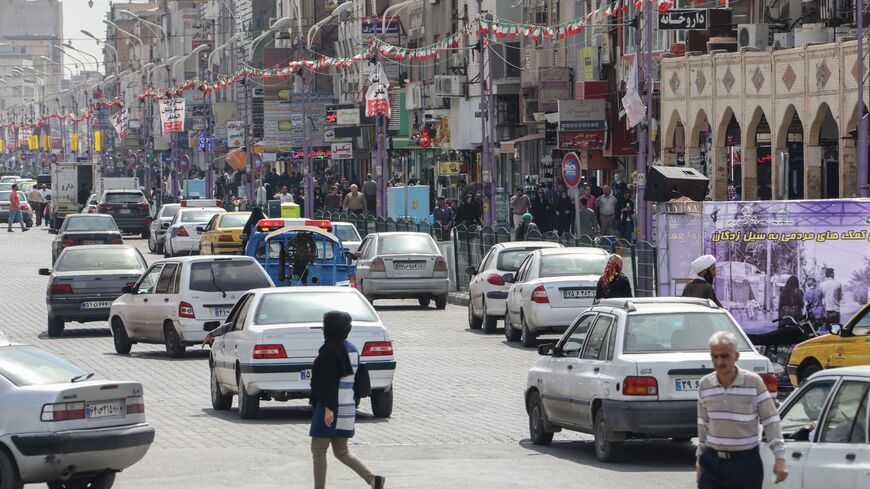 Protests seeking clean water have been taking place in the southwestern Iranian province of Khuzestan. Here, a street in the provincial capital, Ahvaz, is seen on April 11, 2019. - ATTA KENARE/AFP via Getty Images

Iran’s supreme leader praised the people of Khuzestan province Friday in an apparent response to continuing protests in the impoverished region.

“The people of Khuzestan are very loyal,” Ayatollah Ali Khamenei said in a tweet.

Oil-rich Khuzestan province in Iran's southwest has been the site in recent days of major protests against a lack of clean drinking water. Residents of the region, many of whom are from Iran’s Arab minority, also suffer from electricity cuts, poor air quality and neglect from the state, according to activists. Some protesters have been killed by security forces and internet access has been disrupted. The water issue is not new, and similar protests along with a government crackdown also occurred last year. There is some support for Arab nationalism in the area. Drought is one reason for the water issue, though some locals also blame government mismanagement.

Khamenei also praised the conduct of the people of Khuzestan during the Iran-Iraq war. When Iraqi ruler Saddam Hussein invaded Iraq, he thought that Arabs in Khuzestan would side with his forces. Locals did not welcome the Iraqi military as liberators, however.

“During the 8-year Sacred Defense (1980-88), it was the people of Khuzestan who were at the forefront of the problems & they truly stood up to defend the country,” said Khamenei, who was president of Iran during the bulk of the war. “I witnessed this from close up.”

“These people should not have problems and if this problem had been addressed timely, such dire situation would not have happened,” he said, according to the Islamic Republic News Agency.

The supreme leader also alleged that “enemies” were seeking to take advantage of the unrest, which could have been a reference to the separatist Arab Struggle Movement for the Liberation of Ahvaz that is active in Khuzestan.

“Enemy is seeking to take advantage of any opportunity for its benefit while noble people of the country should adopt wise steps in line with foiling their conspiracies,” said Khamenei.