Arab opposition groups are active in Iran's diverse and oil-rich area of Khuzestan, and a recent protest took place in the province against the lack of drinking water. 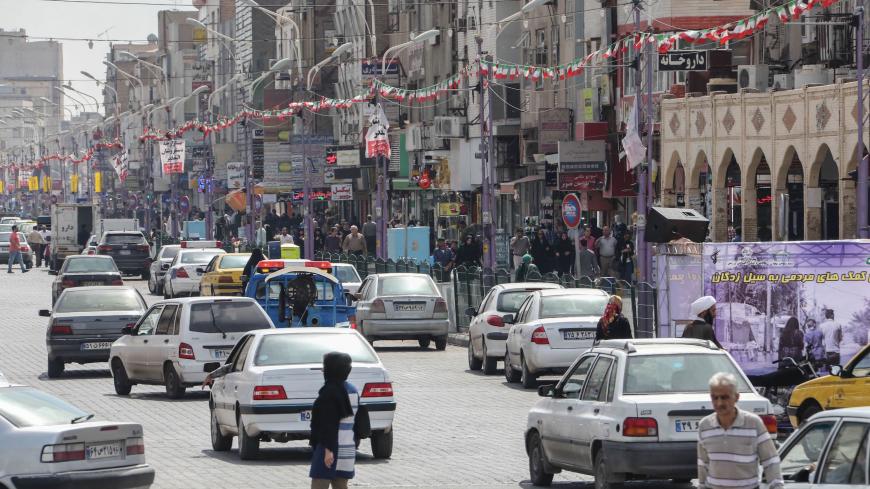 A partial view of a street in Ahvaz, the capital of Iran's southwestern province of Khuzestan, April 11, 2019. - TTA KENARE/AFP via Getty Images

The Iranian authorities have arrested members of a separatist group in the country’s southwest. The move follows a protest in the oil-rich Khuzestan province with a large Arab population.

Iranian police said they arrested 14 members of “takfiri and separatist groups” on Wednesday, according to the US government-funded Radio Farda, which covers news in Iran. “Takfiri” is an Arabic-language term referring to Muslims who commit apostasy. The Iranian authorities sometimes use it to refer to their enemies.

An Iranian police official in the province said that members of an unidentified group were arrested for flying their flag, Radio Farda reported, citing Iranian state media. Iran's state-owned Al-Alam News Network also reported that 14 people were arrested in the province for flying the flag and also opening fire on a police station. The official used the term “al-Ahvaziyoun,” which refers to opposition groups in Khuzestan such as the Arab Struggle Movement for the Liberation of Ahvaz (ASMLA), according to the outlet.

ASMLA fights for an independent Arab state in Iran’s Khuzestan province. It has been responsible for several attacks there, most notably a bombing of an Iranian military parade that killed tens of Iranians in 2018.

Khuzestan has also struggled with the coronavirus pandemic. Some businesses were shut down for a week this month after previously being allowed to reopen due to people not following social distancing guidelines, the provincial governor said at the time.

There have also been recent attacks on Iranian security forces in Kurdish-inhabited areas of western Iran. Three IRGC soldiers were killed in the Kurdistan province this month. Iranian forces also regularly shoot at Kurdish smugglers — known as "kolbars" — on the border, according to the rights group Hengaw.