Iran’s alleged involvement in bomb and assassination plots in Europe is putting pressure on the Rouhani administration as well as on Iranian engagement with Europe more broadly. 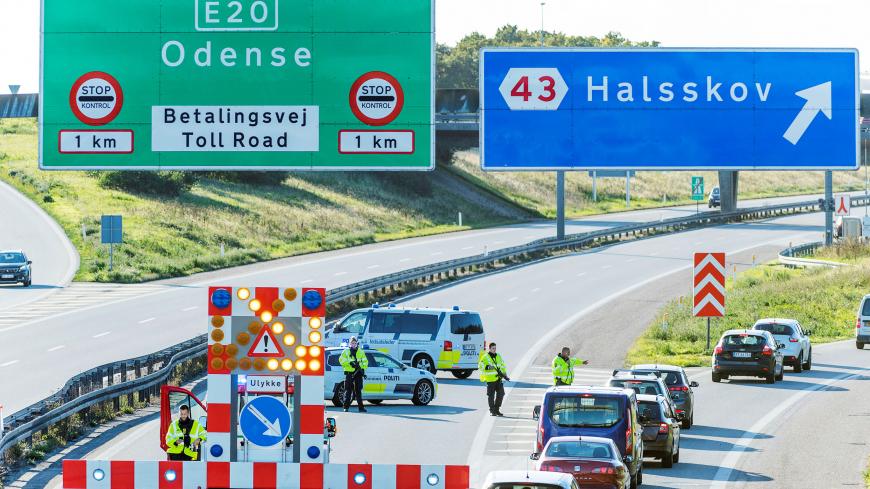 Denmark’s arrest of a Norwegian national of Iranian descent on suspicion of helping prepare assassinations of Iranian Arab separatists has put the administration of President Hassan Rouhani under pressure at a time when it is reeling from US sanctions both at home and abroad. Of note, the Trump administration has over the past year urged Europe to adopt a tougher position on Iran, referring to Iranian “terrorism” on European soil.

Danish Security and Intelligence Service (PET) chief Finn Borch Andersen on Oct. 30 announced that the Norwegian national had engaged in intelligence collection to target the exiled leader of the Arab Struggle Movement for the Liberation of Ahvaz (ASMLA), pointing the finger at “an Iranian intelligence agency.”

ASMLA is an Arab Iranian separatist group that has been linked to violence in Iran’s southwestern province of Khuzestan. Most recently, a spokesman for the Denmark-based group claimed responsibility for a Sept. 23 attack on a military parade in the provincial capital of Ahvaz that left over two dozen Iranians dead. In response, Iran summoned the British, Dutch and Danish envoys and called on Denmark and the Netherlands to extradite Iranian nationals on their soil who Iranian officials claimed were responsible for the attack. After the Iranian protestations, the Denmark-based group withdrew its claim of responsibility. Of note, Israeli media later reported that the Jewish state’s Mossad spy agency had assisted Denmark’s PET with thwarting the alleged assassination attempt.

Iran has vehemently denied any connection to the alleged plot, calling it the result of a “Mossad program to kill the JCPOA [Joint Comprehensive Plan of Action].” Al-Monitor has learned from Iranian sources that while a call for the extradition of the Iranian Arab separatists was made, no formal extradition request was issued.

The Denmark plot comes in the wake of a separate alleged Iranian bomb scheme in France in June, targeting the annual gathering of the France-based Iranian opposition group Mujahedeen-e-Khalq in a Paris suburb. French officials said the attack was foiled; as a result, a Belgian-Iranian couple was arrested and an Iranian diplomat posted in Austria was detained while on a trip to Germany. Iran has also firmly rejected any involvement in the French bomb plot, calling it a “false flag ploy” designed to sabotage Iran’s engagement with Europe to uphold the nuclear deal. Reports later confirmed that Israel’s Mossad spy agency alerted European authorities to the plot.

The alleged Iranian terror plots have raised multiple questions. The perhaps most important dimension is their timing, which is directly linked to the matter of who would stand to benefit from them the most. Here, the picture remains murky.

The Denmark plot was unveiled to the media Oct. 30. However, the arrest of the Norwegian suspect — which took place in Sweden — occurred Oct. 21. Moreover, Iranian Foreign Minister Mohammad Javad Zarif claimed in a Nov. 1 tweet that Israel’s Mossad spy agency had assisted in foiling the alleged plot on Oct. 29, the day before the PET chief’s press conference. Zarif also said the European Union had planned an Oct. 29 announcement on the long-awaited Special Purpose Vehicle (SPV) to sideline US sanctions.

Reports in recent weeks had indicated that the EU was planning to make the SPV announcement prior to the Nov. 5 reimposition of US nuclear-related sanctions, even though the implementation of the EU program would take months. To date, there has been no such announcement.

With reference to the bomb plot in France, Iran has pointed out that European authorities announced it to the media on the day of the arrival of President Hassan Rouhani in Austria for a state visit. Of note, the Austrian presidency in March 2016 announced that the Iranian president had canceled a scheduled visit at that time for “security reasons.” It is still unclear what those “security reasons” were.

It is also important to mention that on Oct. 2, almost three months after the alleged Paris plot, a French diplomatic source told news media, “Behind all this was a long, meticulous and detailed investigation by our [intelligence] services that enabled us to reach the conclusion, without any doubt, that responsibility fell on the Iranian intelligence ministry.” The source added that Saeid Hashemi Moghaddam, the Iranian deputy intelligence minister and the director general of intelligence, had ordered the attack and that the Austria-based Iranian diplomat had tried to implement it.

However, on Oct. 12, French President Emmanuel Macron walked back that claim, saying, “As you know, Iran is sometimes divided into different factions and tensions, and so I can’t say today whether the order came from the top or from this [security] service or that division.” A senior French official separately told media that the plot was likely to have been hatched by hard-liners bent on undermining Rouhani.

While the idea of rogue operatives in Tehran engaging in terror plots to torpedo the engagement between Iran and the European Union does not appear far-fetched, the Islamic Republic’s handling of the nuclear dossier in past years — as well as the alleged entity involved in at least one of the plots — cast doubt on the “rogue operative” thesis.

While the head of the Intelligence Ministry is generally seen as an appointee of Supreme Leader Ayatollah Ali Khamenei, the intelligence minister broadly answers to the president, not the supreme leader. This has particularly been the case under Rouhani.

Thus, the idea that a deputy of Alavi ordered a plot to undermine Rouhani is difficult to conceive. If anything, the most likely “rogue” actor engaged in alleged terror plots in Europe would be the IRGC’s Intelligence Organization. However, the latter assumption is also a problematic.

Iran has since 2013 exercised considerable discipline on matters related to the nuclear file. While factional sniping has been unrelenting with highly venomous hard-liner rhetoric and allegations aimed at both Rouhani and Zarif, in recent years there have been no “rogue” actions by the security services that could have been used to undermine dialogue with world powers, and Europe in particular.

For instance, the Nov. 19, 2013, bombing of the Iranian Embassy in Lebanon by Sunni jihadis, which left 23 people dead — including the Iranian cultural attache — came five days before the announcement of the interim Joint Plan of Action in Switzerland after unprecedented talks between Iran, the United States and five other world powers. Iran immediately blamed Israel. Yet there were no retaliatory attacks. Similarly, on Feb. 19, 2014, Sunni jihadis targeted the Iranian cultural center in Beirut, killing four people. The next day, Iran and six world powers announced in Austria that they had agreed on the framework of what would later become the Joint Comprehensive Plan of Action (JCPOA). In that instance, there does not seem to have been any "rogue" responses either.

Perhaps most notably, in the aftermath of the Denmark plot, Iranian hard-liners have sought to hold Europe to its engagement with Iran rather than call for an end to it on account of European accusations against the Islamic Republic or indeed the harboring of figures accused of involvement in terror attacks in Iran. For instance, the hard-line Kayhan daily — whose editor is appointed by Khamenei — called the Denmark plot “Europe’s plan to escape from fulfilling commitments [under the JCPOA].”

The murky nature of these alleged plots appear to be well understood by both the French and Danish governments, who can be assumed to neither have any motivation to implicate Iran in false flag operations nor to give the Islamic Republic a free pass on terrorism — and especially on European soil. Indeed, in the case of Denmark, the authorities have, while calling for EU sanctions to be imposed, refrained from even expelling the Iranian ambassador. As such, to prevent any damage to its engagement with Europe, Iran ought to explain itself with evidence that it is not involved in the plots if that is indeed the case. Conversely, France and Denmark should make clear to Tehran what groups such as the Mujahedeen-e-Khalq and ASMLA are doing on European soil that could promote violence within Iran. Most of all, there is a need for both sides to compartmentalize their issues so as to avoid a situation in which a nuclear crisis is added to the plate.