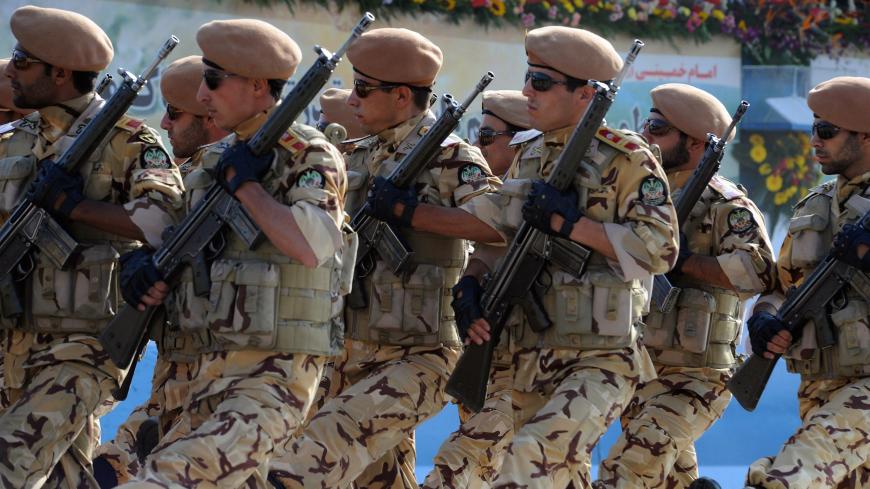 Iranian armed forces march during a parade commemorating the 31st anniversary of the Iran-Iraq war on Sept. 22, 2011, in Tehran, Iran. - Kaveh Kazemi/Getty Images

Three Islamic Revolutionary Guard Corps (IRGC) members died in a gunfight in a Kurdish-majority part of western Iran yesterday, according to multiple reports.

Unidentified gunmen killed a colonel and two other members of the elite military unit in Divandarreh, in Kurdistan province about 40 miles (65 kilometers) east of Iraq, The Associated Press reported. It cited Iran's Tasnim news agency.

The colonel, Shakiba Salima, fought in the IRGC for several years in Kurdistan, according to Press TV. The outlet reported the three IRGC deaths and also said a number of opposing fighters were killed.

There are several armed Kurdish groups in Iran’s Kurdish majority areas on its western border. These groups have attacked the IRGC in the area for years. Kurds there are also subject to violence from the state. Kurdish smugglers known as “kolbars” are frequently shot at by border guards as they cross into the Kurdistan Region of Iraq. Kurdish political prisoners are regularly executed in Iran, which has one of the highest rates of death penalty use in the world.

Press TV and The Associated Press did not say who killed the IRGC fighters. Hengaw, which reports on Kurdish rights in Iran, tweeted that the fight was with a “Kurdish party,” but did not specify which one.

Representatives of the Kurdistan Democratic Party of Iran and Komala — two of the Kurdish parties in Iran with armed factions — did not immediately respond to Al-Monitor’s request for comment. The Kurdistan Free Life Party, an affiliate of the Kurdistan Workers Party (PKK) in Turkey, also operates in Iran.