Though Erdogan’s outbursts at Greece are widely seen as an attempt to lure nationalist voters ahead of elections next year, his anger is fueled by some very real frustrations in the region. 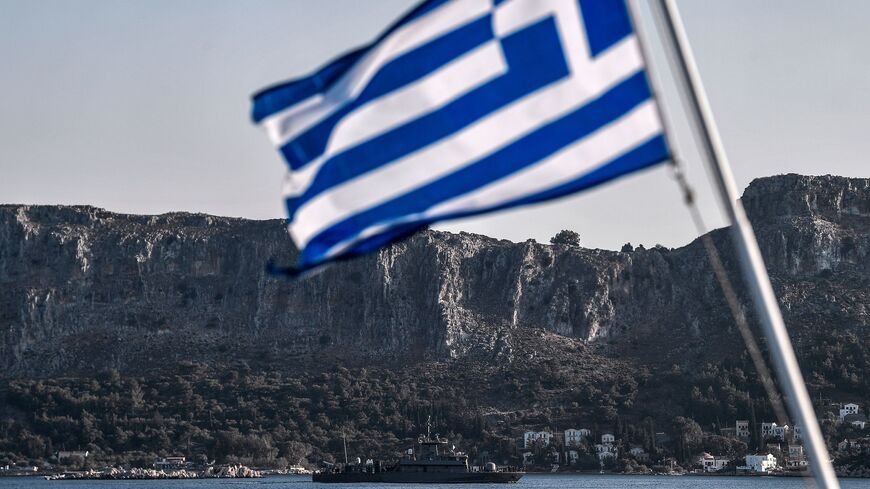 President Recep Tayyip Erdogan’s threats to Greece that the Turkish army “could come all of a sudden one night” — a phrase he has repeatedly used for Syria — have reverberated at home and abroad. The triggers of Erdogan’s anger, however, go beyond his oft-cited effort to woo nationalist voters ahead of elections next year.

Speaking at a public event on Sept. 3, Erdogan called on Greece to “look to history” and “not forget about Izmir” — a reference to the Turkish recapture of the Aegean city in September 1922 that marked the ouster of occupying Greek forces and the end of the Turkish Liberation War in the wake of World War I. “If you go too far, you’ll pay a heavy price,” Erdogan warned, denouncing Greece’s “occupation” of Aegean islands. “When the time comes, we will do what’s necessary. We could come all of a sudden one night,” he said. He reiterated similar warnings during his Balkan tour this week.

It’s the first time that a Turkish president has accused Greece of occupying islands in the Aegean, where the two neighbors have long been at loggerheads over an array of territorial disputes. The Turks lost the major islands in the Aegean during Ottoman times, and Ankara would not contest the ownership of islands given to Greece under international treaties. The current row has to do mainly with Greece’s militarization of islands and islets there in violation of the 1923 Lausanne Treaty and the 1947 Paris Peace Treaty. The two NATO allies came back from the brink of military conflict in January 1996 over the ownership of the uninhabited Kardak islets (Imia in Greek) after both sides attempted to plant their respective flags there. According to Turkey’s Foreign Ministry, Athens has been attempting to change the status of numerous islets whose ownership was not ceded to Greece by international treaties.

Erdogan did not say which islands Greece has occupied. His Justice and Development Party (AKP), in power since 2002, had hitherto denied claims by the opposition that Greece was occupying islands in the Aegean. The fate of the islands has long been a matter that opposition parties used to corner the AKP. According to them, the AKP was turning a blind eye to Greece’s occupation.

In 2004, for instance, the main opposition Republican People’s Party asked the government whether a number of islands on which the Greek flag had been planted belonged to Turkey, but its parliamentary question remained unanswered.

In 2015, the Nationalist Movement Party (MHP), which has since allied with the AKP, claimed that 16 islands had been occupied, raising a ruckus in parliament. Then-Defense Minister Ismet Yilmaz responded that no islands had been ceded to Greece other than those covered by the Lausanne and Paris treaties, arguing that the sovereignty of remaining islands and islets had passed “by the way of succession” to Turkey from the Ottoman Empire. “Greece has made some de facto moves, but a state’s de facto moves cannot change their lawful and legal status,” he said.

According to Umit Yalim, a retired colonel who served as the Defense Ministry’s secretary-general from 2009 to 2010, “As of today, 20 Turkish islands and two Turkish islets are under Greek occupation. Fourteen Greek military bases and 6,000 Greek soldiers have been deployed on our islands.”

In 2009, a Foreign Ministry representative reportedly said at a meeting at the General Staff that Greece “has been occupying the islands within the knowledge of the [Turkish] government.”

At a parliamentary debate in 2019, Foreign Minister Mevlut Cavusoglu rejected the idea, saying, “Whatever happened until the 1996 Kardak crisis happened. From that time on, no government holds any responsibility on the issue. There has been no de facto or legal change on any island.”

So why has Erdogan adopted the opposition’s discourse?

His outbursts against Athens are widely seen as an attempt to turn the tide in a heating rivalry over nationalist votes ahead of crucial elections by June 2023. Popular support for the MHP — the AKP’s de facto coalition partner — has been melting, while the nationalist Good Party — the second largest force in a six-party opposition alliance seeking to end Erdogan’s rule — has been on the rise.

The image of Greece as a defeated enemy has been deeply ingrained in the Turkish psyche since the establishment of modern Turkey in 1923 and remains a common denominator for most of the country’s political camps, from nationalists, conservatives and Islamists to the neonationalist leftists and social democrats. A Turkish military landing on one of the uninhabited Aegean islets could stir the nationalist passions of the masses.

Such a reading of Erdogan’s shift may be correct, but there are other aspects of the issue. Erdogan is not only adopting the sensitivities of an establishment that he once called a “military-bureaucratic tutelage regime” as political discourse, but is also reflecting his disappointment with failing to isolate Athens and tip the scale in the eastern Mediterranean to Ankara’s favor.

His primary disappointment stems from Greece’s growing importance for NATO as part of its deepening military ties with the United States. While Turkish-US relations remain fraught with a confidence gap and US sanctions against Turkey, Greece’s defense ties with the United States are growing, acquiring a strategic depth. The United States has attributed a major role to Greece in its policy of containing Russia and expanded its bases in the country, chief among them the one at Alexandroupolis near the Turkish border. For the Greeks, the growing US military presence on their soil is also a deterrence against a possible attack by Turkey.

Second, Greece aims to change the balance of power in the Aegean through a series of military purchases from the United States and France. Turkey has been expelled from the F-35 joint strike fighter program for buying Russian S-400 air defense systems, while Greece has moved to join the program, seeking to acquire up to 40 F-35 jets. Greece has also struck a deal for the upgrade of 84 of its F-16s and begun to take delivery of 24 Rafale jets ordered from France. With additional orders, it plans to have up to 40 Rafale planes by 2025. In short, Greece is aiming to seize air superiority in the Aegean in several years.

Turkey would fail to maintain its air superiority against a Greece equipped with F-35 and Rafale jets even if it manages to surmount US congressional barriers to its request to upgrade 80 F-16s and buy 40 new ones.

In its mediation efforts during the Turkish-Greek crisis in 1996, Washington made it clear that the party that shoots first will meet US censure. In light of its growing strategic partnership with Greece, Washington is likely to show more favor to Greece in any new face-off between the two neighbors.

While seeking to take military and strategic advantage from the Turkish-US rift, Athens has been making moves that come off as laying traps for Turkey. Last month, for instance, Ankara said Greece’s Russian-made S-300 air defense system on the island of Crete locked onto Turkish jets flying in international airspace. Speculation has it that a Turkish response to such a move or the activation of Turkey’s own S-400 systems might trigger fresh US sanctions, which would further strengthen Greece’s hand. Ankara is convinced that Athens is doing its best to hamper US approval of Turkey’s F-16 package. Just like Erdogan, Greek Prime Minister Kyriakos Mitsotakis appears to be looking for useful tensions as he, too, is gearing up for tough elections next year.

The third aspect of Erdogan’s frustration stems from Turkey’s failure to isolate Greece in the energy rivalry in the eastern Mediterranean. Turkey had initially put up a menacing posture to project military deterrence, but had to withdraw its ships from Mediterranean waters after its strategy led to sanctions from the European Union. Turkey’s ensuing efforts to normalize ties with Israel and Arab heavyweights were aimed, in part, at throwing a spanner in Greece’s web of alliances in the region. Yet, Israel, Egypt, the United Arab Emirates and Saudi Arabia have all shown they have no intention to break their partnerships with Greece for the sake of mending fences with Erdogan.

Turkey and Greece have tested each other countless times and mastered the policy of controlled escalation over the decades, leading observers to believe that they have the experience and prowess to avoid a war. Today, however, concerns that things might spiral out of control are emerging.