House members opposed to the emerging nuclear deal with Iran are requesting the administration provide them with the full text of any proposed agreement. 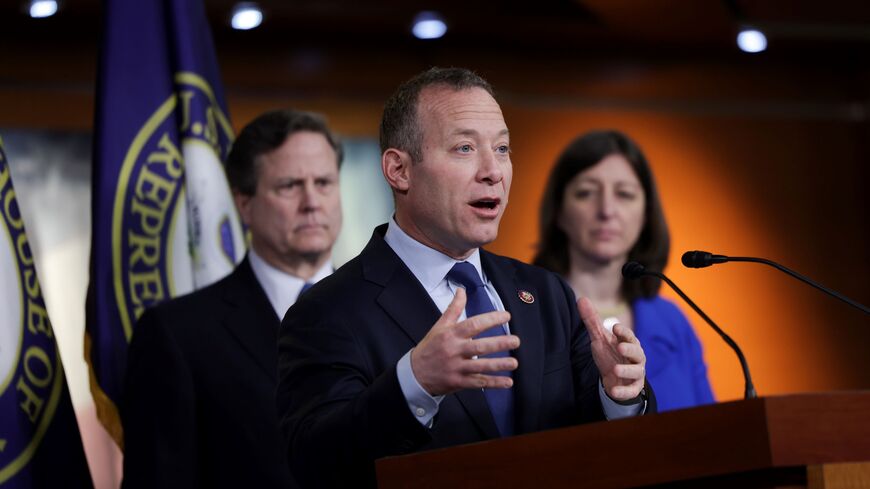 A bipartisan group of lawmakers offered a preview of the headache on Capitol Hill that awaits President Joe Biden should the United States reach a deal with Iran to resurrect the tattered nuclear agreement.

On Thursday, a letter to Biden signed by 34 Democrats and 16 Republicans in the House urged the president to provide Congress with the text of any proposed nuclear agreement and to consult with them before entering into one.

“We urge you not to return to any deal with Iran prior to releasing the full text of the agreement and any side agreements to Congress, to provide us with an in-depth briefing on the matter, and to consult with all key stakeholders,” read the letter led by Reps. Josh Gottheimer (D-N.J.) and Andrew Garbarino (R-N.Y.).

Members of Congress who oppose the nuclear deal known as the Joint Comprehensive Plan of Action (JCPOA) are mostly powerless to block its renewal. But under a law passed in 2015, they can still register their disapproval.

The Iran Nuclear Agreement Review Act requires the president to submit any new nuclear agreement with Iran to the Senate for a 30-day review. In theory, lawmakers could then pass a resolution disapproving the deal. but it would almost certainly fall short of a two-thirds supermajority needed to overcome a Biden veto.

More than a year of stop-and-start negotiations aimed at restoring the JCPOA gained momentum last month after Washington and Tehran provided written responses to what the European Union described as a “final” proposal to save the pact.

Iranian negotiators are currently reviewing the US feedback to their response on the draft deal, which would ease international sanctions on Iran in exchange for curbs on its nuclear program. A number of sticking points are said to remain, including economic guarantees and the fate of a years-long United Nations nuclear watchdog investigation into uranium traces found at three of Iran’s undeclared sites.

The congressional letter to Biden on Thursday expressed concerns that the agreement will dilute terrorism-related sanctions against the Islamic Revolutionary Guards Corps, the powerful Iranian military branch blacklisted by former President Donald Trump in 2019.

The Biden administration, however, has pushed back on reports that it was considering weakening due diligence or sanctions compliance standards for those conducting business with Iranian companies linked to the IRGC.

The letter sent Thursday references alleged terror plots against US officials and dissidents, saying, “this is no time to remove, suspend, or dilute U.S. terrorism sanctions on Iran or the IRGC.” Last month, the Department of Justice unsealed charges against a Tehran-based IRGC member accused of plotting the murder of former national security adviser John Bolton.

The administration has not promised to weaken the enforcement of sanctions as part of any deal with Iran, said the International Crisis Group’s Ali Vaez, who closely tracks the negotiations.

“One has to see it in the context of the amount of sanctions relief that is acceptable to JCPOA opponents — exactly zero,” Vaez said of the lawmakers’ letter. “Ideological opponents of the JCPOA are always going to find something to complain about."

The letter also raises concerns over Russia’s cooperation with Iran, including the recent delivery of Iranian-made combat drones for use in Ukraine and the potential for Tehran to help Moscow evade Western sanctions.

Russia is one of the JCPOA’s original signatories, along with France, Germany, China and the United Kingdom. Under the terms of the deal, it’s responsible for removing and storing Iran’s excess enriched uranium.

“We should not let war criminal Vladimir Putin be the guarantor of the deal or the keeper of massive amounts of Iran’s enriched uranium,” the letter reads.

Iran, meanwhile, says it is “carefully studying” the US response to the draft deal. An EU source told Al-Monitor this week that a new round of negotiations in Vienna is not expected, and that the parties would only return to the Austrian capital for the purpose of adopting a deal.

As Iran and the world powers inch closer to a possible agreement, Congress is gearing up for midterm elections in November.

“There’s a lot of posturing, particularly before the midterms, in an effort to show that you're tough on Iran,” said Barbara Slavin, director of the Future of Iran Initiative at the Atlantic Council.

“The administration has not yet cranked up the spin machine to defend the deal,” she said. “We're still waiting to see if the Iranians will accept it.”