US sanctions Iranian company over drone shipment to Russia

The Treasury Department also announced sanctions against three companies and one individual involved in drones used by the Islamic Revolutionary Guard Corps. 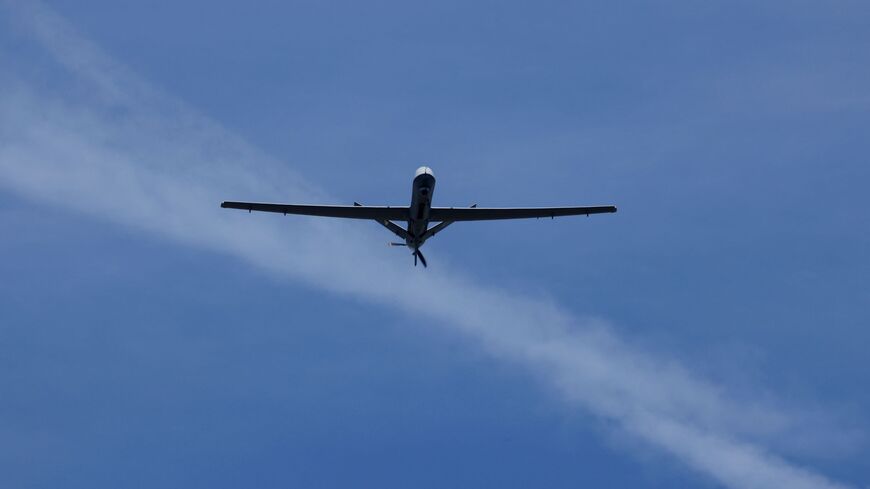 The United States on Thursday sanctioned an Iranian company it said was involved in the shipment of Iranian drones to Russia for use in Ukraine.

In a news release on Thursday, the Treasury Department accused the Tehran-based Safiran Airport Services of coordinating Russian military flights between Iran and Russia, "including those associated with transporting Iranian [drones], personnel and related equipment from Iran to Russia."

The department's Office of Foreign Assets Control also designated three companies and one individual it said were involved in the research, development, production and procurement of Iranian drones for Iran’s elite Islamic Revolutionary Guard Corps (IRGC) and its Aerospace Force and Navy.

“Russia is making increasingly desperate choices to continue its unprovoked war against Ukraine, particularly in the face of our unprecedented sanctions and export controls,” Brian Nelson, Treasury's under secretary for terrorism and financial intelligence, said in a statement.

In July, the White House released intelligence indicating Iran was preparing to send hundreds of armed drones to Russia to be used in Moscow's war against Ukraine. Late last month, the US military confirmed the delivery of Iranian-made combat drones, many of which it said had already malfunctioned.

“The United States is committed to strictly enforcing our sanctions against both Russia and Iran,” Nelson said, warning that “non-Iranian, non-Russian entities should also exercise great caution to avoid supporting either the development of Iranian UAVs or their transfer, or sale of any military equipment to Russia for use against Ukraine.”

Why it matters: The latest sanctions come as efforts to revive the landmark nuclear agreement between Iran and world powers have faltered.

For weeks, the United States and Iran have been trading feedback on what the European Union’s top diplomat, Josep Borrell, described as a final proposal to revive the deal, known as the Joint Comprehensive Plan of Action (JCPOA). On Aug. 1, the Biden administration described Iran’s latest proposal to revive the nuclear agreement as ”not constructive.”

“It is unfortunate that Iran’s response to us took us backwards,” State Department deputy spokesperson Vedant Patel told reporters on Wednesday, adding that the US is still studying Iran’s comments and will share its feedback with the EU soon.

The Trump administration withdrew from the deal in 2018 and re-imposed tough sanctions that have strangled Iran's economy. A restored JCPOA would ease sanctions on Iran in exchange for curbs on the Iranian nuclear program.

A number of sticking points are said to remain for Tehran, including its demand for economic guarantees and the closure of a years-long United Nations nuclear watchdog investigation into uranium traces found at three of Iran’s undeclared sites.

What’s next: A revived deal is not expected before the US midterm elections in early November. An Israeli official confirmed to Al-Monitor that the Biden administration told Israeli officials that a pact won’t be signed in the foreseeable future, as first reported by Zman Yisrael.

Know more: In this week’s Takeaway newsletter, Elizabeth Hagedorn and Andrew Parasiliti examine the latest hurdles to a deal and why neither side is willing to call it quits.