US warns Taliban to abide by Doha peace agreement

Washington has vowed additional strikes in Afghanistan if the Taliban does not move against Al-Qaeda. 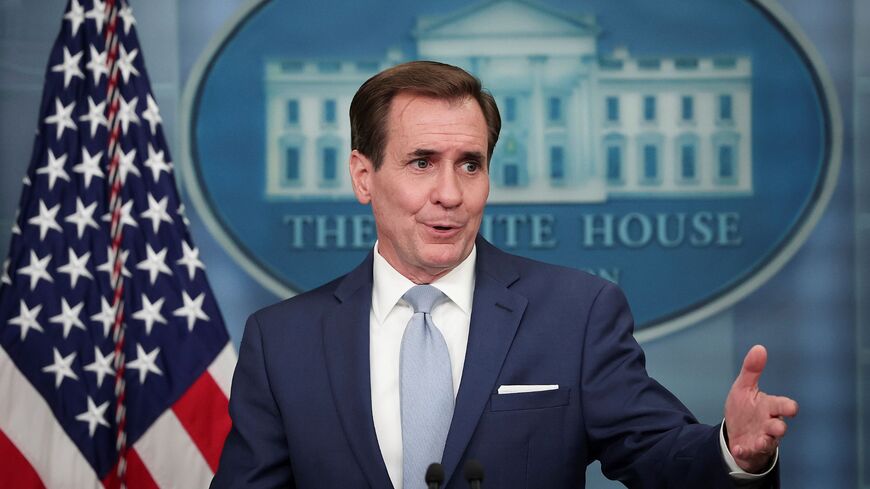 The Biden administration warned the Taliban government of Afghanistan on Tuesday that it would not receive the international engagement it seeks if it does not move against Al-Qaeda members in the country.

The admonishment came a day after the US killed Al-Qaeda’s top leader Ayman al-Zawahiri in a drone strike on his safe house in downtown Kabul on Sunday.

The strike was the first targeted killing by the US in Afghanistan since US and NATO military forces withdrew from the country last year. A senior American official said yesterday that members of the Taliban government knew al-Zawahiri was there and had acted to cover up his presence following the strike.

The 2020 Doha peace agreement between the US and the Taliban requires the Taliban to guarantee that terrorist groups won’t use Afghan soil as safe haven to threaten other countries.

"They claim they want financing. … So, if that’s true, if that’s what they really want, then it would behoove them to pay close attention to what we just did over the weekend and to meet their agreements under the Doha agreement.”

US Secretary of State Antony Blinken said in a press release on Monday that the Taliban’s “hosting and sheltering” of Zawahiri in Kabul “grossly violated the Doha agreement” and previous assurances to the international community.

“They also betrayed the Afghan people and their own stated desire for recognition from and normalization with the international community,” Blinken said. The Taliban on Monday condemned the US strike, accusing Washington of violating of the Doha agreement, but omitted any mention of its target.

Why it matters: The US froze some $7 billion in assets belonging to the Afghan Central Bank after the Taliban's sudden takeover of the country last year. Biden signed an executive order in February to split the money between a humanitarian fund for Afghan civilians and families of victims of the Sept. 11, 2001 attacks.

The funds remain frozen, and Kirby's remark suggests Zawahiri's discovery in Kabul marks a setback for diplomatic efforts towards unlocking the $3.5 billion.

Washington has repeatedly called on the Taliban to live up to its promises. In March, the Taliban backtracked on a vow to allow Afghan girls to attend school across the country, saying it needed more time to determine how such a plan could be carried out in accordance with Islamic law. Western governments have conditioned aid and potential future relations with the Islamist government on allowing Afghan girls to obtain education.

"For the past year, you've seen that perhaps no leverage that the US and the West thought it had – aid, sanctions, the freezing of Afghanistan's reserves – has really had an effect on Taliban behavior," said Madiha Afzal, a fellow at the Brookings Institute in Washington. "The Taliban has essentially done what they had always done."

"The Afghan people have been in a humanitarian crisis because the Taliban hasn't budged," Afzal said.

What’s next: White House officials have said US will continue to conduct strikes against Al-Qaeda officials in Afghanistan regardless of Taliban permission.

Kirby noted on Tuesday that a “small” number of Al-Qaeda personnel remain in the country, but declined to preview specific steps the US government may take if the Taliban does not abide by the agreement.

US officials also plan to discuss expectations with the Taliban that Mark Frerichs, a US citizen held hostage by the Islamist group since 2020, will remain safe, a White House official said yesterday.

The State Department said Tuesday that it anticipates Al-Qaeda retribution against US citizens for Sunday's drone strike.