The US and the Taliban traded accusations of violating a key 2020 accord after Al-Qaeda leader Ayman al-Zawahiri was killed by a US drone attack in a part of the Afghan capital long known for its ostentatious villas. 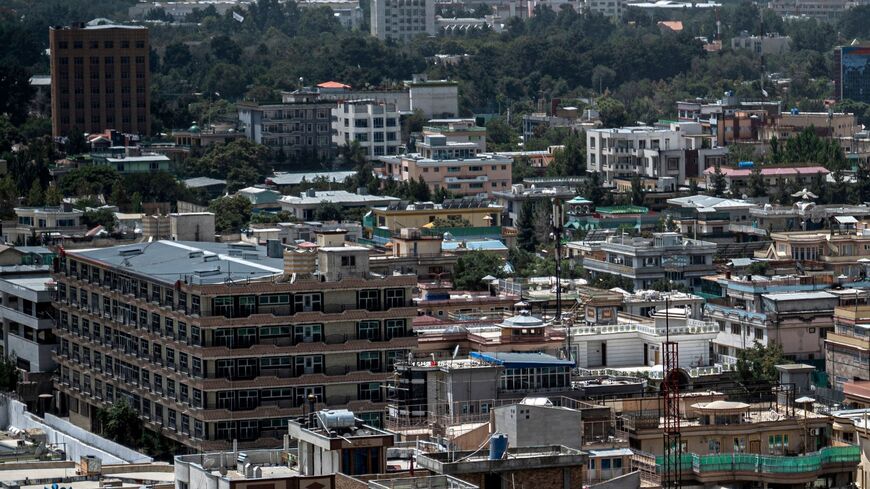 This photograph taken on Aug. 2, 2022 shows a view of the Sherpur area in Kabul. US President Joe Biden announced on August 1 that Al-Qaeda chief Ayman al-Zawahiri had been killed by a drone strike in the Afghan capital. - WAKIL KOHSAR/AFP via Getty Images

It was long widely assumed that al-Qaeda leader Ayman al-Zawahiri, if still alive, had little influence left in the competitive sphere of global jihadist enterprises.

The announcement of his death on July 30 may thus be less significant than the location: a balcony in a Kabul neighborhood known for its luxurious homes, where he and members of his family had been living for months.

A US Hellfire missile mounted on a drone seems to have been the weapon used, while the US Central Intelligence Agency likely led the operation. The Aug. 1 National Security Council briefing transcript noted only, “As with all similar operations, various parts of the counterterrorism community collaborated closely to plan and execute this complex operation."

The Egyptian Zawahiri had led al-Qaeda since former leader Osama bin Laden was killed by a US Navy SEAL operation in 2011 across the border in Pakistan. Al-Qaeda has been diminished in recent years compared with its offshoot and rival the Islamic State (IS), but maintains branches in multiple countries.

A local source told Al-Monitor on condition of anonymity that he had visited the wealthy area where Zawahiri was killed in recent weeks. Compared with a year ago, “the roads are not as busy” and there are few women in the streets, he said, but the Taliban have stationed security forces and checkpoints in the same places and businessmen are still in their luxurious homes. Their style is referred to as “narco-tecture” due to the alleged connection to drug trade money.

Last August, shortly before the Taliban takeover of the capital, a suicide car bomb attack took place in the same area, targeting the home of the Afghan defense minister at that time. Eight people died in the attack, which was claimed by the Taliban.

Complex attacks in urban environments in Afghanistan have for over a decade been seen as the hallmark of what the US refers to as the Haqqani Network, which was listed as a terrorist organization by the US in 2012.

Taliban officials have at times denied that such a network exists, while some US officials continued claiming even in late August last year that the Haqqani Network and the Taliban were separate entities.

The leader of the Haqqani network, Sirajuddin Haqqani, is now the Taliban’s interior minister. The US still officially offers a $10 million reward for “information” on him. Some reports stated the home in which Zawahiri had been living is owned by a close associate of Haqqani.

Only a few days before Zawahiri was killed, Haqqani said in an interview with an Indian TV channel that Al-Qaeda "has no presence in Afghanistan" and is an "already dead outfit.”

Many Afghans have long warned that the country may become a breeding ground for jihadists with international ambitions following the Taliban takeover.

A 2020 accord known as the Doha agreement between the US and the Taliban was heavily criticized by many Afghans after it was signed, including two members of the government negotiating team in Kabul who spoke to Al-Monitor in the weeks prior to the August 15, 2021 Taliban takeover. Among other things, it resulted in the mass release of thousands of Taliban fighters from Afghan jails.

Pentagon officials later said the deal played a large role in the collapse of the former Afghan government.

A 2021 UN report prior to the Taliban takeover stated that al-Qaeda was at that time present in at least 15 Afghan provinces and operating "under Taliban protection from Kandahar, Helmand and Nimruz Provinces.”

The Aug. 1 briefing on Zawahiri’s killing stated, “Senior Haqqani Taliban figures were aware of Zawahiri’s presence in Kabul” and that “Zawahiri continued to produce videos once he arrived at the safe house.”

The Taliban seem, in any case, to harbor larger ambitions. In May 2022, they issued a 312-page manifesto for “establishing a godly state on earth.” Notably, the manifesto was written in Arabic and not Dari or Pashto, the two main languages of Afghanistan.

A vacancy notice issued in late July for jobs within the Haqqani-run interior ministry was released in English, calling for applications for IT roles such as “Penetration Tester” and “Malware Analyst.” It was unclear whether foreign nationals could be recruited for these positions.