Saudi Arabia and Israel praised the operation which killed the Al-Qaeda leader; a Syrian jihadist group appeared to offer condolences. 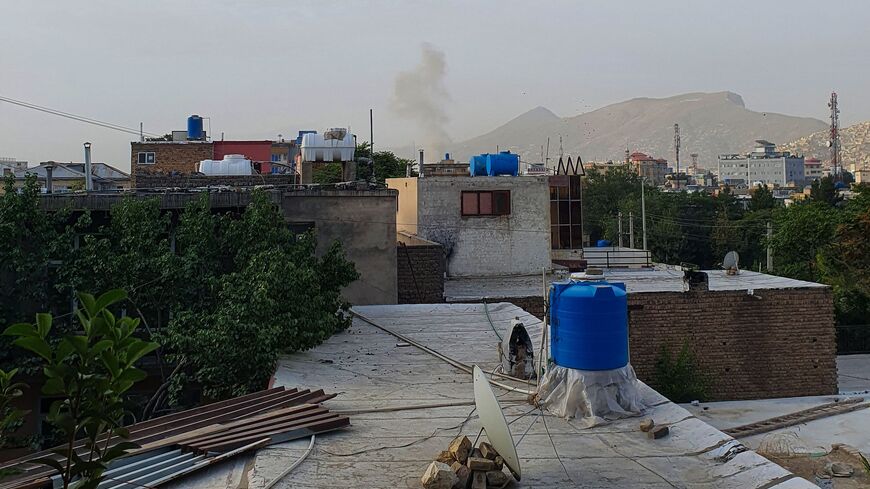 In this photograph taken on July 31, 2022, smoke rises from a house following a US drone strike in the Sherpur area of Kabul. US President Joe Biden announced on Aug. 1 that al-Qaeda chief Ayman al-Zawahiri had been killed by a drone strike in the Afghan capital. - AFP via Getty Images

Al-Qaeda leader Ayman al-Zawahiri was killed in Kabul, Afghanistan, by a US drone strike, US President Joe Biden announced yesterday.

Zawahiri was a medical doctor from Egypt who became active in Egyptian Islamic Jihad in the 1980s. After being released from prison over the group’s involvement in the assassination of Egyptian President Anwar Sadat, Zawahiri joined al-Qaeda and was cemented as Osama bin Laden’s No. 2 in the years leading up to the 9/11 attacks. After bin Laden was killed by the US military in Pakistan in 2011, Zawahiri became the leader of al-Qaeda.

Reactions to Zawahiri’s death in the Middle East have been mixed.

The Saudi Ministry of Foreign Affairs said it “welcomes” Biden’s announcement in a statement today. The Gulf kingdom referred to Zawahiri as a “terrorist” responsible for the “planning and execution of heinous terrorist operations” against the United States as well as Saudi Arabia.

Al-Qaeda has carried out attacks in Saudi Arabia before, such as against the US Consulate in Jeddah in 2004.

“The world is a safer place today,” Lapid said on Twitter today.

Al-Qaeda has a limited presence in the Palestinian territories A relatively small al-Qaeda affiliate known as Tawhid al-Jihad operates in the Gaza Strip.

HTS was formerly known as Jabhat al-Nusra, which was al-Qaeda’s affiliate in the Syrian civil war. The group rebranded as HTS in 2017 and merged with several other Islamist rebel groups, formally distancing itself from al-Qaeda. Some observers allege that HTS remains affiliated with al-Qaeda, though HTS denies this.

HTS dominates the Idlib province of northwest Syria, which is one of the few remaining rebel-held areas in the country.

"The killing of the al-Qaeda terrorist organization's leader represents a strong message that there is no safe place for terrorism nor terrorists," the ministry said in a statement today.

For its part, the Islamic Emirate of Afghanistan condemned the drone strike in Kabul in a statement. The country, which is now run by the Taliban, did not mention Zawahiri in the statement.

Zawahiri’s native Egypt did not appear to comment on his death.