Egypt's tumult and coup will become central points in al-Qaeda’s narrative for years to come, also giving rise to al-Qaeda's next generation. 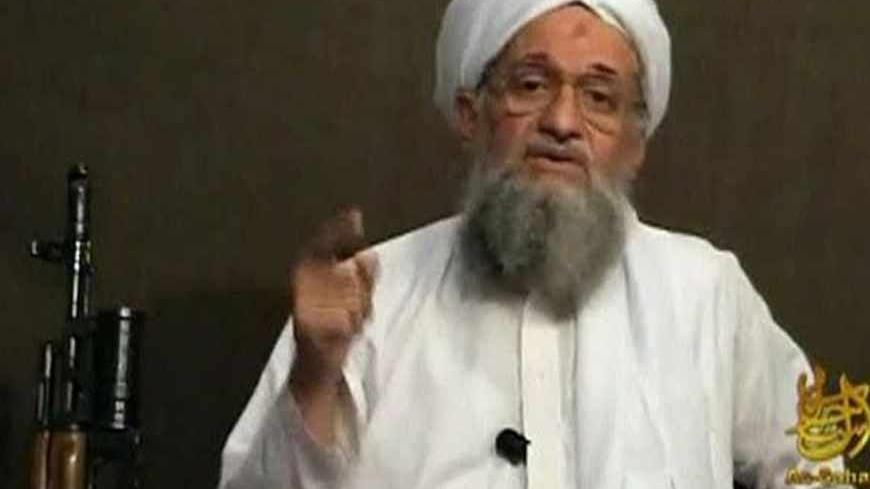 Ayman al-Zawahri speaks from an unknown location, in this still image taken from video uploaded on a social media website, June 8, 2011. - REUTERS

The coup d’etat in Cairo and the bloodshed since then has validated al-Qaeda's narrative more powerfully than any event in the last two decades.

The future of global jihad is being defined in Egypt this summer. The next generation of al-Qaeda is being born.

The 2011 Arab awakening caught al-Qaeda by surprise and challenged its narrative that peaceful change was not possible in the Arab world. Twitter and Facebook toppled Hosni Mubarak’s pro-Western dictatorship, not terror and jihad.  A democratically elected Islamist government took power largely without violence. Even worse, al-Qaeda’s hated rival, the Muslim Brotherhood, which proclaimed that Islam, not jihad, was the answer, ascended to Egypt’s presidency. Mohammed Morsi’s government maintained peace with Israel and ties to America.

Al-Qaeda’s Egyptian leader Ayman al-Zawahiri was almost incoherent initially in lengthy commentaries on the Arab Spring. Zawahiri has always argued that elections and democracy are false paths to real change and Islamic government in the Muslim world.  He ridiculed the Brotherhood in an endless series of books and lectures as naïve for abandoning violence for politics. Zawahiri warned that the “deep state” of the army and the mukhabarat  (secret police) would never really yield power.

Somewhere in a hideout between Kashmir and Karachi in Pakistan, Zawahiri is now saying: “I told you so!”

In Zawahiri’s view, Egypt’s reigning general, Abdel Fattah el-Sisi, is just another Anwar Sadat, a traitor to Islam who shall sooner or later be assassinated — and Egyptians should follow the path of Muhammad Atta, the Egyptian who led the 9/11 hijackers, and resort to terror against the near enemy, the Egyptian army, and the far enemy, America, which has armed and trained  Egypt's military since Sadat made peace with Israel in 1979.

With more than 1,000 Egyptians already “martyred” by the military, Zawahiri does not need to persuade a majority of Egyptians or other Muslims to join the global jihad.  A minority of fanatics is more than sufficient to conduct terror. Al-Qaeda sees itself as a vanguard movement, not a popular one. “Knights” such as Atta show the way; they don’t seek mass approval.

The jihadists already have a base in the Sinai where dozens of Islamist ex-prisoners have fled since the 2011 revolution. Some have already proclaimed their loyalty to Zawahiri. The Egyptian army, with Israeli encouragement, is trying hard to regain control of the peninsula.

The Sinai is an attractive base for al-Qaeda. Unlike the Nile River valley and delta, the Sinai offers many places to hide out. The native Bedouin population is deeply alienated from the army and Cairo. The Sinai is a perfect base from which to attack Israel, especially Eilat. Arms have flowed to the area from Libya for two years. Finally the Sinai is next to Gaza, where Hamas has lost its Brotherhood patron in Cairo and has been facing an underground Salafist movement for several years. Hamas' vulnerability may open more doors for al-Qaeda.

Washington appears to be a bystander in this struggle. Even if the Obama administration cuts aid to the Egyptian army, al-Qaeda and its sympathizers will say the action comes far too late after 30 years of backing Mubarak. But US interests are hugely at stake. This summer's events in Cairo will become central points in al-Qaeda’s narrative for years to come. Much like the 1953 coup against Iranian Prime Minister Mohammad Mossadegh, which still enrages Shiite Iranian militants 60 years later, Sisi’s coup may inspire Sunni jihadists for many years to come.

With al-Qaeda already rejuvenated in Iraq and Syria and entrenched in Yemen and Libya, the Egyptian crisis promises to further complicate and perpetuate the global jihadist threat.