Israel’s Lapid calls on Europe, US to stop talks on final nuclear deal draft with Iran

After Tehran submitted its reaction to the European Union’s final nuclear deal draft, Prime Minister Yair Lapid is campaigning against the world powers continuing to negotiate with Iran. 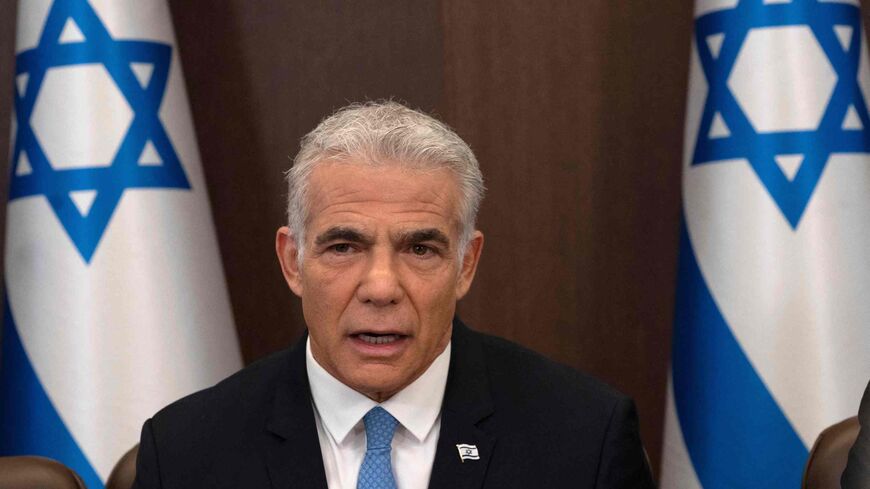 Briefing journalists, a senior Israeli official said Aug. 18, “The Europeans sent Iran a final offer, which doesn’t even meet the demands that the Americans committed to, and established that this offer was ‘take it or leave it.' Iran turned down the offer, and the time has come to get up and walk away. Anything else sends a strong message of weakness.”

The official also said that the world must now discuss what must be done in order to prevent Iran from reaching nuclear weapons capacities. “Israel, as everyone knows, is not obligated by anything and will do what it needs to stop a nuclear Iran and prevent Iran from using its terrorist proxies in the region,” he said. “The United States knows and recognizes this,” the official said. Lapid, he added, will continue to make calls to Western leaders and diplomats in the coming days, to relay the same message.

According to the official, Prime Minister Yair Lapid expressed this message in a phone call Aug. 18 with German Chancellor Olaf Scholz, and in talks with senior US officials US Ambassador Tom Nides and Florida congressman Ted Deutch, chairman of the House Subcommittee on the Middle East, North Africa and Global Counterterrorism. Referring to his conversation with Scholz, Lapid tweeted Aug. 18, “We also discussed the Iranian threat. Iran cannot be allowed to endlessly buy time in Vienna.” Israel’s national security adviser Eyal Hulata is set to travel to Washington next week, to relay the same message to his American counterparts.

Defense Minister Benny Gantz also met Aug. 18 with Deutch. "it was a pleasure to host congressman Ted Deutch for an important discussion about the ironclad bond between Israel and the United States and the opportunities and challenges we face together. On the agenda: the Iranian nuclear and regional threat, growing regional ties and Palestinian affairs,” tweeted Gantz after the meeting. On Aug. 16, Gantz also spoke on the phone about Iran with US Secretary of State Lloyd Austin.

The Israeli briefing came on the backdrop of Tehran’s response to the European Union draft for a renewed nuclear deal. One component of the European final draft offers Tehran a compromise on its demand to end the International Atomic Energy Agency (IAEA) investigation into traces of nuclear material found at Iranian undeclared sites. It says that parties to the agreement would not oppose the closing of the investigation if Iran gives credible responses as to the origin of the nuclear traces. Tehran reportedly did not accept the compromise.

At the briefing, the Israeli official noted, “The IAEA report from the end of May says that Iran is not giving credible explanations on the open [investigations], which should light a bright red light for the international community.”

Since Iran handed its response to the draft, Jerusalem has been careful not to issue any public statement on it. Israeli officials are divided in their assessments on whether Tehran’s response to the final draft actually means it is interested in signing an agreement. Since Iran handed its response to the draft, A senior Israel official told Haaretz Aug. 17 that Tehran’s response indicates that it is changing its approach. Another official presented a more cautious assessment, saying, “A channel is beginning to develop that could lead to an agreement, even if the likelihood of that is low.”

Reports in Israel estimate that the EU is veering toward conceding on one of Iran’s key demands, namely the closing of the IAEA investigation.